You are here: Home / Books / Rosie: Stronger than Steel by Lindsay Ward Children’s Book Review
Thanks for sharing!

Welcome to the Worth Melting for Giveaway Hop! I’ve got this delightful children’s book for one of my US readers: Rosie: Stronger Than Steel by Lindsay Ward. The giveaway has ended. 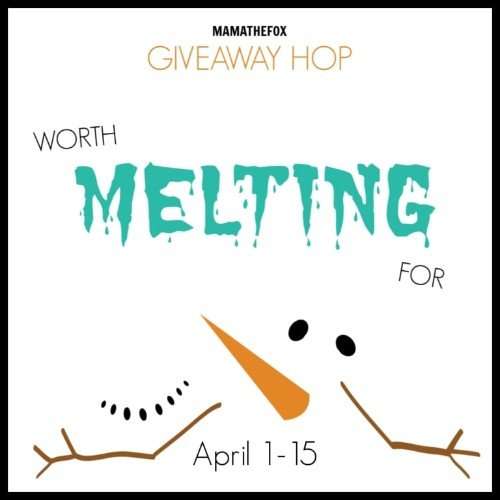 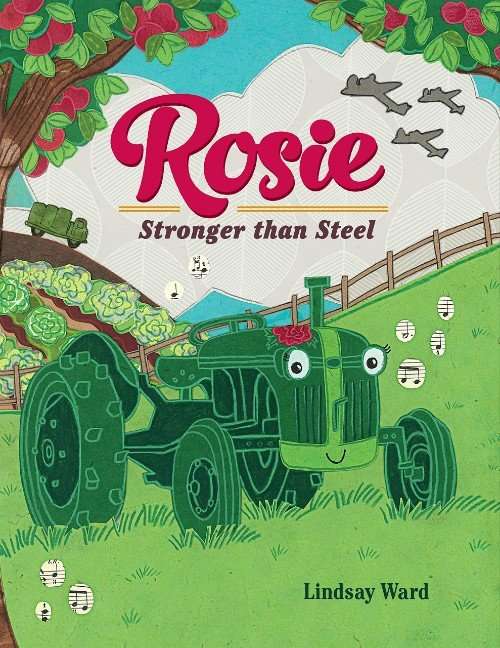 A brave tractor farms for freedom in a story inspired by women who acted with courage and strength in American factories and on British farms during World War II.

This is our Rosie,
stronger than steel.
She’ll plow all the land
with a turn of her wheel.

Built by women in the United States and sent to England to dig and plow alongside female farmers during World War II, Rosie the tractor does whatever is needed to support the war effort. She works day and night to help grow crops for the troops…even when she has to hide in the fields. This is because she knows, like the women who built her and the women who farm with her, that they all must do their part.

Inspired by the group of American women collectively known as “Rosie the Riveter” and the British Women’s Land Army, this is a story about taking action and coming together for the greater good.

Lindsay included an extensive author’s note, and it’s fascinating to read about how women were so crucial to sustaining the people on the home front. U.S. women–Rosie the Riveters–helped build equipment for the Women’s Land Army in the UK so they could farm and feed the British families.

“More than the sum of its parts, this is a wildly successful and well-researched shaping of the picture-book form to true historical sheroes.” —Kirkus Reviews (starred review)

“This ‘little tractor that could’ sort of tale pays tribute to the iconic Rosie the Riveter persona from the US and the British Land Girls of the Women’s Land Army during WWII. Fans of Loren Long’s Otis, Virginia Lee Burton’s Katy, and like sturdy, dependable workhorses will welcome Rosie into the fold, but the historical perspective adds an unusual dimension to her story.” —Booklist (starred review)

“Vocabulary is rich, and the younger set will appreciate the intermittent rhymes. The style of Ward’s colored pencil and cut-paper illustrations reflect the period of the tale. This historical fiction tale will serve better in a unit or lesson plan on women’s history theme than one on transportation.” —School Library Journal

“Ward emphasizes the role that many women played during WWII in this cadenced story narrated by a big-eyed emerald tractor christened Rosie…If the war feels distant in Ward’s brightly abundant scenes of women at work, bright mixed-media art lends the book an appropriate air of nostalgia. An author’s note and timeline offer historic details.” —Publishers Weekly

My review of Rosie: Stronger than Steel

I’m sure most of us know the name “Rosie the Riveter.” But did you know about the tractors women built during WWII? Do you know about the Women’s Land Army in the UK? Rosie: Stronger than Steel tells the story of these groups of women. Though young children won’t understand as much as we adults will, this is a good way to introduce them to these dedicated women who helped win the war with their efforts on the homefront.  It’s also a way to teach your children a little about women’s history. The book is fun, colorful, and educational. I liked reading the author’s note in the back of the book. I learned things that I didn’t know about these women too! 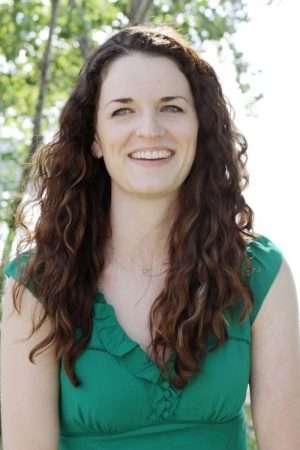 Lindsay Ward is the creator of the Dexter T. Rexter series, as well as This Book Is Gray; Brobarians; Rosco vs. the Baby; and The Importance of Being 3. Her book Please Bring Balloons was also made into a play. Lindsay lives with her family in Peninsula, Ohio, where she often sees tractors from the 1930s and 1940s. Learn more about her online at www.lindsaymward.com.

One lucky winner will receive a copy of Rosie: Stronger than Steel, courtesy of Two Lions (U.S. addresses).

Thanks for sharing!
« 2 Children’s Books for Earth Day Extreme Ocean and Beloved and the Pepper Tree
Her Motherhood Wish by Tara Taylor Quinn Book Blitz »