You are here: Home / Entertainment / Watch The Addictive BBC One Drama Gold Digger on Acorn TV May 2020

Have you tuned in yet?! Once you do, you’ll be hooked! Sparks fly on GOLD DIGGER, Acorn TV’s new, electric relationship thriller. The show stars Emmy-winning actress Julia Ormond, as a conflicted 60-year-old woman who finds a new lease in life when she falls in love with a mysterious, much younger man played by Ben Barnes. 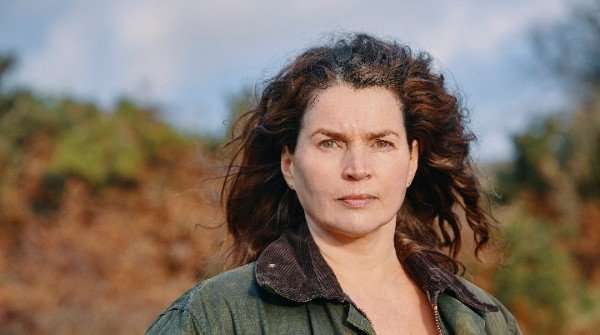 Mother first, wife second, woman last — Julia Day has spent her whole life putting the needs of others before herself. Now she feels she’s found a new beginning with Benjamin Greene, a man 25 years her junior. 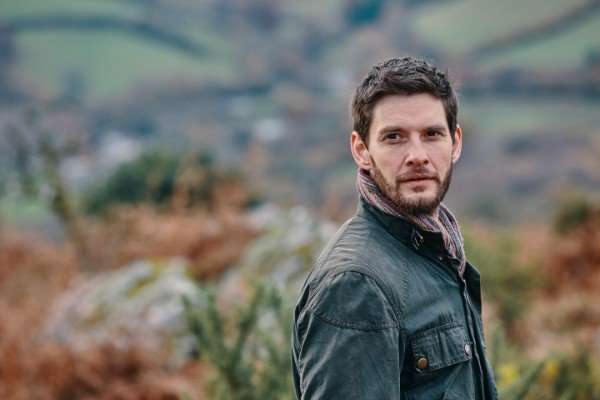 Julia is a recently-divorced woman who’s feeling increasingly detached from her three grown-up children. She’s no longer sure of her place in the world. She considers Benjamin– a thirty-something copywriter with a shrouded past – a second chance, a companion and partner who makes her feel whole for the first time in years.

Her children and her ex-husband are suspicious of her new lover. They believe he has an ulterior motive, which leads to fierce arguments and clashes with Julia. They even would prefer for her to remain single and a divorcee. 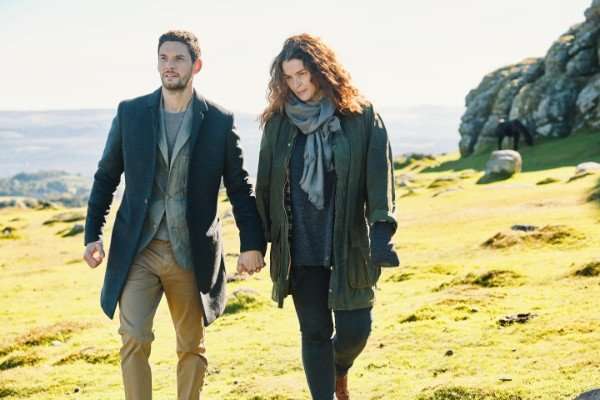 GOLD DIGGER, on Acorn TV,explores the effect the relationship has on her already dysfunctional family. It pushes and challenges them to confront their own demons. Viewers also learn of a dark family secret buried for decades – a trauma that impacted their personalities and decisions up to the present. 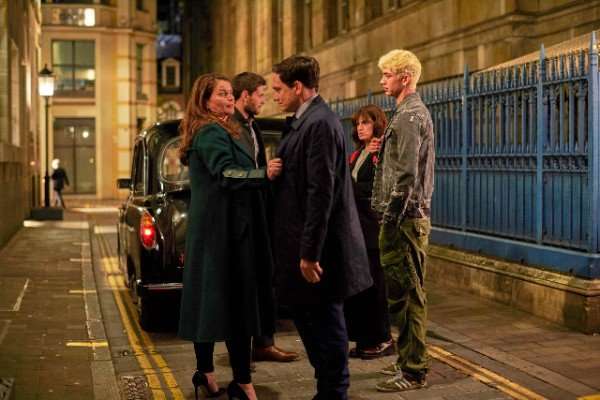 “What attracted me to the story is the way that it’s provocative and it challenges us in terms of how we see women who have devoted their life to motherhood – and what they do when that phase is coming to an end. To Julia’s children there is a sense that Benjamin is a threat to their inheritance and a feeling that there is something off about him, but it’s founded in this disbelief that he could genuinely love her. So each episode unpacks this, looking at the preconceived ideas about how women should be with men. Despite the fact that we’re very used to seeing older men with much younger women, to see the reverse throws into sharp relief our societal expectations of women.”

Right now, the first two episodes of GOLD DIGGER are available on AcornTV, and you are going to love them. If you don’t have Acorn TV, now would be a GREAT time to get it! You can get 30 days free with code FREE30. If you love British television shows, this streaming service is a must.

The acting in GOLD DIGGER is superb. I keep putting myself into these characters’ shoes. As a woman of a certain age, okay, 50, there’s no way I could date someone 25 years younger than I because that would put them at my daughter’s age. But Julia is 60. Would I date someone 15 years younger? 35? I guess it would depend on how mature they are, but they certainly wouldn’t be getting a millionaire! Ha!

Then I put myself in Julia’s kids’ shoes. My parents are almost 75. If they were divorced, like Julia and her ex, what would I feel if my mom started dating someone who’s 50? Weird. I’d be super worried if she was rolling in money. Of course, the first thing my sisters and I would do would be to stalk them on social media! Then we’d run a background check. I mean, we’d react like probably anyone would in this situation.

“We are so used to seeing older men with younger women in film and television, and indeed in politics and real life, it’s barely commented on, however yawning the age gap. Yet flip the genders and suddenly it’s a discussion point. As if it’s impossible to understand why a younger man might be attracted to an older woman without having some other motive. Gold Digger explores this taboo.”

So, what do you think is coming? Find out every Monday through May 18 on Acorn TV when you tune in to GOLD DIGGER. With two episodes each week, you can at least have a mini binge! Enjoy this captivating series!

Thanks for sharing!
« Her Cowboy Sweetheart (The Sweetheart Ranch #4) by Cathy McDavid Book Review
Nearly Departed by Lesley A. Diehl | Character Interview »