You are here: Home / Entertainment / Watch Dead Still the Macabre Dramedy Series on Acorn TV
Thanks for sharing!

DEAD STILL is a macabre dramedy that takes place during the historical period of “post-mortem photography” in 1880s Europe. Grieving families hired memorial photographers to take photos of the recently deceased to commemorate them. Creepy, right? They didn’t think so! Remember the book review I wrote about The Curse of Misty Wayfair? Thea, the main character in that book, takes post-mortem photos too. I think it’s fascinating to think that it really wasn’t that long ago that this was a real thing! It seems so weird to us, but it was totally normal to them.

DEAD STILL is a darkly comic Irish murder mystery series set during the Victorian era of “post-mortem photography.” This was a real-life trend in European mourning culture, when the recently deceased were captured in commissioned portraits. 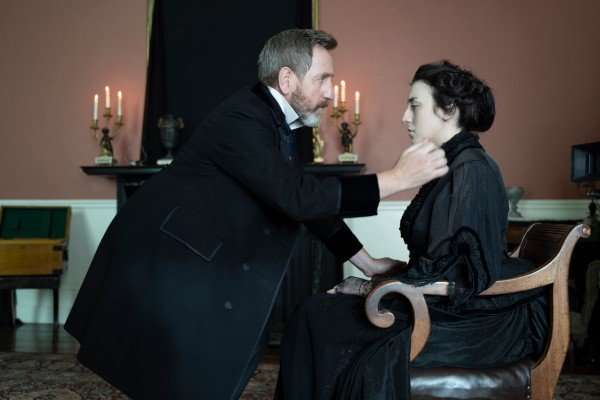 The Acorn TV Original series DEAD STILL follows the strange adventures of renowned 1880s Dublin memorial photographer Brock Blennerhasset and his loyal assistant Conall Molloy. The two visit grieving families for photo assignments, while a tenacious detective investigates a series of local murders. The murders have a possible disturbing connection between them and Brock.

Brock was once a photographic prodigy in Ireland and a pioneer of the daguerreotype. The daguerreotype is an early photographic method which captures an image on an iodine sensitized silvered plate. Blennerhasset is now struggling to keep up with the times. With cameras becoming cheaper and photographic studios starting to flourish in Dublin around 1880, the practice of memorial portraiture is on the wane. 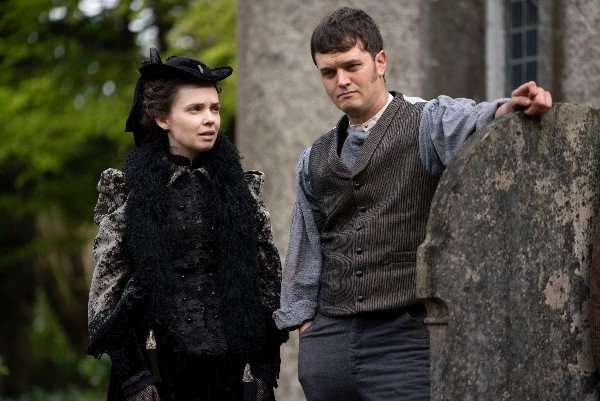 Brock tries to revive his business after an accident. This accident requires him to enlist the help of his sharp-witted niece, Nancy. Nancy convinces her uncle that he needs an assistant for his photography as well. He hires a new, eager assistant, former gravedigger Conall Molloy.  Brock takes a while to warm up to the two of them, since he’s known for being remote and unemotional. He’s much better dealing with the dead than the living. Nevertheless, the three develop a relationship. 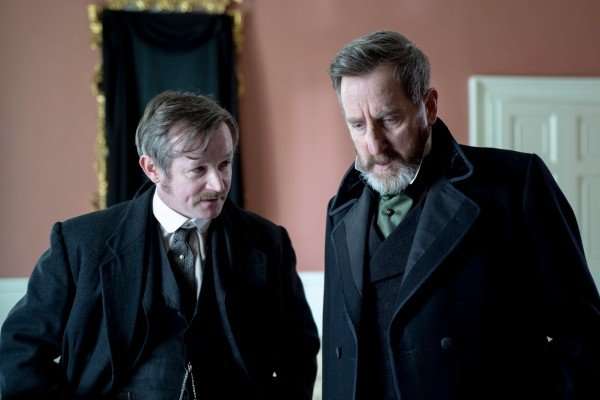 Meanwhile, it appears someone more sinister is getting in on the death photography game. Detective Frederick Regan investigates a series of murders in Dublin’s criminal underbelly, and he concludes that the serial killer may be cashing in on a taste for a different type of memorial imagery — pictures of people in their death throes. As the body count begins to escalate, Brock, Molloy and Nancy must stop a murderer intent on ending not just their business, but their lives. 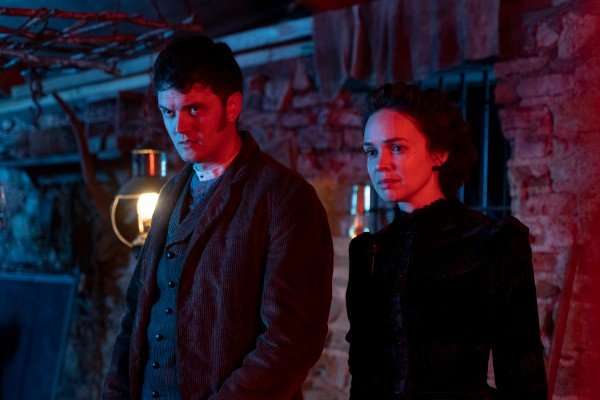 DEAD STILL premieres exclusively in the U.S. and Canada on Acorn TV with two episodes on Monday, May 18, followed by 1 new weekly episode every Monday through June 15.

My thoughts about Dead Still so far

So far, I’ve watched 4 episodes (as a member of the press, I had early screening access), and I have been enthralled by them. DEAD STILL‘s co-creator and writer John Morton is brilliant. The episodes include little hints about the killer and crime, and you often don’t realize that they’re hints until you watch another episode. The actors are so good in their roles! Since there’s humor thrown in at different times, you will be cracking up as the actors maintain their composure…often with a deadpan face! No spoilers, but I do have a favorite episode (so far) where I am sure the actors had to have had many takes during multiple scenes. There’s no way I could have maintained a straight face!

If you don’t have Acorn TV yet, you really need to give it a try! You can get 30 days FREE with code FREE30 on AcornTV.com. If you don’t love it, you can cancel. But, I think you will! And it has a great yearly price! Follow Acorn TV on Twitter and Facebook.

Thanks for sharing!
« Secrets of the Treasure King by Terry Ambrose Character Guest Post
How to Cope with Anxiety During the Coronavirus Pandemic »