I knew I had to read Extraordinary Lies by Jennifer Alsever as soon as I received the promotional email. Psychic experiments during the 70s? Yes, please! Mom (Christy) and I (Molly) love the TV show Fringe, and one of our favorite characters is Dr. Walter Bishop. Dr. Bishop performed human experiments during the 70s to learn more about pseudoscience topics, including psychics. We also adore Alias (ironically, both were created by JJ Abrams) which deals with the KGB (which also makes an appearance in Extraordinary Lies) so I knew this book was right up our alley. 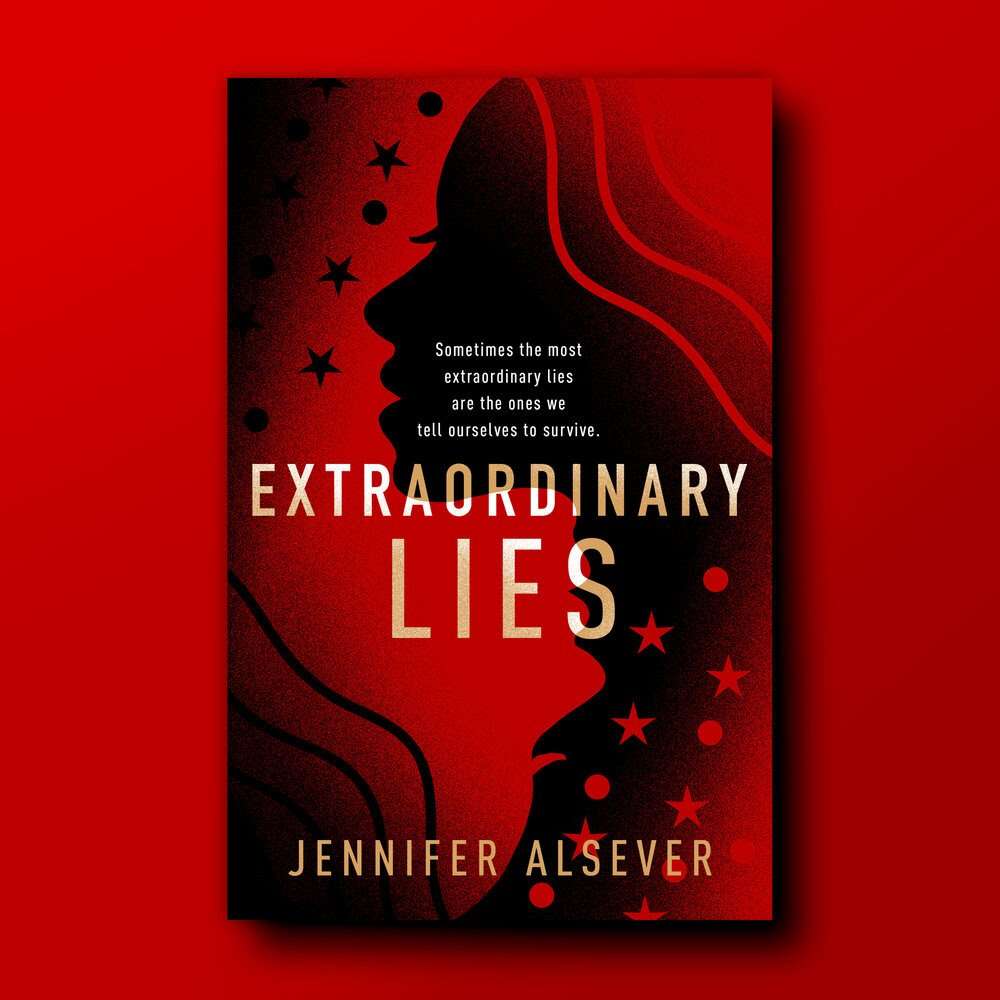 Psycho. Liar. Witch. Julia and Charley may come from two completely different worlds—one rich and one poor—but they’ve both been called the same names all their lives. It’s the price of being a supernaturally gifted female in the sexist, narrow-minded 1970s. That is, until they join the Stanford Research Institute, where a team of scientists are conducting experiments on people like them, people with the ability to see the future, read minds, move objects without lifting a finger.

At first, the institute seems like a safe haven. For the first time, Julia and Charley are not alone. Surrounded by others with powers like theirs, they finally make real friends.

But as the experiments become darker and more dangerous, and the test subjects’ lives are increasingly at risk, the two girls must work together to unveil the truth behind the scientists’ experiments—and the extraordinary lies they’ve been told to keep them in the dark.

Set in San Francisco during the Cold War, the novel establishes a grounded yet terrifying world in which characters who possess extraordinary abilities are not to be studied, but instead are to be weaponized.

Jennifer Alsever began plotting Extraordinary Lies after her husband introduced her to an article about Nina Kulagina, a supposed Russian psychic who kicked off a “psychic arms race” between the US and Russia. The US began funding psychic research through the Stanford Research Institute – yes, for real! Jennifer did a lot of research for this book, which gave her a firm grasp on the experiments, the physics they tested, and the government’s efforts to build a team of psychic soldiers, all of which provided the bedrock upon which she wrote Extraordinary Lies.

Here is one of the videos that inspired Jennifer’s writing.

Extraordinary Lies definitely took me back to the good old days when JJ Abrams produced amazing TV shows and didn’t break my heart with Star Wars. Fringe and Alias are both on my favorite TV shows list. In fact, I began rewatching Alias because of Extraordinary Lies (I’m still on season one, and yelling at Will to just “Let it go!”). If you have watched these shows, you can get a good picture of Extraordinary Lies. If you have never seen them, let me sum it up for you: psychic experiments in the 70s in order to best the Russians. It’s also got a lot of Stranger Things vibes, so if you enjoy that show, you may want to check this book out!

Part 3 is the best part of the book. Everything is really fast-paced and edge-of-your-seat exciting. But since I don’t want to spoil it for you, I won’t go into details. You’ll just have to read it yourself!

I really enjoyed all of the psychic characters. Each one had a backstory and they all seemed to live and breathe on the page. Good writers know how to make readers care for all of their characters, and Jennifer Alsever does just that.

Speaking of characters, I love the one antagonist character’s end. Without spoiling it for you, this character gets a fate they deserve, but you still really care for him/her. I absolutely adore villainous characters that make me care for them.

Until part 3, the pacing is a bit slow for me. Stuff happens, but nothing too jarring or exciting. I also kept thinking that I wished it was a TV show/movie.  Not only for plot reasons, but also because the 70s vibe and the atmosphere could come through better on the screen. I know some have shown interest in adapting it to the screen already, so here’s hoping!

Purchase your copy by clicking the box below.

Jennifer Alsever is a Colorado-based young adult author and a working journalist. For more than two decades, she has contributed to such publications as Fortune Magazine, the Wall Street Journal, the New York Times, Wired and Fast Company. She also serves as part-time editorial director for the Future Today Institute.

In 2017, she published her first work of fiction, the Trinity Forest Series, (Ember Burning, Oshun Rising and Venus Shining). The young adult trilogy is set in nearby Leadville, Colorado and is about a girl who becomes entangled in a local forest teeming with urban legends of witchcraft and strange disappearances and must not only find herself but ultimately save the world.

In 2020, Jennifer Alsever published her fourth novel, Extraordinary Lies about two girls from vastly different backgrounds who are thrust together for psychic testing at the Stanford Research Institute. As the scientists’ experiments begin to get creepier, the two girls must discover the truth about who they are and the secrets that keep them in the dark.

She is currently working on her fifth novel titled Déjà vu.