You are here: Home / Books / All Done With It (A Dreamwalker Mystery) by Maggie Toussaint | Book Review and Guest Post
Thanks for sharing!

Welcome to the Great Escapes Virtual Book Tour for All Done With It (A Dreamwalker Mystery) by Maggie Toussaint. Stop by each blog on the tour for interviews, spotlights, reviews and more!

A Jane Doe jogger homicide near the swamp mystifies Dreamwalker Baxley Powell. The petite woman carried no ID, and no one recognizes her. Worse, a shadow passes from the body to a deputy, rendering him unconscious. The deputy and the corpse are dispatched to the hospital and morgue, respectively.

All Done With It (A Dreamwalker Mystery) 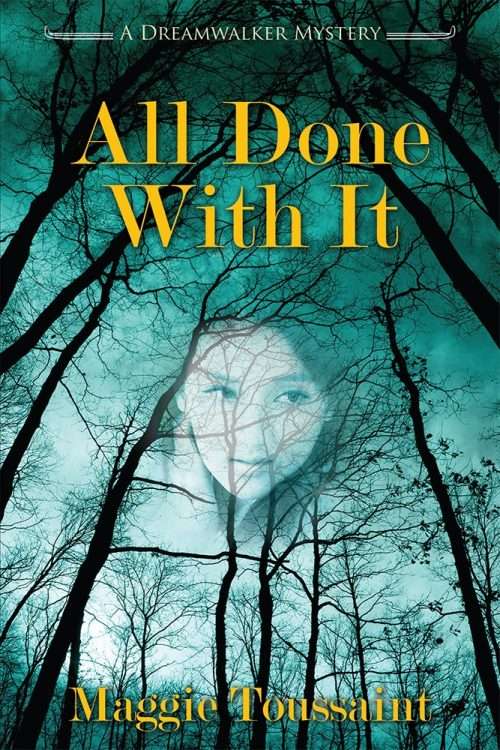 With summer heat and pending childbirth on her mind, Baxley’s dreamwalks into the spirit world fail to yield leads, frustrating Baxley and her deputy husband, Native American Sam Mayes. Days later, Jane Doe’s description matches a missing Mississippi woman. Turns out, her new husband is missing too. Jane’s sketchy brother-in-law and her aunt arrive, full of secrets. At Jane’s campsite, the team encounters a terrifying anomaly, nullifying Baxley’s senses. With such danger present, they must protect their unborn child. No more dreamwalks will occur until Baxley gives birth.

When her friend Bubba Paxton vanishes, Baxley sights him in a mirror, trapped between worlds with other souls.

Meanwhile, the shadow invades other hosts, demanding to see Baxley. Mayes and Baxley ignore the shadow as they rescue Bubba, untangle the Jane Doe case, and handle missing persons reports.

To free the trapped people, Baxley must outwit a powerful foe. Can she stop this super villain before he steals her soul?

In this 7th Dreamwalker Mystery, female sleuth and psychic crime consultant Baxley Powell works a homicide case that leads straight to an evil force in the spirit world. The stakes? Her soul, her unborn child, and humanity’s freedom.

My review of All Done with It (A Dreamwalker Mystery)

All Done with It is the seventh book in the Dreamwalker series. I have not read any of the other books, so, of course, there are spoilers for the first six. But having said that, I wasn’t at all lost. Reading this felt like I was reading a series that I was familiar with. Toussaint has the ability to make the reader feel that way. She doesn’t try to tell us a bunch of unnecessary background information at the beginning of the book. Instead, she adds little bits of it throughout the book, and this approach works very well.

All Done with It is a plot-driven story. It is a fast-paced book, and a lot happens within its pages. Baxley is very pregnant, but that doesn’t stop her from using her abilities to find out what is going on. Though she won’t put her unborn baby’s life in danger by performing actual dreamwalks, she has revealing dreams when she sleeps. With her powerful abilities, Baxley is also able to see into another realm where family friend Bubba Paxton has been trapped. All of the otherworldly experiences lead Baxley and her family to the truth. A strong battle between good and evil is being waged and has been for many years, and it’s finally reached its culmination.

My favorite aspect of the book is how family-centric it is. Though the fight between good and evil is important to the story, family is the predominant theme. As I read All Done With It, I felt as if I were a part of this group of family and friends who are like family. I absolutely recommend this captivating paranormal cozy mystery book.

A Rose by Any Other Name
by Maggie Toussaint

One should always remember roses have thorns. My amateur sleuth, Baxley Powell Mayes, found that out the hard way. You see, when Baxley became the Dreamwalker, her father couldn’t help her because the job had literally been killing him. That left Baxley seriously adrift on the Other Side.

ALL DONE WITH IT, book 7 in the Dreamwalker Mysteries is a paranormal cozy. Baxley’s job description includes ferrying messages from the living to the dead and vice versa, along with other duties as needed. She seeks justice for the dead by visiting the victims in the afterlife.

Except there are rules. The dead can’t reveal who killed them. Instead, Baxley is treated to vignettes from the deceased’s lives, making crime-solving difficult.

So, when a powerful being in the land of the dead took Baxley under her wing, she felt relieved at having a mentor. Only, Rose delighted in tormenting Baxley and charging her for services provided. The fee? An hour of Baxley’s life for each extra Rose threw her way. As a bonus, with each hour of indebtedness came a new permanent rose tattoo.

Allegedly, Rose was an undercover angel in the land of the dead, but it wasn’t five minutes before Baxley doubted this being’s story. An angel would be kind and generous, right? Neither of those terms describe Rose, who dresses and acts like a biker chick. Rose like to get her jollies by putting Baxley in awkward, embarrassing, and dangerous situations, which Baxley interprets as Rose having it in for her.

In ALL DONE WITH IT, Rose wreaks her usual havoc but there’s a twist. No longer are individual hours of Baxley’s life on the line, every hour of her life belongs to Rose, or so Rose believes. Will Rose finally get her comeuppance? The answer is in book 7 of this paranormal series. 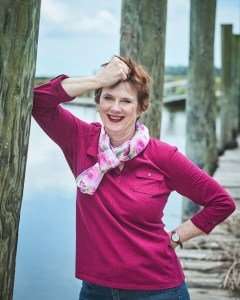 All Done With It Tour Participants

Thanks for sharing!
« 3 Trends to Watch: What Lies Ahead for the Insurance Market in 2020?
The Key Lime Crime by Lucy Burdette | Book Review »