You are here: Home / Books / Behind the Frame: A Shepherd Sisters Mystery by Tracy Gardner Book Review and Guest Post
Thanks for sharing!

Welcome to the Great Escapes Virtual Book Tour for Behind the Frame: A Shepherd Sisters Mystery by Tracy Gardner. Stop by each blog on the tour for interviews, spotlights, reviews and more!

When art in the park
leads to murder in the dark,
the Shepherd sisters
have another crime to solve.

Behind the Frame: A Shepherd Sisters Mystery 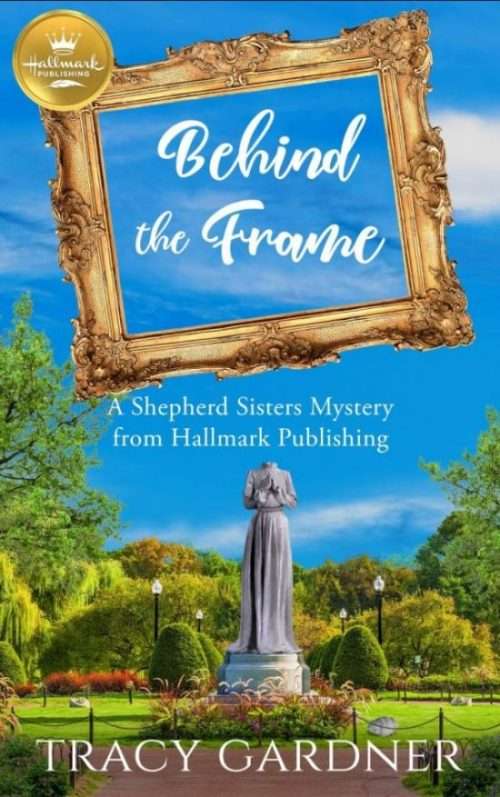 Savanna Shepherd, an art expert turned elementary art teacher, is planning the Art in the Park festival for her hometown of Carson. But apparently, someone isn’t happy that Carson got to host the event: the beloved statue in the park is destroyed. Not long after, Savanna finds the dead body of one of the people on the planning committee.

Savanna and her sisters are convinced that the arrested murder suspect didn’t do it, despite strong evidence to the contrary. With the help of Dr. Aidan Gallager, Savanna’s new romantic interest, they uncover hidden resentments and intrigue. Several people in Carson had a motive for the murder. Can they find out which one of them is behind the framing of an innocent person?

My review of Behind the Frame

Behind the Frame is definitely Hallmark worthy. It’s got charm, great characters, a beautiful setting, and a puzzling mystery. I love that though Savanna Shepherd is the main character, her sisters Skylar and Sydney play major roles in the book. The Shepherds give the book a warm feeling of family closeness. Their parents, as well as Skylar’s husband and little boy, enjoy spending time together. My family is still like this, but I know it’s become a rarity. It’s nice to read books where family is important and honored.

Savanna’s growing closeness to Dr. Aiden Gallagher gives Behind the Frame its romantic charm. I think it’s so cute that they go on several dates before they even kiss goodnight; that could be due to the fact that someone always has bad timing and shows up at exactly the right (wrong!) time.

Being from Ohio, it’s hard for me to say good stuff about Michigan. If you know anything about college football, you know that OSU and UM are major rivals. During the week that they play each other (okay, maybe more often than that), we here in Ohio call them TSUN (that state up north). But I must say, it is a beautiful state. Carson, the town in which Behind the Frame takes place, seems like a beautiful town on Lake Michigan. Like most of the towns in cozy mystery books (or Hallmark movies!), I wouldn’t mind living there myself! It’s no surprise that Carson was chosen to host the Art in the Park festival. However, that doesn’t make their rival, the town that’s held the festival for three years running, very happy.

But, does the vandalism of Carson’s beloved statue of Jessamine Carson have anything to do with the murder of a prominent townsperson? That does seem pretty far fetched! When a beloved member of the community is arrested for the murder, Savanna knows that person couldn’t be guilty! In true cozy mystery form, Savanna (and her sisters) gets involved in solving the crime. I love following the clues right along with the characters and trying to figure out whodunit before the reveal.

I definitely recommend Behind the Frame by Tracy Gardner. It’s a real page-turner!

Side note: I found it hilarious that Vernors ginger ale and cola syrup are both mentioned as treatments for tummy troubles! It must be a Midwest thing because I don’t know a lot of people who drink Vernors outside of this area. Let me know if you drink it and if you’re from the Midwest!

I knew I wanted to write a story about three sisters. I wanted it to take place in Michigan. That’s what I started with. Because I’ve lived in all sorts of cities and towns, I had to put thought into my setting. I grew up in a metro Detroit suburb, and moved to Detroit proper when I married my husband. After a handful of years, we decided we’d like a little property, and we moved to a rural community about an hour away. That was my first experience with small town life, where I began writing again for the first time in years. I’m not sure if it was the deafening quiet of the country or the new chapter of motherhood, but characters and storylines were once again welcome residents in my imagination.

Michigan is filled with and surrounded by water. Our great lakes are breathtaking. So, what better setting than a small town like the ones where I’ve lived but set on the coast of Lake Michigan? Once I knew I’d be writing my new manuscript about three sisters in a small Lake Michigan town, Carson’s Main Street and the supporting characters and happenings in town fell into place. (Side note: the town name of Carson is a little nod to Nancy Drew’s father, Carson Drew; as a kid I read every Nancy Drew story I could get my hands on).

Once I knew that Savanna Shepherd was born and raised on the shores of Lake Michigan, then moved across the lake to Chicago for a decade, only to return home to Carson when her fiancé left her to find himself, the lake in my story became its own character. It wasn’t only the vast, clear blue body of water Savanna grew up looking out over, it was a bridge between Savanna’s past, present (when we meet her in book one), and future. I spent a good portion of book one knowing that even though Savanna had missed her sisters and was happy to be home, there were still pieces of her in Chicago.

Savanna views Lake Michigan as a comfortable old friend, a constant, whether she’s swimming off the beach in Carson or sailing off the coast of Chicago. Roughly 60 miles of water lies between Carson and Chicago, too far to see across. There are times when you’d swear you’re looking at an ocean, gazing out over Lake Michigan’s waves. But to Savanna in Chicago, the lake was her constant connection to her family in Carson. Now that she is home, the lake is there for her as a source of calm, soothing comfort, as it’s always been.

Lake Michigan’s rolling sand dunes and beach are visible from Savanna’s would-be grandmother’s wraparound porch, where she and her sisters spent long summer afternoons playing and drinking cold lemonade. The sandy trail to the beach at the end of Carson’s Main Street is where Savanna flees with her dog when she must deal with unresolved fiancé issues. Months later, a short drive north takes Savanna and Aidan Gallager to a secluded portion of beach where they share a brief but powerful moment that cements their bond. Savanna falls in love at first sight with her future home when she spots it while walking the shoreline at sunset. The deep blue Lake Michigan water is where Savanna gains a glimpse of Aidan’s past and an event that shaped who he is now.

I can’t imagine Savanna’s story without Lake Michigan, any more than I can imagine it without her sisters or Detective Nick Jordan or Dr. Gallager. Diving into the Shepherd Sisters world, I can almost hear the distant cry of the seagulls, the crashing waves, the way the lake breeze picks up in the evenings, and the bit of sand always underfoot, even at the other end of Main Street. I may be due for my own trip west, to take in the white-capped waves and say my thanks to Lake Michigan for being such a great part of the series. 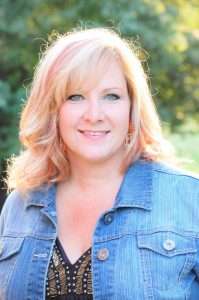 A Detroit native, Tracy is the daughter of two teachers. She grew up on Nancy Drew mysteries and rock and roll. Tracy lives with her husband and best friend of thirty years and a menagerie of spoiled rescue dogs and cats, her front door constantly revolving with her two daughters and son back and forth from college. She is a strong believer in the power of baked goods, live music, family, and friends as staples to a happy life.

Behind the Frame Tour Participants

Cinnamon, Sugar, and a Little Bit of Murder – REVIEW, RECIPE

Thanks for sharing!
« Which Industries Pay the Most?
The Summer We Found the Baby by Amy Hest | Book Review »