Welcome to the Great Escapes Virtual Book Tour for Peachy Scream: A Georgia B&B Mystery by Anna Gerard. Stop by each blog on the tour for interviews, spotlights, reviews and more!

To die, or not to die? Georgia B&B proprietor Nina Fleet turns amateur thespian to bring the curtain down on a Shakespearean actor’s killer. 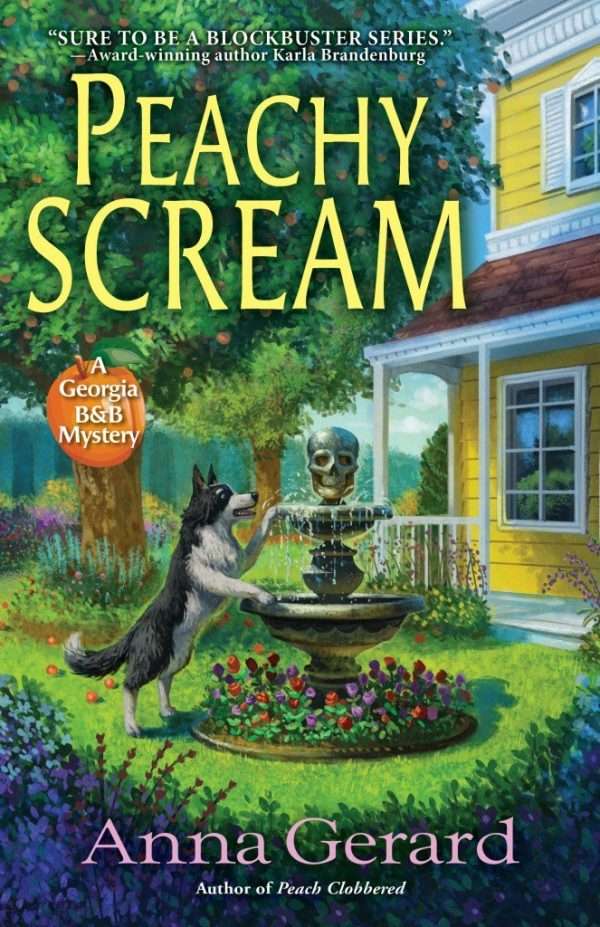 It’s nothing short of inevitable that Cymbeline, GA, hosts an annual Shakespeare festival. But stage-struck Nina Fleet is about to learn that putting on an amateur theatrical production can be murder. Nina’s anticipating showbiz glamour and glitz when a community Shakespearean troupe arrives for a two-week stay at her B&B. But the lights dim when she learns the company’s director is her nemesis, struggling actor Harry Westcott–who still claims to be the rightful heir to Nina’s elegant Queen Anne home.

Meanwhile, the troupe members are not content to leave the drama upon the stage. Accusations of infidelity and financial malfeasance make a shambles of rehearsals. And then, two days into the troupe’s stay, the lead actor is found dead in Nina’s formal Shakespeare garden. Natural causes…or murder most foul?

Nina uncovers evidence that something is indeed rotten in the town of Cymbeline. Too bad Harry is the only one who believes that she’s not going completely off script. And exposing the truth isn’t easy when the remaining troupe members say the show must go on…particularly when all of them seemingly had a motive for wanting their fellow actor to permanently exit stage right. Determined to keep the killer from making a curtain call, Nina and her trusty Australian Shepherd, Matilda, join forces with Harry to sleuth out the murder plot. Will they succeed before someone else shuffles off this mortal coil?

My review of Peachy Scream

I loved Peachy Scream! Though this is the second book in the series, it’s very easy to jump right in and enjoy it. You’ll find out what happened in the first book in Peachy Scream, so if you don’t want any spoilers, you’ll have to start with book one.

When I was in high school and college, I had a lot of fun acting in plays, and I would have gladly gone on to star on Broadway, but you know….you kind of have to live in NYC and have some money and a place to live and be better than the competition….oh well. Pretending works. You should see my Angelica Schuyler! But I digress…

In Peachy Scream, a Shakespeare troupe descends upon Nina’s B&B for the days leading up to the Shakespeare festival in Cymbeline. This is great for Nina because it means guaranteed money. But lo and behold, her frenemy Harry Westcott is the director of this troupe. If Peachy Scream were to become a movie, I’ve already cast Harry’s role in my head…Jensen Ackles is going to play Harry. Harry’s got a snarky side; he’s got a sweet side; he’s got a helpful side; and he’s got an annoying side. You’ll love him, and I hope Nina eventually will too. They’d make the perfect couple!

Hamlet. Oh that Danish prince. If you’ve never read Hamlet (or any Shakespeare for that matter), you should. Or at least watch it! I loved all of the scenes where the actors are rehearsing, but my favorite is the sword fight in the front yard. In Hamlet, there’s a play within the play, and in Peachy Scream, the play within the play is very important! It’s not at all what the actors rehearsed, but it helps to solve the crime by getting the guilty party to confess.

The characters, setting, humor, and mystery make Peachy Scream such an enjoyable read. I know all of you cozy mystery readers will love it!

On Tropes, and Being Pursued by Bears…

According to our friends at Wikipedia, literary tropes are commonly recurring literary and rhetorical devices, motifs or clichés in creative works. In much simpler terms, tropes are a kind of writing shorthand that authors employ in the course of plotting their stories. While tropes can be themes or even writing styles, they most often tend to be character types and plot situations. For example, the popular “coward-turned-hero” protagonist, or the sitcom favorite, “misunderstanding between lovers that launches a succession of humorous consequences”. Done well, tropes generate a sly nod of recognition in the reader. Done poorly, tropes can sink a book. But for the most part, readers find comfort in their familiarity, never mind that they’ve read it all before.

The master of this technique was none other than William Shakespeare. In fact, if you didn’t happen to know that he originated some of our favorite tropes, you might accuse him of being, well, clichéd in his writing. But Shakespeare knew what resonated with his audiences on both the conscious and sub-conscious levels. And so he shamelessly wove these universalities of the human condition into his plays. And, it obviously worked. Why else would we still be reading and watching and performing his oeuvre centuries after his death?

My current Georgia B&B mystery, PEACHY SCREAM, is set against a Shakespeare festival featuring an amateur presentation of Hamlet. Thus, the discerning reader will find that I’ve incorporated several of the Bard’s most popular tropes into my story. Of course, we have the character who lapses into insanity…or is he only pretending to do so? And don’t forget the time-honored “enemies become lovers” (or, at least, friends). We even have “the play within the play,” which here is extended to “the play within the play within the play” (whew!).

And we also have one of my personal favorites, the classic “girl disguised as a boy.” Don’t try to put a 21st century spin on this one when you see it. It isn’t a subplot about gender transitioning, but simply a timeless trope, as well as a sly reversal of the fact that young men commonly took female roles in Shakespeare’s day.

Though, sad to say, I didn’t get to use the very best trope of all. I refer to the always crowd-pleasing “Exit, pursued by a bear.” This trope began as a rather startling stage direction in Shakespeare’s The Winter’s Tale. With this line, the villainous Antigonus is sent fleeing from Karma in the shape of a vicious bear that dispatches the man offstage. Likely the ursine was meant to be symbolic, but the pursing bear idea took hold of writers’ imaginations, anyhow. Killing a baddie offstage—sometimes gruesomely, but always where you can’t see it—has become a popular way to rain down justice without violating community standards.

One day, I may succumb to temptation and let one of my cozy mystery murder victims meet this particular “bearly” acceptable fate. If reviewers complain, so what? I’ll simply tell them I stole the idea from that Shakespeare fellow, and that it worked for him! 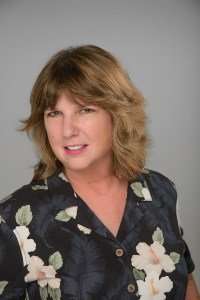 Diane is a member of Mystery Writers of America and served as the 2018 and 2019 Chapter President of the MWA Florida chapter, receiving the “Flamingo” Chapter Service award in 2019. She’s also a member of Sister in Crime. In addition to her mystery writing affiliations, she’s a member of the Cat Writers’ Association and belongs to the Palm Beach County Beekeepers Association. Diane is a native Texan with a degree in Journalism from the University of Oklahoma, but has been living in the West Palm Beach FL area since 2006. She shares her “almost in the Everglades” home with her husband, dogs, cats, and a few beehives.

Thanks for sharing!
« The Summer We Found the Baby by Amy Hest | Book Review
Easy, Crispy Tuna Patties »