You are here: Home / Books / The Funeral Murder A PIP Inc. Mystery by Nancy Lynn Jarvis | Guest Post
Thanks for sharing!

Welcome to my stop on the Great Escapes Virtual Book Tour for The Funeral Murder A PIP Inc. Mystery by Nancy Lynn Jarvis. Stop by each blog on the tour for interviews, guest posts, spotlights, reviews and more!

In The Glass House, the first book in the PIP Inc. Mysteries series Pat Pirard, recently downsized Santa Cruz Law Librarian, needed to find a new job in a hurry. She printed business cards announcing she was Private Investigator Pat and crossed her fingers, hoping she could earn enough money working for attorneys as a PI to survive. 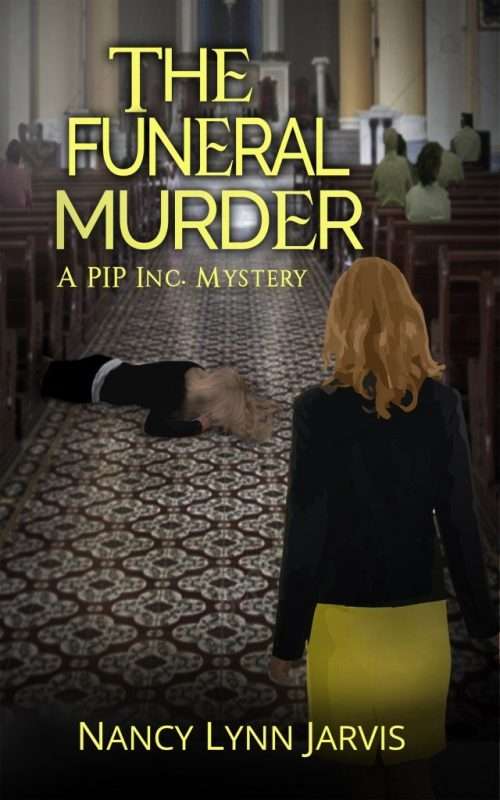 Pat’s first investigation went well, so she’s excited when she gets a call from an estate attorney who offers her a second job. The attorney tells Pat his client died at a funeral and he needs help sorting out who is entitled to inherit her estate.

Pat quickly discovers the dead woman’s past is as complicated as her estate. And when an autopsy indicates she had two deadly toxins in her body when she died, Pat’s new case becomes not only complicated, but dangerous.

I finally know how old my protagonist is

When I started writing the Regan McHenry Real Estate Mysteries series more than a decade ago, I imagined my protagonist was somewhere in the forty-two to forty-four-year-old age range. Those had been good years in my life, so they seemed to be the right time of life for Regan. In the course of seven books in that series time passed, but I never felt Regan got any older. It felt kind of weird to write books with a non-aging character.

When I wrote The Glass House, the first book in my PIP Inc. Mysteries series, the story began the day before protagonist Pat Pirard’s thirty-fifth birthday. I didn’t specify the day in May when her birthday fell, but she did have a sort of Cinco de Mayo party to celebrate―hard to do because she was downsized out of her beloved Santa Cruz County Law Librarian job on the last day of her thirty-fourth year―so I imagined her birthday was near May fifth.

As I wrote the book, there were precise references to the passage of time as Pat solved her first murder case. At the end of the first book, Pat listened to a phone message from attorney Roger Drago asking for a meeting with her. He wanted to hire her for what became the become newly released, The Funeral Murder. She has her first meeting with him in early August, so Pat is thirty-five-and-a-quarter years old as the second book opens.

The Funeral Murder begins with a drone attack at a funeral. In the book, there’s a complicated crime involving messy inheritances, exotic poisons, and the possibility of multiple suspects working together in ever-shifting combinations to commit murder for Pat to solve. But Pat unraveled all the knots and solved the murder in under two months.

At the end of the book, Pat gets a call from the City of Watsonville asking her to uncover the identity of a dead woman people thought they knew, but didn’t. Then at that point, it’s late September, just about where we are on today’s Calendar, and I have a new way of keeping track of time. At the end of The Funeral Murder, Pat suffers a broken arm.

It’s not a bad break, so I’m assuming a six week healing process should have her good as new. I’ll keep track of time not only as she investigates, but also as her arm mends. I anticipate Pat will be just past thirty-five-and-a-half and it will be almost Christmas before her fourth case begins.

All these dates and reliable times leading up to the end of The Funeral Murder mean Pat has known Sheriff Sergeant Tim Lindsay for less than six months. Pat may not be sure where their relationship is going, but Tim thinks he is. I’ll get to have fun in the next book with the progress of their relationship and answering questions like, are they moving too fast, do they care if they are, will there be an engagement, and if so, should it be long or short, and how long, engaged or not, will Pat’s best friend, Syda Gonzales, let Pat live her life before she wants to gift Pat a subscription to Modern Bride.

I think it’s going to be fun writing on a timeline and aging my protagonist. 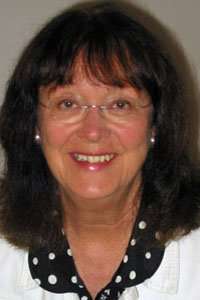 Nancy Lynn Jarvis left the real estate profession after she started having so much fun writing the Regan McHenry Real Estate Mysteries series that she let her license lapse. She’s enjoyed writing about Regan and her husband, Tom, but decided it was time to do a new series.

After earning a BA in behavioral science from San Jose State University, Nancy worked in the advertising department of the San Jose Mercury News. A move to Santa Cruz meant a new job as a librarian and later a stint as the business manager for Shakespeare/Santa Cruz at UCSC.

Currently, she’s enjoying being a member of Mystery Writers of America, Sisters in Crime, and Santa Cruz Women of Mystery.

1 winner of a digital copy of the book

This giveaway is open the US and Canada; only to ages 18+. This giveaway is void where prohibited. By entering this giveaway, you’re agreeing to the privacy policies of this blog. Entrants need a profile picture on their social media accounts from which they’re entering, or entry will be void. One entry per household. The winners have 48 hrs. to claim the prize or another winner will be chosen.

Thanks for sharing!
« Murder in the Bayou Boneyard Book Review and Ghoulish Cajun Goulash Recipe
How Healthy Is Your Home? »