Welcome to the Great Escapes Virtual Book Tour for Hippie Haven Homicide (Psychedelic Spy Mystery) by Sally Carpenter. Stop by each blog on the tour for interviews, guest posts, spotlights, reviews and more! 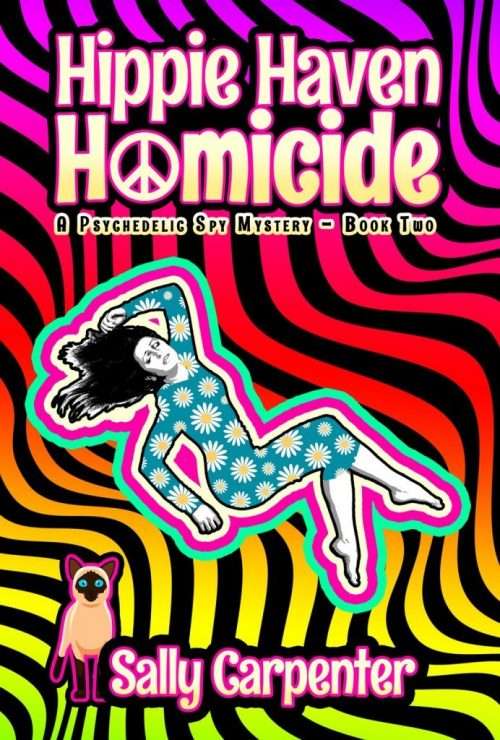 Get ready to flip your wig over another groovy 1967 retro-cozy with actress and amateur spy Noelle McNabb.

Spy agency SIAMESE (Special Intelligence Apparatus for Midwest Enemy Espionage and Surveillance) turns Noelle’s pet, Ceebee, into an “acoustic kitty” to listen in on an agent known only as Old Scratch.

Meanwhile, a counterculture religious sect led by the Wise One infiltrates the staid town of Yuletide, Indiana. When one of the sect members makes a premature departure to the Spirit in the Sky, Noelle investigates, but finds herself in deep water—literally. With her undercover disguises, Noelle really knows how to sock it to ‘em. However, she still can’t solve the secrets of a certain family member.

Don’t miss this fab story of saints, sinners and spies!

What does James Bond have to do with my new retro-cozy, Hippie Haven Homicide?

My book, second in the Psychedelic Spy series, is set in 1967. In real life, the 1950s and ‘60s were the height of the Cold War between America and Russian. The U.S. and Russia were engaged in a space race to see who would land on the moon first. Many homes had television for the first time, and citizens learned about spy activities from the comfort of their living rooms.

In the midst of the Cold War, British author Ian Fleming brought James Bond to life in 1953 with the novel “Casino Royale.” He wrote 13 more Bond novels, as well as short stories and one children’s book, “Chitty Chitty Bang Bang,” before his death in 1964.

Although Fleming had worked in U.K. Naval intelligence, his Bond character was fantasy. Real spies don’t wear tuxedos, date beautiful women, gamble thousands of dollars in Monte Carlo, drive exotic cars, or leave a trail of corpses in their wake.

The movie that kicked off the Bond craze was “Dr. No” in 1963. Since then, the handsome, dashing Bond has continued as one of the longest movie franchises of 26 films, with “No Time to Die” set to open later this year.

Bond fever was strong enough to inspire a number of other movies in the 1960s. Some were hard-bitten, gritty spies; others were spoofs. Bond clones turned on the small screen as well.

Here are some of the TV/movie spies of the 1960s. You may be familiar with them!

For my series, I created a fictitious super secret spy agency, SIAMESE. My heroine, Noelle McNabb, is an actress who occasionally works undercover assignments for SIAMESE. The story is a spy caper/cozy mash-up with spies, a body and no gore, violence, sex or bad language. A retro spy for the modern reader! 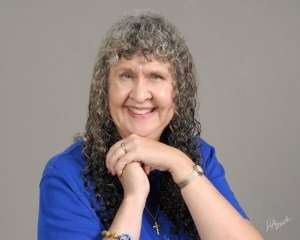 She has a master’s degree in theater from Indiana State University. While in school, her plays “Star Collector” and “Common Ground” were finalists in the American College Theater Festival One-Act Playwrighting Competition. “Common Ground” also earned a college creative writing award. “Star Collector” was produced in New York City and served as the inspiration for her first mystery series.

Sally also has a Master of Divinity and a black belt in tae kwon do.

Flower Power Fatality is the first book in the Psychedelic Spy series.

She has short stories in three anthologies: Last Exit to Murder, Plan B: Omnibus and Cozy Cat Shorts. She penned chapter three of the CCP group mystery Chasing the Codex.

Cozy Up WIth Kathy – SPOTLIGHT

Thanks for sharing!
« 5 Signs and Symptoms That Indicate Urinary and Bladder Problems in Dogs
Instant Pot Chicken Florentine Soup »