You are here: Home / Books / No Gravestone Unturned: A Cobble Cove Mystery by Debbie De Louise | Book Review and Guest Post
Thanks for sharing!

Welcome to my stop on the Great Escapes Virtual Book Tour for No Gravestone Unturned: A Cobble Cove Mystery by Debbie De Louise. Stop by each blog on the tour for interviews, guest posts, spotlights, reviews and more! 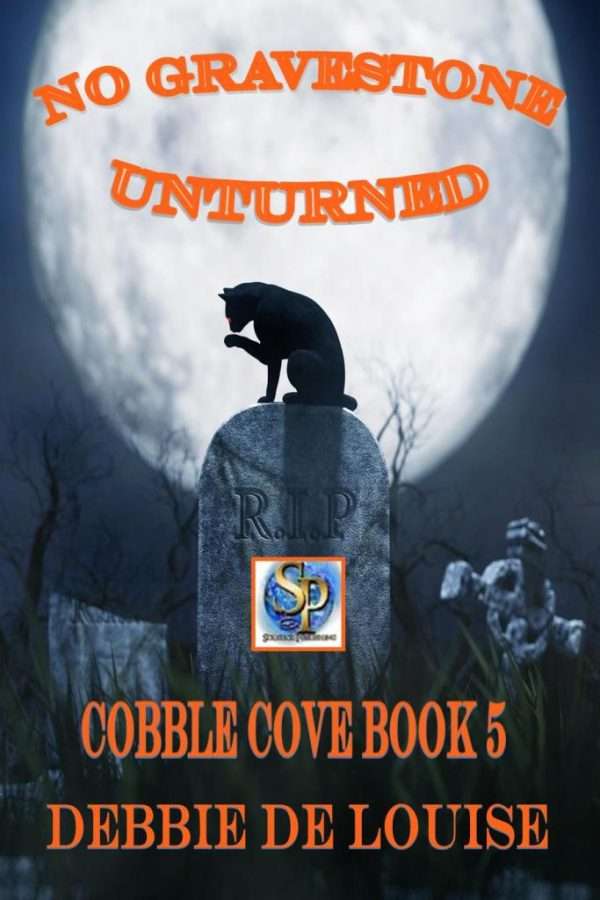 It’s October in Cobble Cove, and Alicia is busy preparing for the library’s Halloween party when she learns that John’s aunt from Florida has died and that John’s cousins and their spouses are coming to town to bury their mother. The day after the funeral, the caretaker’s son is found dead by John’s grandfather’s gravestone, from a blow on the head. The only witness seems to be Sneaky the library cat, who, having left the library, turned up at Alicia’s door with blood and dirt on him.

As Alicia, Gilly, and Sheriff Ramsay investigate, a generation of family secrets is uncovered. Are one of the guests staying at the inn a killer? Will the humans solve the crime, and can Sneaky, Kittykai, and Salem, the inn’s guest cat, team up to help?

My review of No Gravestone Unturned

I really enjoyed reading No Gravestone Unturned even though it was the first one by Debbie De Louise that I’ve read. As the fifth book in the Cobble Cove Mystery series, I was unfamiliar with the characters and their stories. However, I found the mystery well-plotted with clues that kept me guessing about who the murderer was. Be sure to read the author’s guest post about the role of secrets in mysteries because a big secret is front and center in this mystery.

No Gravestone Unturned has a feel-good, homey element to it. It definitely makes you feel cozy! Alicia and John, along with their two children, bring a lot of that coziness to the story. They’re a very sweet family, and I enjoyed reading about their home life. Yes, Alicia is an overprotective mother, but John balances her out well.

In addition to the main characters, a lot of visitors are in town because of a death in John’s family. It’ll take you a while to keep everyone straight if this is your first Cobble Cove read too. I’m sure I’d have been able to keep up with all of them more easily if I’d already known the regulars. But, you’ll catch on like I did.

I enjoy reading seasonal and holiday-themed cozy mystery books, so reading this Halloween cozy right before Halloween was fun. The party at the library makes me wish life were back to normal, but I guess that’s why we read…to escape from reality! I think you’ll enjoy this fun escape too!

Guest post from Debbie De Louise: The Role of Secrets in Mysteries

I was asked to participate in a panel on virtual Boucheron to discuss the keeping of secrets in relation to mysteries. I don’t know whether this guest post will be published before or after the panel, but here are some of my thoughts on this topic. As a mystery reader and author, I know that secrets play an important role in mystery novels. The secrets often lead to clues that help the detective or amateur sleuth solve the mystery. The character keeping the secret is usually, but not always, the perpetrator of the crime or the killer of the victim(s).

The reasons people keep secrets are varied. In most cases, a secret is kept to avoid punishment when someone does something wrong and is afraid of the consequences. In other cases, the secret is meant to hide a truth that a person feels shouldn’t be known because it will hurt or anger another person. Secrets are also kept to avoid shame or to profit from or gain something. In many cases, the reasons for these secrets are connected.

In my mysteries A Stone’s Throw and Sea Scope there are secret letters and/or diaries that lend clues to the main secret. No Gravestone Unturned: Cobble Cove #5 features secret rooms that serve as hiding places. In addition, there is one unusual hiding place that is the key to the murder that takes place on Halloween night.

The problem with secrets is that they are often revealed or discovered. In No Gravestone Unturned: Cobble Cove #5, the main secret has been kept through several generations and leads to a murder. However, it might not have been considered a true secret because it had been shared by a few people including the one person who it was meant to protect.

Lydia McKinney and Rosalie Carver were best friends. Lydia came from a wealthy family, but she preferred the simple life. When her marriage was arranged with Kurt McKinney, the principal of the Cobble Cove elementary school, they opened an inn together and welcomed guests. Lydia hired Rosalie to help with the housekeeping. But then something happened that made Rosalie hide a secret from Lydia.

The next time you read a mystery, look for the secrets. They may help you solve it. 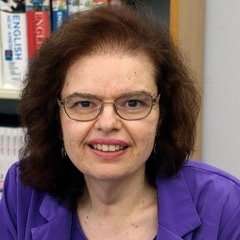 Debbie De Louise is an award-winning author and a reference librarian at a public library on Long Island. She is a member of Sisters-in-Crime, International Thriller Writers, the Long Island Authors Group, and the Cat Writers’ Association. She has a BA in English and an MLS in Library Science from Long Island University.

Her novels include the four books of the Cobble Cove cozy mystery series: A Stone’s Throw, Between a Rock and a Hard Place, Written in Stone, and Love on the Rocks. Debbie has also written a romantic comedy novella, When Jack Trumps Ace, a paranormal romance, Cloudy Rainbow, and the standalone mysteries Reason to Die and Sea Scope. Her latest book, Memory Makers, is a medical thriller. She lives on Long Island with her husband, Anthony; daughter, Holly; and three cats, Stripey, Harry, and Hermione.

Escape With Dollycas Into A Good Book -AUTHOR INTERVIEW

This Is My Truth Now – REVIEW

A Chick Who Reads – REVIEW