Welcome to my stop on the Great Escapes Virtual Book Tour for Tusk Justice: Cozy Mystery (A Kenya Kanga Mystery) by Victoria Tait. Stop by each blog on the tour for interviews, guest posts, spotlights, reviews and more!

At a summit on poaching, the keynote is homicide. Can a veterinarian solve the case before she becomes an endangered species? 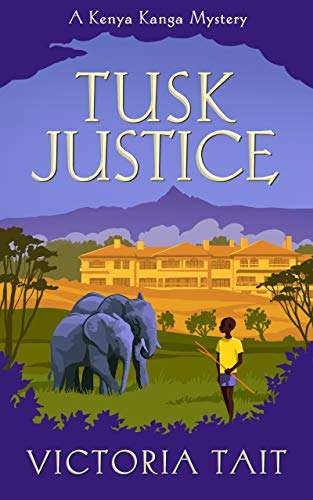 Kenya, 2016. Community vet and skilled sleuth ‘Mama’ Rose Hardie is passionate about saving elephants. As she runs her monthly clinic for the animals at the local resort, she plans to attend a conference on the issue with her ailing husband. But things turn sour when a world-renowned conservationist is found brutally stabbed to death.

With the authorities tied up in Nairobi, Rose sets out to bring the killer in herself. But with multiple suspects all hiding secrets and scandalous truths surrounding the victim, the culprit may be too slippery for the aged amateur detective to handle.

Can Rose trap the murderer before she ends up as the next target?

Tusk Justice is the second book in the thrilling Kenya Kanga Mysteries series. If you like quirky characters, lush African locales, and a love of animals, then you’ll adore Victoria Tait’s adventurous whodunit.

Tusk Justice opens with ‘Mama Rose’ Hardie assisting with the rescue of an orphan elephant on the lower slopes of Mount Kenya. The body of its mother, killed by poachers, has been found and the young elephant was spotted roaming alone.

The elephant is caught and its wounds treated by Rose. It is transported by pickup to a plane, sent from Nairobi by the Sheldrick Wildlife Trust to transport the elephant to its orphanage on the edge of Nairobi National Park.

The Sheldrick Wildlife Trust was founded in 1977 by Dame Daphne Sheldrick DBE, in memory of her late husband, David. Its many projects include anti-poaching, enhancing community awareness and addressing animal welfare issues.

The Trust is best known for rescuing, hand rearing and rehabilitating elephant and rhino orphans. The trust is still a family concern run by Daphne’s daughter, Angela, with the aid of her husband and sons. Since 1977, 262 infant elephants have been raised, and many have been reintegrated into two wild herds in Tsavo National Park.

Lapa is the 37th known calf to be born to an orphaned elephant, reintegrated into the wild by the Trust. Mirroring my story, his mother Lenana was rescued from the foothills of Mount Kenya, although her mother died of an illness rather than poaching. Since her rescue, fourteen years ago, Lenana was nurtured at the Trust’s orphanage in Nairobi before being moved to the Ithumba Reintegration Unit in Tsavo National Park. When she was released into the wild, she became a nanny to her older orphaned friend’s wild-born babies. 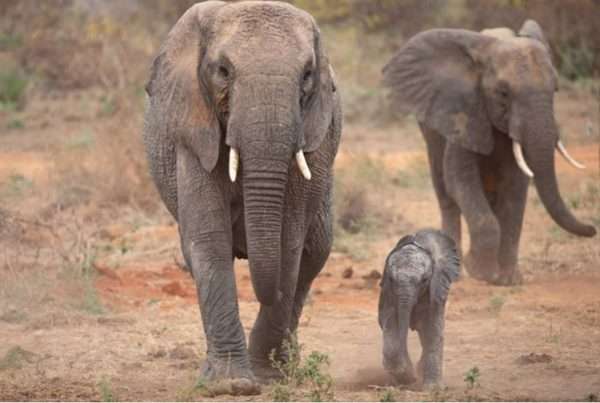 The staff at Ithumba were made aware of Lapa’s birth in August when Lenana led an entourage of elephants and proudly paraded her son to the staff. The name Lapa means moon in the Samburu language. Lapa caused great agitation to his many elephant nannies when he insisted on climbing into the water trough at the Ithumba stockades. He achieved his goal and although Head Keeper Benjamin was on hand to help, Lenana calmy pulled her young son out of the water.

The Nairobi orphanage currently has 12 elephants in the nursery. The youngest is Neleku, 14 months old, who was rescued from the Maasai Mara when her mother fell ill and died.

I have been lucky enough to visit the orphanage in Nairobi on two occasions. Each morning visitors stand behind a roped off area on the edge of Nairobi National Park. The orphans trot back from the park in single file, and a younger elephant may hold on to the tale of an older friend. At the front, the higher spirited elephants race each other to be the first to reach the keepers with their enormous milk bottles. The older elephants wrap their trunks around the bottles and feed themselves whilst their younger companions need help from the keepers. 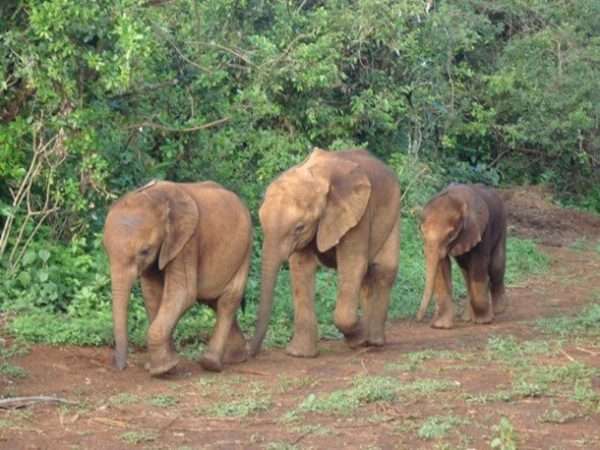 Elephants returning to the orphanage

After feeding the elephants play together. Sometimes the keepers dig a hole in the red soil and fill it with water. Each orphan has its own unique style of bathing: some dive, some glide and some prefer to just wet their toes. Getting muddy and playing with their friends is vital for the young elephant’s development as well as being a sign of happiness.

Evening at the orphanage

In the evening a smaller group of visitors is allowed into the orphanage: people who have already joined the trust’s adoption scheme, or those who are there to choose the elephant they wish to adopt. We took the children just before Christmas, when they were young, so they could choose the elephant they wanted to adopt as a Christmas present. They chatted with the keepers and asked them questions before making their choice.

At 5pm the elephants return to the bedrooms. They are kept in separate enclosures so those who want to sleep are not disturbed by others wanting to play, and it makes it easier to feed them. The elephants are fed with formula milk by their individual keepers every 3 hours, day and night. They are also given branches in their enclosures to tear the leaves from and eat. The younger elephants have large stables and often wear a blanket at night to keep them warm. Their keeper sleeps in the stable on raised beds, although they have been known to curl up on the straw-covered floor with the newest arrivals. The larger elephants live in open enclosures and whilst still being on their own, they can see and communicate through the partition fences with their neighbours.

The prize supports this charity!

I strongly recommend visiting the Sheldrick orphanage if you are in Nairobi. To show my continuing support of their great charity, the Rafflecopter Prize includes a year’s adoption of Roho, a 20-month-old elephant who was orphaned when poachers killed his mother. This digital prize includes a personalised adoption certificate, a monthly update about Roho and the orphanage, a monthly watercolour picture of Roho by Angela Sheldrick, and access to the keeper’s diary, photos and videos. 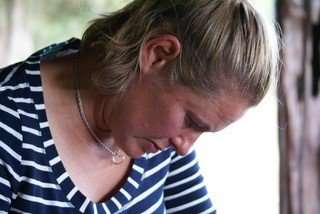 Victoria Tait is the exciting new author of the Kenya Kanga Mystery series.  She’s drawn on 8 years living in rural Kenya, with her family, to write vivid and evocative descriptions.  Her readers feel the heat, taste the dryness, and smell the dust of Africa.  Her elderly amateur sleuth, “Mama Rose” Hardie is Agatha Christie’s Miss Marple reincarnated and living in Kenya.

Like all good military wives, Victoria follows the beat of the drum and has recently moved to war-scarred Sarajevo in Bosnia. She has two, fast-growing nearly teenage boys.  She enjoys horse riding and mountain biking but is apprehensive about learning to ski.  Victoria is looking forward to the sun, sand, and seafood of neighbouring Croatia when the world returns to normal.

You can find Victoria at https://www.victoriatait.com/

Enter to win a copy of the book and a year’s adoption of Roho, a 20-month-old elephant who was orphaned when poachers killed his mother. This digital prize includes a personalised adoption certificate, a monthly update about Roho and the orphanage, a monthly watercolour picture of Roho by Angela Sheldrick, and access to the keeper’s diary, photos and videos.