You are here: Home / Books / Spawning Suspicion (A Seafood Caper Mystery) by Maggie Toussaint | Guest Post
Thanks for sharing!

Welcome to my stop on the Great Escapes Virtual Book Tour for Spawning Suspicion (A Seafood Caper Mystery) by Maggie Toussaint. Stop by each blog on the tour for interviews, guest posts, spotlights, reviews and more! 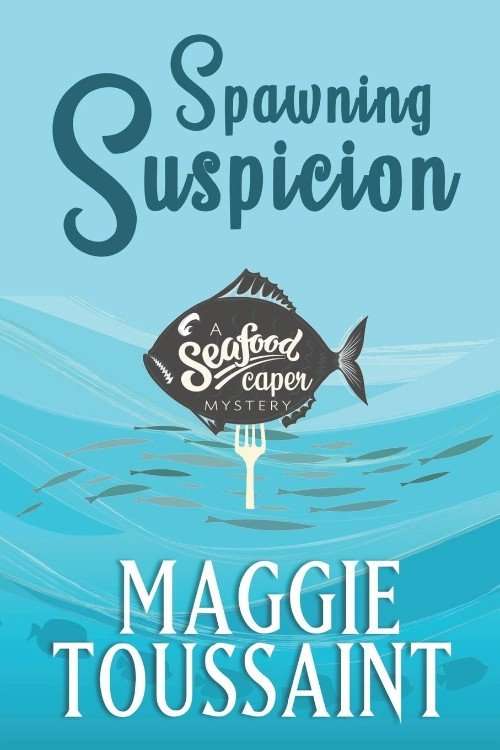 The death of island playboy Curtis Marlin doesn’t register on busy caterer River Holloway’s radar…that is, until her brother and his girlfriend are arrested for the former athlete’s murder. Certain of the pair’s innocence, the amateur sleuth sets out to investigate. Suspicion on the island spreads like chocolate sauce when River questions the victim’s teammates. The suspects don’t appreciate her stirring up trouble, but she won’t let an election-hungry sheriff make her brother a sacrificial lamb.

But there’s more than murder on River’s to-do list. A missing groom, catered banquets, and River’s own wedding plans keep her hopping like a short order cook. And as the cherry on the sundae, she has a wild kitty to tame.

Under mossy oaks and rustling palmettoes, fact and fiction blend in a mouthwatering romp of good eatin’ and yummy recipes. Spawning Suspicion is the second in Toussaint’s Seafood Capers Mystery Series.

“You can pick your friends but not your family.” I’ve heard that phrase more times than I can count. Seems like everyone has at least one person or one side of the family they’d rather not acknowledge.

The same is true for book characters.

In the case of Spawning Suspicion, I included a scene from the murder victim’s funeral. As it turns out, the deceased Curtis Marlin had one surviving relative, his great uncle Ross Talley, who’d come all the way from Birmingham, AL, to Shell Island, GA, for the funeral home send-off.

Curtis had been raised by his grandmother, Gertrude Talley, after his parents died in a motorcycle accident fifteen years ago. Mr. Talley had come east to Gertrude’s funeral four years ago, keenly disappointed that the Talley family heirloom antique furniture was gone.

Mr. Talley is disgusted by the wasted life of his great nephew. My sleuth River Holloway speaks with Mr. Talley after the service and listens to his complaints. He feels Curtis’s wild ways shortened Gertrude’s life by bankrupting her morally and physically. He’s so upset he won’t fly the ashes back home with him.

River suggests alternate solutions for dealing with the remains and the man nods as if considering them. He thumps down the aisle with his cane, and River is left with her own troubled thoughts.

Just before joining Mr. Talley at the front of the chapel, River had two unpleasant encounters. One was with Deputy Gil Franklin. He didn’t want her nosing around in his murder case. He agreed to let her pay her respects to the family so he’s waiting outside to read her the riot act.

The second unpleasant encounter was when Curtis’s crew of Heavy D, Ty, and Eggs swept past her pew, and Ty threatened her if she came near “his boys” again. These three thirty-somethings were former high school basketball team members of the deceased.

Everyone was sending River the messages of “back off” and “Curtis is trouble.” She’d love to walk away from this funeral and never think of Curtis Marlin again. By all accounts, he’d found ways to party hearty all his adult life, selfishly thinking only of himself and not caring who he hurt.

River would love to walk away but she can’t. Because of her brother’s murder charge, her family’s fate is now linked to Curtis Marlin’s life and times. Her brother had acted out and gotten in trouble with the law when their mother died, but that was a one time thing. He wasn’t guilty of murder. Heck, he couldn’t even kill bugs in the house. He caught them and put them outside.

With the law breathing down her neck, Mr. Talley furious at Curtis for destroying his family, and Curtis’s friends closing ranks, River has a tough row to hoe if she tries to solve this crime.

But it turns out another old adage is just as true in real life as it is for book characters, especially for River Holloway. No doubt in her mind that “blood is thicker than water.” She’ll do whatever it takes to save her brother. 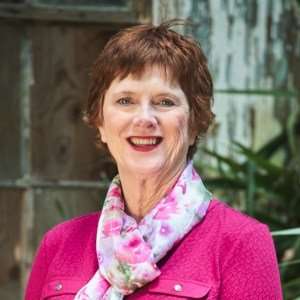 Southern author Maggie Toussaint writes cozy and paranormal mysteries, romantic suspense, and dystopian fiction, with twenty fiction novels published. A multi-year finalist for Georgia Author of the Year, she’s won Silver Falchions, the Readers’ Choice, and the EPIC Awards. She’s past president of Mystery Writers of America-Southeast chapter and an officer of LowCountry Sisters In Crime. She lives in coastal Georgia, where secrets, heritage, and ancient oaks cast long shadows. Visit her at https://maggietoussaint.com/

Books to the Ceiling – SPOTLIGHT

Thanks for sharing!
« Sprinkled with Sabotage by Allison Pearl | Book Review
Dreaming of Tomorrow by Michelle De Bruin | Book Excerpt »