You are here: Home / Entertainment / Watch Love and Monsters for a Fun Movie Night
Thanks for sharing!

LOVE AND MONSTERS is such a great movie! With most theaters closed and some states on lockdown, not many movies have hit the big screen. The ones that do, don’t have much chance to make the big blockbuster status or bucks. This movie should have (would have) but 2020. Nuff said. But you can watch it on 4K Ultra HD, Blu-ray & DVD now from Paramount Home Entertainment. 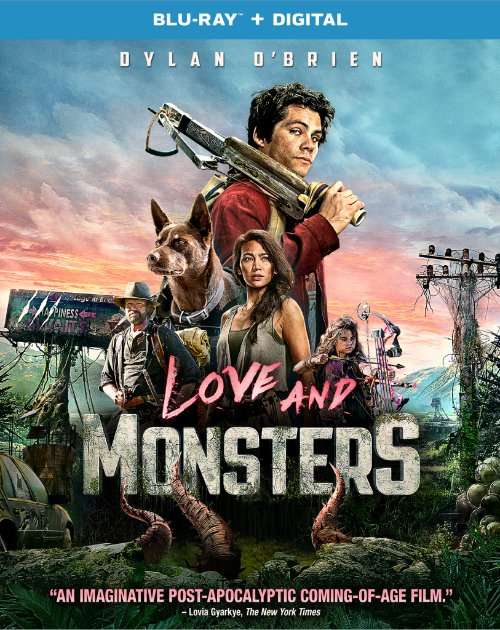 I received this movie for free. I was not required to leave a review and all opinions are my own.

The film is a critical and audience hit following its theatrical and Premium Video-On-Demand debut, with a 92% critic score and 89% audience score on Rotten Tomatoes.*

Seven years after the Monsterpocalypse, Joel Dawson (Dylan O’Brien), along with the rest of humanity, has been living underground ever since giant creatures took control of the land. After reconnecting over radio with his high school girlfriend Aimee (Jessica Henwick), who is now 80 miles away at a coastal colony, Joel begins to fall for her again. As Joel realizes that there’s nothing left for him underground, he decides to venture out to Aimee, despite all the dangerous monsters that stand in his way. The fun-filled and action-packed adventure also stars Dan Ewing, Michael Rooker and Ariana Greenblatt.

My review of Love and Monsters

LOVE AND MONSTERS is a surprisingly amazing movie. I can’t stand that it had to be released during the worst time for movies to hit the big screen; however, I love that I got to watch it. It has great acting, characters that you actually care about, and a fun, original storyline. You’ll laugh…a lot. You’ll think, “How have I not heard much (or anything) about this fantastic movie?” And, most of all, you’ll finish it with a smile on your face and a much lighter feeling in your heart. I highly recommend it.

Deleted scenes
Bottom of the Food Chain: The Cast of LOVE AND MONSTERS
It’s a Monster’s World: Creating a Post-Apocalyptic Landscape

Purchase the film wherever movies are sold!!