Welcome to the Honey Bunny Giveaway Hop! Thanks to the sponsor, one of my US readers can win a copy of Let Liberty Rise! How America’s Schoolchildren Helped Save the Statue of Liberty by Chana Stiefel.

🟊“This charming history title is a true inspiration for the present. An informative must-have for all libraries.” — School Library Journal, starred review

“All rise to this evocative, empowering offering.” — Kirkus Reviews

“[A] true tale of cooperation among all ages.” — Publishers Weekly 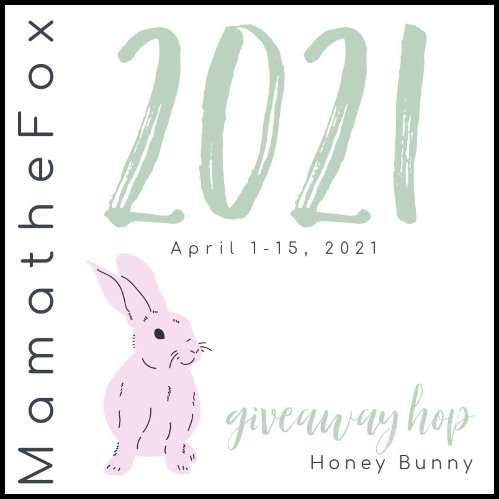 Thanks to our host MamaTheFox

Let Liberty Rise! How America’s Schoolchildren Helped Save the Statue of Liberty 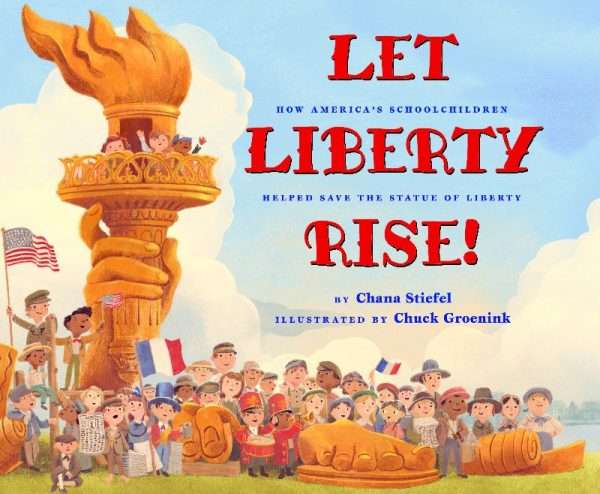 On America’s 100th birthday, the people of France built a giant gift. It was one of the largest statues the world had ever seen — and she weighed as much as 40 elephants! And when she arrived on our shores in 250 pieces, she needed a pedestal to hold her up. Few of America’s millionaires were willing to foot the bill.

Then, Joseph Pulitzer (a poor Hungarian immigrant-cum-newspaper mogul) appealed to his fellow citizens. He invited them to contribute whatever they could, no matter how small an amount, to raise funds to mount this statue. The next day, pennies, nickels, dimes, and quarters poured in. Soon, Pulitzer’s campaign raised enough money to construct the pedestal. And with the help of everyday Americans (including many thousands of schoolchildren!) the Statue of Liberty rose skyward, torch ablaze, to welcome new immigrants for a life of freedom and opportunity.

My review of Let Liberty Rise!

Let Liberty Rise! How America’s Schoolchildren Helped Save the Statue of Liberty is an inspiring story for children from 6 to 106! We live in an age where history is being cancelled. I have strong opinions about that. Just because something happened in the past doesn’t mean it didn’t happen! Hopefully many of those things wouldn’t happen today, but “cancelling” them doesn’t erase them. We learn from history (or we used to at least). Hopefully no one ever decides that the Statue of Liberty should be cancelled….let’s hope common sense begins to reign again before that happens.

Hopefully you’re old enough to have been taught about the history of the Statue of Liberty, but if you haven’t, here’s a little background. Lady Liberty was a gift from France. The French helped the USA gain our independence, and this was a gift to us in celebration of our freedom. At the time, the French had yet to be afforded the liberties those in the United States had. It was an amazing, generous gift paid for by French citizens. However, in order to erect the Statue of Liberty, the USA needed to provide a platform large enough to hold the weight. And that’s where this story begins!

I was very moved by this story. Since America’s millionaires didn’t want to help pay for the platform, Joseph Pulitzer called on the “common” people to contribute to the cause. And whether they donated a penny or a dollar, those who donated would have his or her name printed in his newspaper. We know where the story goes because we can see Lady Liberty standing in New York harbor today! Though we may not have much, we can bet that we have more than most…and even a little bit can make a difference. We can see it in this story.

Let Liberty Rise! is beautifully illustrated with illustrations that help bring the story to life. As with many children’s nonfiction books, this book has lots of extra information included in the back. I can’t recommend this book enough. It is just what your kids need to hear. I’m proud to be an American and grateful for the liberties I have. Let’s never take them for granted.

FREEBIE!! Download a free curriculum guide and check out the book trailer on the book page for Let Liberty Rise!

Chana Stiefel is the author of more than 25 books for kids. She hails from sunny South Florida and now lives in New Jersey, just a ferry ride away from the Statue of Liberty. Chana loves visiting schools and libraries as well as sharing her passion for reading and writing with children. She earned a master’s degree in Science, Health, and Environmental Reporting from New York University. To learn more, visit Chana at chanastiefel.com

Chuck hails from an overgrown village among the peat bogs in the north of the Netherlands, where he spent his formative years climbing trees, drawing, reading, and cycling. He attended the Artez Institute of Visual Arts in Kampen, graduating from the Department of Illustration in 2004. He now resides in Valatie, New York, with his wife, dog, and two cats. Visit Chuck at chuckgroenink.com

One lucky winner will receive a copy of Let Liberty Rise! How America’s Schoolchildren Helped Save the Statue of Liberty, courtesy of Scholastic (U.S. addresses).


MamatheFox and all participating blogs are not held responsible for sponsors who fail to fulfill their prize obligations.

Thanks for sharing!
« Rest, Relax, Run for Your Life (Ooey Gooey Bakery Mystery) by Katherine H. Brown | Guest Post
Tips and Strategies to Help You To Manage Anxiety »