You are here: Home / Animals / How To Help A Dog With An Upset Stomach
Thanks for sharing!

Dogs love their food. In fact, you could go as far as to say that they are obsessed with it. The slightest indication that there is something edible in the environment and they begin salivating all over the place. But, unfortunately, our furry four-legged friends can sometimes suffer from upset stomachs. And that can make them feel down in the dumps. 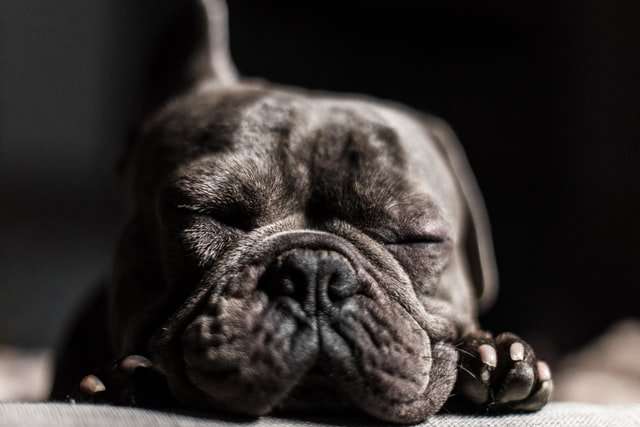 There are actually many reasons a dog gets an upset stomach. These could include ulcers, bloating, change of diet, ingestion of something toxic, and food sensitivities. There are also more severe issues, including heat stroke, reactions to medications, foreign bodies in the intestines and liver failure.

As an owner, therefore, you should seek medical attention for your pooch if their symptoms persist. Don’t assume that they will just go away eventually. Sometimes, they won’t.

However, if your dog just has a regular upset tummy and their symptoms are mild, you might want to try the following interventions:

Give Your Pooch Bone Broth

Dogs with upset stomachs don’t usually want to eat bulky solids. Instead, they prefer liquid foods. Therefore, it’s a good idea to give your dog some cooked bone broth to drink. It’s tasty and comforting, and it can help to keep them hydrated through a nasty bout of diarrhea. It does take a while to prepare though. So ideally, you’d make it in advance and then keep it in the freezer until you need it.

Feed Your Dog Some Ginger

In the past, owners steered clear of giving dogs any herbs at all, fearing the effects that they might have on their bodies. But, today, ginger for dogs is becoming more popular. That’s because, as in humans, it can help sick animals feel less nauseous and may even speed their recovery. To feed your dog ginger, just cut off a small chunk from a fresh piece and include it in their regular food.

Stop Feeding Your Dog For A While

Withholding food from your dog for a short period – perhaps 24 hours – will not harm it and could help assist with its recovery. Skipping meals gives the stomach and bowel time to recover and can even upregulate the immune system, making it more active.

Give Your Dog Ice Cubes In Its Water Bowl

It’s important for your dog to remain hydrated if they have a bad stomach. But allowing them to lap too much water could make their symptoms worse.

It’s a good idea, therefore, to put ice cubes in your dog’s water bowl. These allow you to regulate the speed at which your dog gets water more easily.

Alternatively, you could carefully ration water. However, this takes more oversight on your part.

Find out what Caused The Upset Stomach

Identifying what caused the upset stomach in the first place is the best way to stop it from happening again. If you know that you fed your dog something it shouldn’t have eaten, then that’s a great place to start. Also, look around for anything that looks chewed and your dog might have eaten by mistake.

Thanks for sharing!
« Living Your Best Life At Any Age
Poker Face: A Spotted Pony Casino Mystery by Paty Jager | Guest Post »