You are here: Home / Books / The Girl You Killed by Leslie Wolfe | Guest Post
Thanks for sharing!

Welcome to my stop on the Great Escapes Virtual Book Tour for The Girl You Killed by Leslie Wolfe. Stop by each blog on the tour for interviews, guest posts, spotlights, reviews and more!

The Girl You Killed 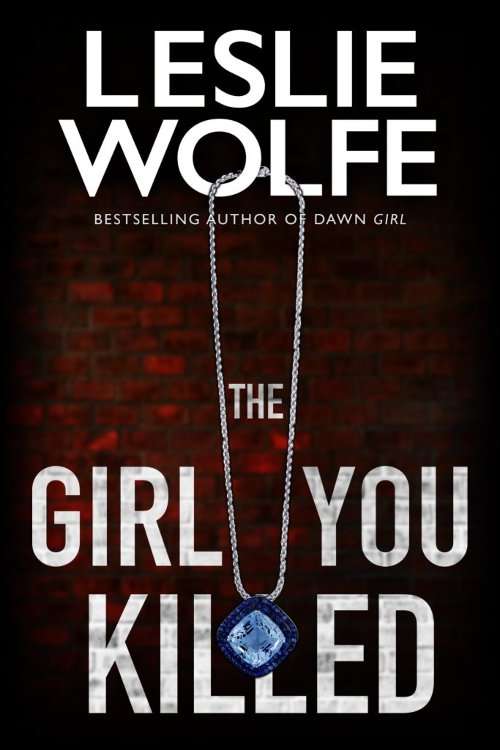 Andrea Brafford’s life is nearly perfect. A passionate marine biologist, happily married to Craig, the man she loves, recently moved into a home commensurate with their success to enjoy a life many others only dream about, in one of Houston’s most desirable suburbs. But only a few months later, a trial that dramatically polarizes their town names Craig Brafford as a defendant in the murder of his young wife, shattering the serenity of the peaceful community.

Andi’s name is on everyone’s lips, her relationships exposed and torn to shreds in a highly publicized case that has everyone’s eyes glued to the internet. Andrea’s life remains a mystery that investigators and public opinion equally fail to solve. Was she the happy, devoted wife she’d made everyone believe she was?

Only she can answer that question.

Until recently, serial killer fiction, whether in books or on the screen, showed us villains who kept girls locked in decrepit dungeons in the woods, as far away from civilization as possible, making any hero’s plight to rescue the victim a nearly impossible one.

While in fiction, this trend might still linger, in reality, the situation is different. The modern sociopath is wearing a suit and has a good job. They are perceived as upstanding members of the community, respected, appreciated, sometimes envied for their success in climbing whatever ladder they set their minds to climb. The woods still hide many cabins out there, and some are owned or inhabited by dangerous criminals, but the prevalence of the well-integrated sociopath is higher than ever.

Some authors put that prevalence to four percent of our population, a shockingly high number. This four percent means that on your street, if you live on a relatively small one with not more than twenty-five houses on it, one of your neighbors is a sociopath.

Let’s raise the stakes a little. In corporate environments, especially in leadership roles, that percentage is significantly higher. Sociopaths are self-serving opportunists, people who don’t hesitate to do whatever it takes to reach their goals and who aren’t burdened with ethical or moral dilemmas, with right and wrong, or with a conscience. For them, there’s only one true north: whatever serves their interest. That’s a key characteristic enabling them to accede to power faster and more significantly than hard-working employees who might well deserve the management opportunity but, as fate often has it, are skipped over at promotion time. If you’ve encountered a toxic culture in your workplace, ripe with bullying, conflict, stress, staff turnover, or absenteeism, chances are there’s a sociopath at work in your office, injecting their specific brand of poison into the corporate culture of the place.

Through some twist of fate, I have become familiar with the issue through personal experience and subsequent research, especially the works of Dr. Robert Hare (Snakes in Suits) and Dr. Martha Stout (The Sociopath Next Door). As an author, I’ve always been drawn to serial killers, the fascination with their motives and how their minds work an endless source of inspiration for me. Since I’ve learned more about the modern sociopath, I’ve taken it upon myself to bring to life the well-integrated sociopath, the one who has a condo instead of a cabin in the woods, the one who drives a white Lexus, not a twenty-year-old, rusted Chevy truck.

Given the right ingredients to augment their urges, like Machiavellianism and narcissism, the urban sociopath is just as blood-thirsty as the rural version, only more sophisticated. They make you doubt every value you have, anybody you know, and everything you thought you knew about people. But there’s one thing you should know about them, and about yourself. If you meet someone and have an uneasiness about them, a gut feeling that you can’t explain, run. Take distance from the otherwise charismatic individual and listen to your gut. Instinct saved our species and continues to do so as long as we listen.

Finally, let me remind you of one scary yet fictional fact from the Thomas Harris masterpiece, The Silence of the Lambs: Before being incarcerated in a maximum-security facility, Dr. Hannibal Lecter was a successful psychiatrist with a blooming practice, a well-integrated individual.

The characters I create—and the villain in The Girl You Killed is a great example—were carefully developed for your enjoyment and to give you something to ponder about the people who live in this world.

Thank you for this fascinating post, Leslie! I had to add this image because as soon as I read the title of your guest post, I thought of Sherlock! 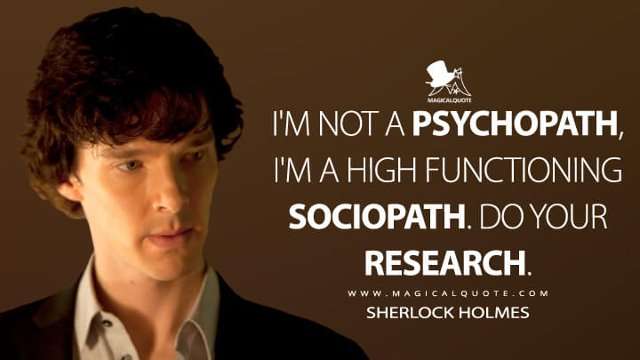 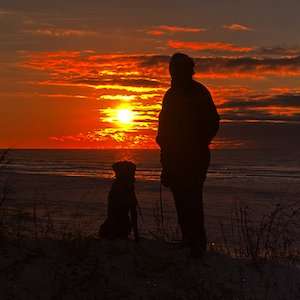 Leslie Wolfe is a bestselling author whose novels break the mold of traditional thrillers. She creates unforgettable, brilliant, strong women heroes who deliver fast-paced, satisfying suspense, backed up by extensive background research in technology and psychology.

Leslie released the first novel, Executive, in October 2011. Since then, she has written many more, continuing to break down barriers of traditional thrillers. Her style of fast-paced suspense, backed up by extensive background research in technology and psychology, has made Leslie one of the most read authors in the genre and she has created an array of unforgettable, brilliant and strong women heroes along the way.

A recently released standalone and an addictive, heart-stopping psychological thriller, The Girl You Killed will appeal to fans of The Undoing, The Silent Patient, or Little Fires Everywhere. Reminiscent of the television drama Criminal Minds, her series of books featuring the fierce and relentless FBI Agent Tess Winnett would be of great interest to readers of James Patterson, Melinda Leigh, and David Baldacci crime thrillers. Fans of Kendra Elliot and Robert Dugoni suspenseful mysteries would love the Las Vegas Crime series, featuring the tension-filled relationship between Baxter and Holt. Finally, her Alex Hoffmann series of political and espionage action adventure will enthrall readers of Tom Clancy, Brad Thor, and Lee Child.

Leslie has received much acclaim for her work, including inquiries from Hollywood, and her books offer something that is different and tangible, with readers becoming invested in not only the main characters and plot but also with the ruthless minds of the killers she creates.

A complete list of Leslie’s titles is available at LeslieWolfe.com/books.

Leslie enjoys engaging with readers every day and would love to hear from you. Become an insider: gain early access to previews of Leslie’s new novels.

The Girl You Killed TOUR PARTICIPANTS

I Read What You Write – REVIEW, AUTHOR INTERVIEW,

Thanks for sharing!
« Murder, She Wrote: Debonair in Death (Murder She Wrote) by Jessica Fletcher and Terrie Farley Moran | Book Review
Gobbledy: A Novel by Lis Anna-Langston | Book Spotlight »