You are here: Home / Books / What Happened on Box Hill: Austen University Mysteries by Elizabeth Gilliland | Guest Post
Thanks for sharing!

Welcome to my stop on the Great Escapes Virtual Book Tour for What Happened on Box Hill: Austen University Mysteries by Elizabeth Gilliland. Stop by each blog on the tour for interviews, guest posts, spotlights, reviews and more!

What would happen if you combined all of Jane Austen’s characters into one modern-day novel? 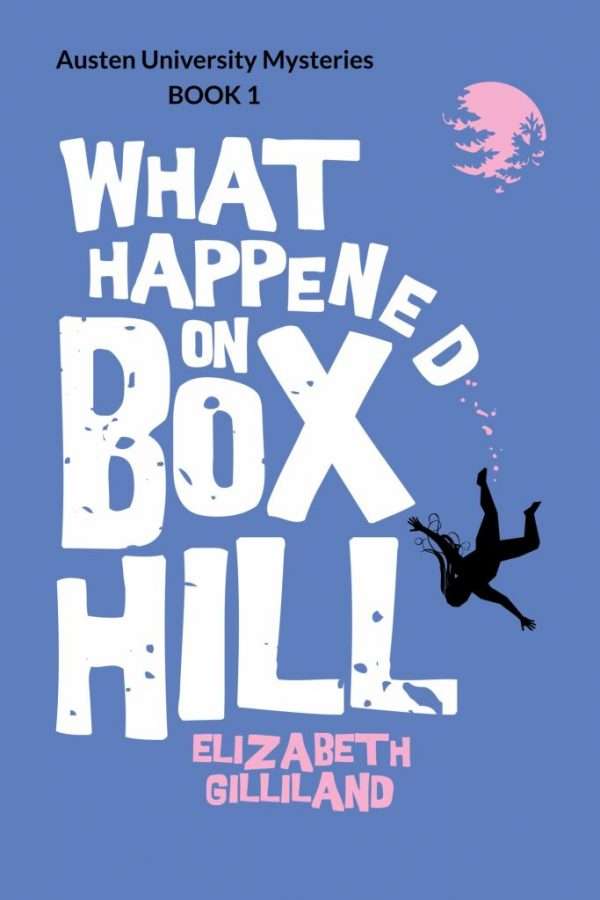 When Caty Morland’s roommate, Isabella, falls to her death on Initiation night, Austen University is quick to cover up the scandal and call it a tragic accident. But avid true-crime lover Caty remains convinced that Isabella didn’t fall; she was murdered. With the help of Pi Kappa Sigma President Emma Woodhouse, Caty organizes a dinner party with the most likely suspects, including familiar faces such as Darcy, Elizabeth Bennet, Knightley, and Marianne Dashwood. The theme of the night is murder, and Caty has three courses to find out what happened to Isabella–and to try to keep the killer from striking again.

Thank you for having me today, Christy! I’m so excited to introduce the world to What Happened on Box Hill.

When people initially hear the premise for the Austen University Mystery series, it might seem like a bit of a strange choice to retell Jane Austen’s novels as modern-day cozy murder mysteries. For those who aren’t familiar with the author (or who maybe  were only forced to read one of her books in high school), Jane Austen might have a reputation for writing mostly romance novels.

Austen is known for some of her great romances (Mr. Darcy and Elizabeth Bennet, Captain Wentworth and Anne Elliot), but there’s a lot more going on in an Austen novel than just a surface-level love story. As a matter of fact, you might be surprised by just how much her books have in common with some of the conventions of the cozy mystery novel.

According to Cozy-Mystery.Com, some of the defining traits of a cozy mystery are as follows:

Let’s see how well these common tropes of the cozy mystery match up with Jane Austen:

*A cozy mystery is a “fun read” that engages the mind. While those who had a bad experience with Austen as part of curriculum reading might grumble that reading one of her books isn’t much fun, those of us who are ardent Austen fans would argue that for many, Austen’s novels are the epitome of comfort reading: engaging, witty social satire that makes you laugh, think, swoon, and always come back for more.

*The main character is almost always an intelligent woman who is an amateur sleuth. Austen’s heroines weren’t sleuths for the most part (Catherine Morland might be the exception, since she does believe she’s uncovered a murder), but they are all intelligent women who are adept at reading social situations and people, even if their deductions aren’t always correct. Part of the “mystery” of the novel is determining who is honorable, who has bad intentions, and who isn’t quite what they seem. The stakes aren’t usually life or death, but they can be ‘til death do us part, which isn’t a far stretch.

*The cozy mystery takes place in a small town or village. Most of Austen’s novels are set primarily in the English countryside; Persuasion and Northanger Abbey both see the heroines traveling to Bath, but they also feature much smaller settings where the same group of individuals can bump into each other over and over again as the plot unfolds. (Sounds familiar, no?)

*The amateur detective often has some connection to someone who is a professional (doctor, detective, police officer, etc.). Okay, so this one might be a bit of a stretch, since again, there aren’t too many detectives in Austen’s novels, none of the women have occupations, and most of the men are gentlemen (that is to say, they inherit their money, they don’t earn it). However, many of the plots hinge on the heroines being well-connected to relatives, family friends, or other benefactors who allow them to travel, make important new connections, and experience more of life than they would have been able to on their own. It helps to have friends in high places, apparently even in Regency times!

*The cozy mystery must have a strong supporting cast of likable characters. Austen might be thought of as a “romance” writer today, but in the time she was writing, she was more well-known for her comedic chops and her strong side characters. Yes, she could write a great love story, but Austen’s real legacy that set her apart from other writers was her strong supporting cast: characters like Mrs. Bennet, Mr. Collins, Mrs. Jennings, Mr. and Mrs. Palmer, Miss Bates, and many others rank among the funniest in English literature.

*The books are “gentle” with any graphic violence or sex happening off the page. Scandal might happen within the plot line of a Jane Austen novel, but never on the page. We might hear vague details about duels, infidelity, pregnancy out of wedlock, etc., but it’s couched in such polite language you would be forgiven for not realizing it even happened.

*Cozy mysteries have several twists and turns before the plot is ultimately resolved. Austen’s novels might have a pretty low body count, but mystery abounds in her novels. Characters who might seem standoffish and rude turn out to be honorable and good; those who seem to be in love with one person might be secretly engaged to another; and the motives and true nature of each character often won’t be entirely clear until the last chapter when everything ties together. Austen loves to subvert the expectations of her readers, and she sets them up for heartbreak, humor, and many surprises before the novel comes to an end.

With all this in mind, I hope I’ve successfully managed to convince you that Jane Austen was the original cozy mystery author. Okay, we won’t go quite that far, but hopefully we can at least all agree that her plots and characters aren’t so far removed from a good mystery novel. To see how it all plays out in modern day when you group all her characters together (who likes each other, who hates each other, who winds up murdered, and who ends up being a murderer), check out What Happened on Box Hill, available now! 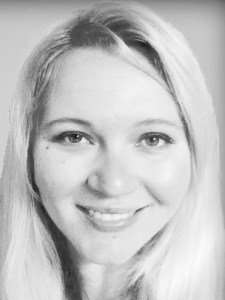 Elizabeth Gilliland teaches English at the university level, putting as much Austen into her syllabi as she can get away with. In 2018, she completed her Ph.D. from Louisiana State University, where she wrote her dissertation on Jane Austen adaptations and fever-dreamed this series in a caffeine-induced haze. She is a proud member of the Jane Austen Society of North America, and excerpts of the Austen University series have won awards through JASNA and Jane Austen & Co/The Jane Austen Summer Program. She lives in Alabama with her husband and son.

I Read What You Write – AUTHOR INTERVIEW