You are here: Home / Books / Shadow of the Gypsy by Shelly Frome | Guest Post
Thanks for sharing!

Welcome to my stop on the Great Escapes Virtual Book Tour for Shadow of the Gypsy by Shelly Frome. Stop by each blog on the tour for interviews, guest posts, spotlights, reviews and more!

Shadow of the Gypsy 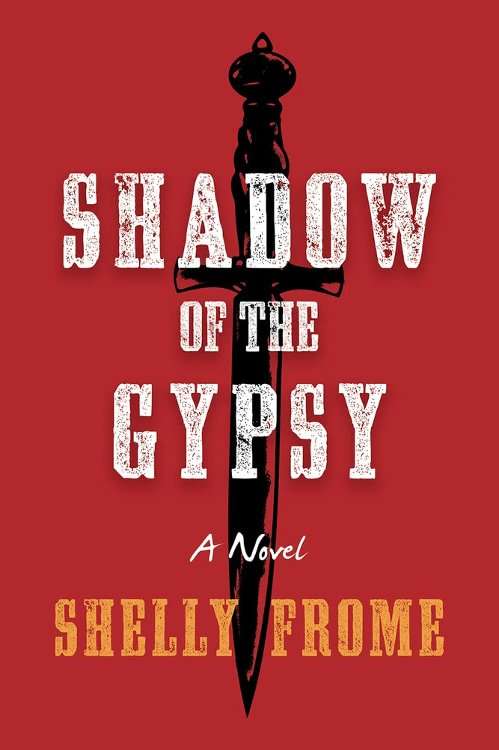 Josh Bartlett had figured all the angles, changed his name, holed up as a small-town features writer in the seclusion of the Blue Ridge. Only a few weeks more and he’d begin anew, return to the Litchfield Hills of Connecticut and Molly (if she’d have him) and, at long last, live a normal life.

After all, it was a matter of record that Zharko had been deported well over a year ago. The shadowy form John had glimpsed yesterday at the lake was only that — a hazy shadow under the eaves of the activities building. It stood to reason his old nemesis was still ensconced overseas in Bucharest or thereabouts well out of the way.

And no matter where he was, he wouldn’t travel south over eight hundred miles to track Josh down. Surely that couldn’t be, not now, not after all this.

Guest post: The Power of Myth By Shelly Frome

It’s been well-documented that Walt Disney’s great inspirations came about by bypassing market trends and tapping into old tales that had universal appeal, like Snow White, Pinocchio and Cinderella. Stories that captivated and evoked a whole gamut of emotions and made an audience wonder, worry and feel even if they already knew the outcome. The animation was so lifelike, the characters so engaging, the contest between forces of good and evil so meaningful on some deeper level, as the images unfolded they held everyone in suspense.

Later on, taken by Joseph Campbell’s world-wide study of the hero’s journey—setting out to recapture something precious that’s been lost or forgotten and bringing it back— George Lucas embarked on his Star Wars epics. Lucas’ version was highly imaginative, but no matter how outlandish the characters (like Chewy growling, hell-bent at the helm of a space ship), what was at stake was easily grasped by viewers across the globe. Themes such as the threat of the dark side; an inner force that could be awakened for good; the struggle between fathers and sons and all the rest of it struck a chord.

Not to forget E.T., the extra-terrestrial who was mistakenly left behind and sought any means possible to get back home. And Dorothy, of course, going through her own hero’s journey in Oz as her companions discover the traits that were there all along. Through her escapades, Dorothy too rediscovers there’s no place like home.

On a practical note, there often comes a time when the script doesn’t hold up. There’s lots of action, lots of things going on but, as Marlene Dietrich once said to Ernest Hemingway, “You are all the time confusing motion with action.” By action, she meant an evolving challenge that held your attention until the peak moment and final climax. All that motion neither adds up or resonates.

Moreover, there may be a string of twists and turns—plot point one, plot point two, etc. every five or ten minutes—as the whole exercise soon becomes formulaic instead of truly self-generating.

There’s also the tendency to get carried away with witty exchanges between couples or warring factions that cause you to lose track of what the story is really all about, if anything.

In this age of sound bites, a catchy log-line up front becomes nothing more than a trendy catalyst. “Retired C.I.A. killer meets working girl” is an example. The problem here is that there is no genuine underpinning, forcing the writer to keep grafting and tacking things on that don’t belong in an attempt to shore up a premise that doesn’t bind viewers but, at best, offers a little diversion.

All told, it may be much more worthwhile to rely on a universal touchstone to see you through.

Take the ancient Greek tale of Ariadne, Theseus and the Minotaur. Theseus’ task was to reach the middle of the labyrinth and do away with the Minotaur. However, he needed the golden thread Ariadne provided in order to locate the Minotaur’s lair and wend his way back to safety. The great thing about a myth that’s lasted over the years is the fact that it never stops reverberating. In this case, there is always a need for some golden thread metaphorically speaking.

Think, for example, of some guiding thread in your own life that becomes threatened. Such as the notion that marrying for love severely limits a woman’s prospects, as does having children if you’re going to enter a profession. Or your journey has no ultimate meaning until you finally “arrive.” Is that notion true? Think of Bud Fox and insider trading as the golden thread and Gordon Gekko, the greedy corporate raider as the lair of the Minotaur in that move Wall Street or the peak of the ladder of success in that timeless play Death of a Salesman.

In short, Ariadne or any timeless myth can set you off and lead you on a path worth the journey. 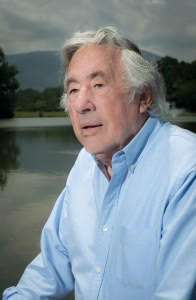 Shelly Frome is a member of Mystery Writers of America, a professor of dramatic arts emeritus at UConn, a former professional actor, and a writer of crime novels and books on theater and film. He also is a features writer for Gannett Publications. His fiction includes Sun Dance for Andy Horn, Lilac Moon, Twilight of the Drifter, Tinseltown Riff, Murder Run, Moon Games and The Secluded Village Murders. Among his works of non-fiction are The Actors Studio: A History and a guide to playwriting and one on screenwriting, Miranda and the D-Day Caper is his latest foray into the world of crime and the amateur sleuth. He lives in Black Mountain, North Carolina.

Shadow of the Gypsy TOUR PARTICIPANTS

May 2 – The Mystery of Writing – AUTHOR INTERVIEW

May 14 – Escape With Dollycas Into A Good Book – AUTHOR INTERVIEW