You are here: Home / Books / The Physicists’ Daughter: A Novel by Mary Anna Evans | Character Guest Post
Thanks for sharing!

Welcome to my stop on the Great Escapes Virtual Book Tour for The Physicists’ Daughter: A Novel by Mary Anna Evans. Stop by each blog on the tour for interviews, guest posts, spotlights, reviews and more!

The Physicists’ Daughter: A Novel 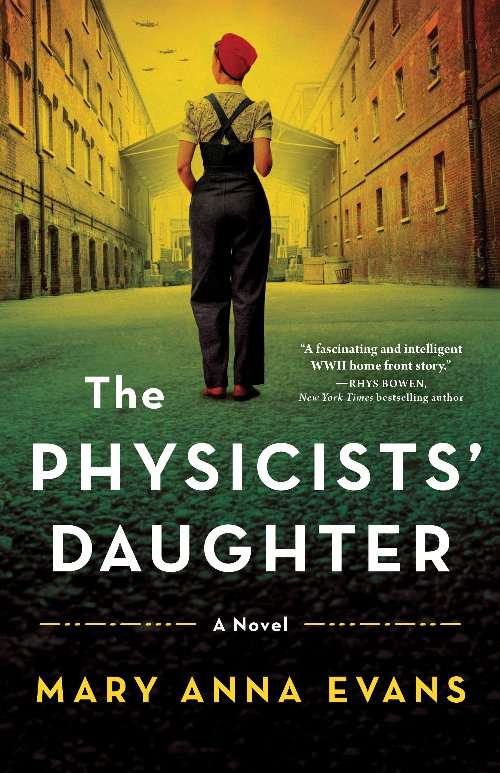 The Nazis are no match for the physicists’ daughter.

Sabotage. That’s the word on factory worker Justine Byrne’s mind as she is repeatedly called to weld machine parts that keep failing with no clear cause. Could someone inside the secretive Carbon Division be deliberately undermining the factory’s war efforts? Raised by her late parents to think logically, she also can’t help wondering just what the oddly shaped carbon gadgets she assembles day after day have to do with the boats the factory builds…

When a crane inexplicably crashes to the factory floor, leaving a woman dead, Justine can no longer ignore her nagging fear that German spies are at work within the building, trying to put the factory and its workers out of commission. Unable to trust anyone—not the charming men vying for her attention, not her unpleasant boss, and not even the women who work beside her—Justine draws on the legacy of her unconventional upbringing to keep her division running and protect her coworkers, her country, and herself from a war that is suddenly very close to home. 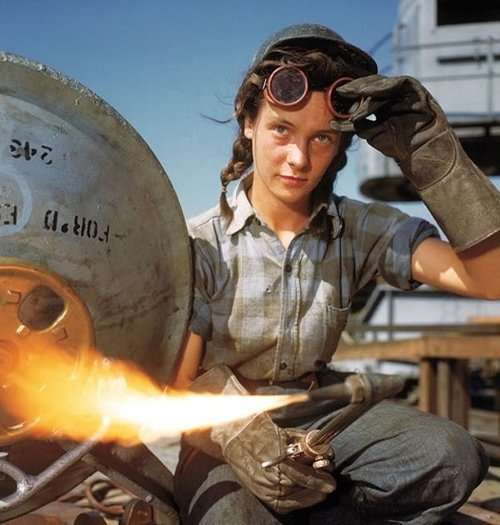 I guess when your parents meet in a physics lab in 1920, your life can feel like it was laid out for you before you even opened your eyes for the first time. Even if you were born a girl, having parents like mine means that your childhood memories are lit by the glow of a white-hot crucible, with the crystal radio set you built with your father making crackling noises in the background. My parents, Isabel and Gerard Byrne, brushed elbows with scientists all over the world, so people like J.J. Thomson, Albert Einstein, and Marie Curie sneaked me cookies and taught me my multiplication tables and called me “Little Justine.”

I always thought I’d be one of them. My parents certainly thought so, until I was eighteen and an automobile accident took them out of my life in a single heartbeat. The Depression had taken every cent of their savings, so there was nothing for me to do when I lost them but leave school and find a job, any job. Months later, the attack on Pearl Harbor changed my world again. Actually, it changed the whole world. After December 7, 1944, the air vibrated with fear. I was already afraid that the day would come when I couldn’t keep a roof over my head on the salary people were willing to pay a woman. Now, I was afraid for people fighting in faraway countries. I was afraid of U-boats and bombs. I was afraid of facing those things alone.

But, oddly enough, wars open doors for people. Strange as it may seem, they open doors for women. Before Pearl Harbor, I was working at a fabric store, cutting silk for rich women and double-checking the math of the not-too-bright manager. After Pearl Harbor, I was working at an industrial plant, assembling airplane parts and angling for a welding job. Money was still tight, but I had enough to pay for my boarding house room and to save for the day when the men came back and I was stuck earning a woman’s salary again. I was still afraid every minute of every day, but I was proud, too. I was proud of doing a hard job and doing it well, and I was proud to be doing my part to bring the soldiers back home.

But now…now, things just aren’t right. After the assault on Normandy, the war ought to be nearly over, but I don’t get the feeling that everything’s going our way. I’ve been moved to a new job at a new manufacturing line tucked behind a wall in the corner of a new plant, and I don’t think we’re building what they say we’re building. We’re sworn to secrecy about the odd little gadgets we’re making out of carbon and steel, and they’re driving us to make them at a frenetic pace. These are not the actions of a government that thinks it’s winning a war, or so it seems to me.

They call us Carbonites, because our work leaves us covered in coal-black carbon dust at the end of every workday. Everybody knows who we are. We can’t hide. This terrifies me, because I think someone is watching us, sabotaging the work that seems so very important to winning the war. I think the Nazis have sent a spy to find out what we’re doing and shut us down. Today, I’ve been asked to weld together a broken part, and it’s the third time this month. I’m hearing gossip that other odd events are gumming up the works. My father taught me to weld, imagining that I
would one day have a laboratory of my own and that I would need to craft my own instruments. Now, I think I may be using my torch to fight back against espionage. Other than my welding torch, I only have one secret weapon in this fight. Nobody expects a twenty-one-year-old woman in 1944 to have the knowledge of physics required to understand the purpose of this secret equipment that we’re building. All I need is a little time to figure it out.

But who’s sabotaging my work? Is it one of my co-workers, perhaps Georgette Broussard, who lives at my boarding house and has suddenly decided that she wants to be my friend? Is it our boss, Sonny? Is it Mavis, a sweet-voiced mother of three small children? Is it Martin, the man who’s romancing me with romantic dreams of travel and escape? Is it Charles, the man who goes out of his way to be with me, but acts like he just wants to be my friend? Is it amiable Jerry, the maintenance supervisor who has all the time and tools he needs to sabotage our equipment? Could it even be Andrew Higgins, the man who owns our factories and invented the equipment we build?

I don’t know who the spy is, but I’ll figure it out.

The Nazis are no match for the physicists’ daughter. 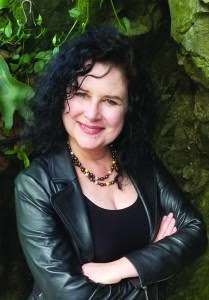 She is an associate professor at the University of Oklahoma, where she teaches fiction and nonfiction writing, including mystery and suspense writing. Her work has appeared in publications including Plots with Guns, The Atlantic, Florida Heat Wave, Dallas Morning News, and The Louisville Review.

Her scholarship on crime fiction, which centers on Agatha Christie’s evolving approach over her long career to the ways women experienced justice in the twentieth century, has appeared in the Bloomsbury Handbook to Agatha Christie (coming September 22, 2022), which she co-edited, and in Clues: A Journal of Detection.

She holds an MFA in creative writing from Rutgers-Camden, and she is a licensed Professional Engineer. She is at work on the second Justine Byrne novel, The Physicists’ Enigma.

June 14 – Escape With Dollycas Into A Good Book – GUEST POST

Thanks for sharing!
« Something Shady at Sunshine Haven (The Accidental Detective) by Kris Bock | Guest Post
Murder Is No Picnic (A Cape Cod Foodie Mystery) by Amy Pershing | Character Guest Post »