In The Pact, you enter the world of Will Lesterall, a boy who’s grown up in the safety of his father’s castle.

Tales of the outside world ruled by warring kings and creatures of nightmare have never seemed a threat, yet on the night celebrating the two hundredth year of the sacred Pact that has kept Fort Lesterall safe, a secret intrigue ripens, and in the course of a few hours Will is confronted with a choice greater than he can comprehend.

Join an unlikely hero as destiny pulls him into the middle of an ancient conflict between fallen gods and ambitious women, one that demands blood, both holy and wicked, and the power of an ancient fire bound in steel. As swords clash below a watching wood, hope and betrayal war as fiercely as fear and valor.

Whether he lives or dies, Will Lesterall will never be the same. 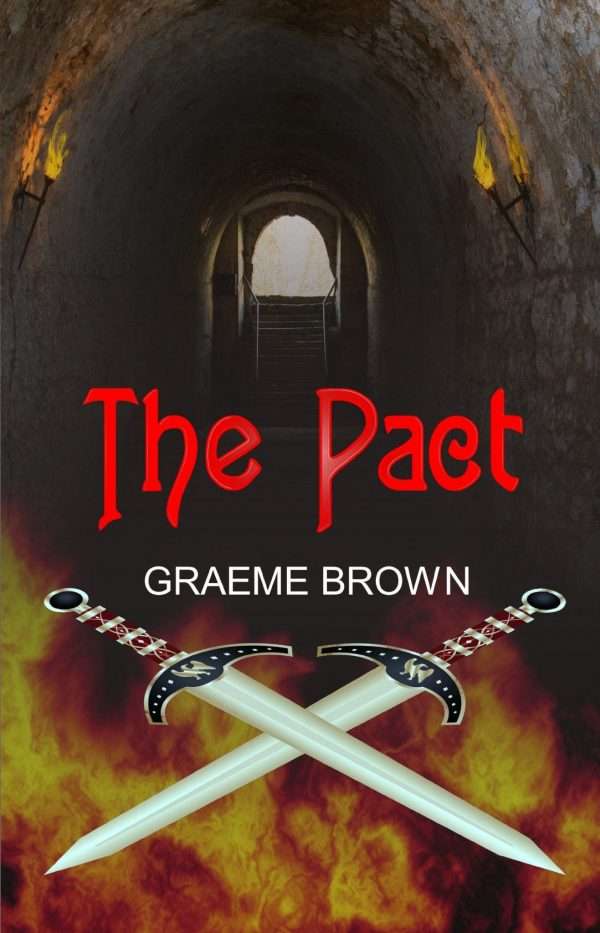 My Review of The Pact

The Pact is a good book for someone who wants to experience a taste of dark, medieval fantasy without having to read a book with hundreds of pages. It is only 46 pages in length and gives an introduction to a much longer story, I am sure. The ending definitely sets it up for having at least one sequel, and I’m looking forward to seeing how the story develops.

The Pact has lots of adventure and interesting characters. Given the fact that the book is so short, the only really well-developed character is Will. I am sure we will learn more of the other characters in following books. Will is just a child, but has lost his mother and now must go through a very awful situation. The Pact his kingdom has had with their enemies is, according to his uncle, going to be broken. Though Will’s father does not believe him, the fact remains that Will’s uncle is correct. The Pact is broken and Will and his brother must find a way to survive.

This is a very good start to a promising series. 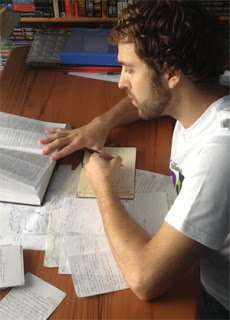 Graeme Brown has been enchanted by the epic fantasy genre since he was a child, and consequently he started creating his own world with its stories at the age of thirteen. Influenced by writers like J.R.R. Tolkien, Robert Jordan, and George R. R. Martin, he has finally brought the first of those stories to life with his debut title, a short story called The Pact—48 pages that will whisk you away to a dark, medieval fantasy world with gritty realism.

When he’s not writing, he can be found exploring number theory problems or writing computer programs, training for a marathon, or unwinding in a yoga hot room. He has also explored other facets of art, both as a hobby and a profession, including vector graphics, pen and ink, classical piano, and web design.
Despite being a full time student and a junior editor for Champagne Books, he makes sure to do a little writing every day. He is presently busy with the first of many sequels to The Pact, A Thousand Roads.
For more about Graeme, visit his website: http://www.graemebrownart.com/
Twitter: https://twitter.com/GraemeBrownWpg
Blog: http://www.fantasywritingjourney.wordpress.com
Thanks for sharing!
« Easy Canvas Prints and Yale University
Midnight Masquerade Book Review »