You are here: Home / Books / Book Reviews / The Chosen Shell by Katherine Sartori Book Review
Thanks for sharing! 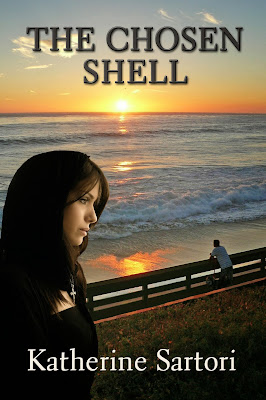 Celie O’Rourke, sensing a calling from God, enters a California convent during the 1960s, a turbulent era of change in the Catholic Church. Four years later, she is teaching Latino children with great success. But the cult-like practices of her monastic Order threaten her fragile self-confidence, as she grapples with sexual feelings she can no longer suppress.

Celie’s charismatic Superior offers her guidance and friendship plus the opportunity to fulfill a lifelong dream. . .but these gifts come with a high price. Confused, she takes refuge at a retreat house where she meets an accomplished New York businessman, Tony DeStephano. Though from different worlds, the bond they feel is electric. . .but forbidden.

A former nun, author Katherine Sartori has created a fictional story, inspired by her own experiences as well as those of the Sisters she met. Her novel seeks to contrast idealism with the realities of convent living.

The Chosen Shell is a beautifully written novel about a young girl in the 1960s who enters a convent after feeling God calling her to the life of a nun. Her life in the church and the influence of several nuns cause her to believe that she has been called to give her life to serving others. Whether God was calling her to be a nun or whether it was the recruiting by the sisters that led Celie to believe she should be a nun is explored in the novel.

I think that while it’s fine for those in religious service to share their passion, there is a fine line between sharing your passion and coercion. And I say this from my own upbringing in the Protestant church rather than the Catholic church. In both cases, the church believes they are doing the right thing by wanting young people to go into service. And though serving others should be our ultimate goal as followers of Christ, how we do it is up to God. When a person is truly called to be a nun, priest, pastor, missionary, etc. they may face some doubts at first, but ultimately the peace they feel from following the calling of God will far outweigh that initial fear and doubt.

As in the case with Celie, her calling to service did not mean she was called to a life in the convent as a nun. Her initial peace gave way to doubt as she became aware of things that were happening in the convent that disturbed her. She was abused and taken advantage of by an older, trusted nun which caused Celie doubt and shame.  She faced restrictions in exploring her own passion to be a writer. These things eventually pointed to the fact that this life was not the life she was called to.

The characters in The Chosen Shell are full of life and are very real in both their strengths and weaknesses.  Celie’s dad was one of my favorite characters because he seemed so true to the times. Men weren’t supposed to be weak nor were they supposed to show too much affection. I think he tried in his own way to show love to Celie and thankfully he was able to open up to her later in the book. I really liked Lupe’s character as well. She definitely did not allow the restrictions of being a nun to change her personality.  Celie goes through so much growth in the book and finds that her true calling to service doesn’t necessarily mean a life of separation from the world.

This is a book worth reading, though it is definitely for adults as there are some very adult situations. I would love to read more about Celie and see where her life leads her in her family relationships and her relationships with her male friends. 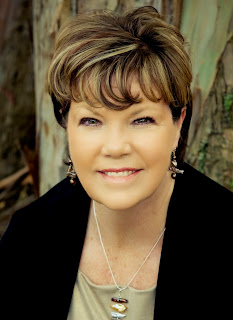 A former nun, author Katherine Sartori has created THE CHOSEN SHELL, a fictional story inspired by her own experiences as well as those of the Sisters she met. Her novel seeks to contrast idealism with the realities of convent living.

Katherine (Kas) re-created her life when she left the convent, teaching children and college students, as well as writing for several corporations. Now she enjoys being a mom and a grandmother in California, and loves traveling the world with her husband Joe. Calling herself a DreamTraveler on her blog where she writes about the adventures of continually reinventing ourselves.

Katherine is now writing another novel, LILY and EVE, which will become available to readers in 2014. It’s about two very opposite, lifelong friends who decide to seek out their Celtic roots on a rollicking trip to Ireland. But changes they didn’t expect, the faerie magic of the Emerald Isle, and the alluring men they meet threaten their friendship—and even their lives.