You are here: Home / Books / Book Reviews / Jack Templar Lord of the Werewolves by Jeff Gunhus | Book Review
Thanks for sharing! 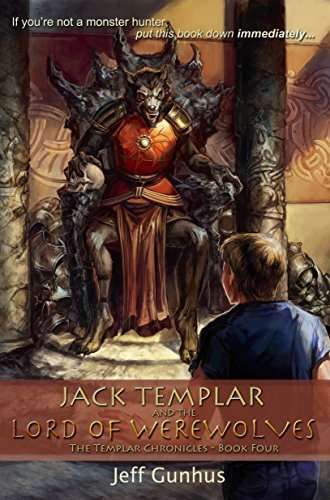 Jack Templar and the Lord of the Werewolves

Fresh from confronting the Lord of the Vampires in the limestone catacombs beneath Paris, Jack Templar faces his toughest challenge yet as he searches for the next Jerusalem Stone, this one being held by the Lord of the Werewolves.

But the narrow escape from the vampire lair came at a great cost and Eva battles to survive the new vampire blood in her veins. The only chance to help Eva is to continue their quest and find the Jerusalem Stones. Reuniting the Stones will not only stop Ren Lucre’s coming war against mankind, but also transform Eva back into her human self.

From the ruins of ancient Delhi to the depths of the Black Forest in Germany, Jack and his friends face monsters, bewildering riddles and treachery from the most unlikely of places. Through it all, they are plagued by the Oracle’s prediction that at least one of their group with not make it through the adventure alive. Worse yet, they know that Kaeden, the Lord of the Werewolves, will do his best to make sure none of them do.

But they are monster hunters of the Black Guard… and they will do their duty, come what may.

My Review of Jack Templar and the Lord of the Werewolves

Jack is back! If you’ve not read the first 3 books in the Jack Templar Monster Hunter series, you need to! They are great adventures not just for middle grade readers but for all readers. I’m going to try really hard to not spoil the first 3 books for you in this review.

The very first thing you need to know is that monsters are real. And by reading these books you might (okay, probably will…okay, definitely will) be finding monsters chasing after you. Because they’ll know you know. The monster hunting world calls these monsters creach. There are different types of creach and the big ones have a Creach Lord. The Creach Lord that Jack and his monster hunter friends face in this book is the Lord of the Werewolves.

Jack and the monster hunters must find all 5 Jerusalem Stones to defeat Ren Lucre, a very powerful Creach, who wants to unleash the creach and defeat humanity in a huge war. The only way Jack can stop him and rescue his father is by finding all of the stones before Ren Lucre can effect his plan.

I love the characters in these books. They are so well written and believable. I know I’ve said this before, but these books and characters remind me of the Harry Potter books. The kids have to defeat evil with good. They have a great teacher in Aquinas. They have a strong bond that has been formed through loss and tough times. And they stick together no matter the circumstances.

I highly recommend Jack Templar books to everyone who loves a good monster adventure! 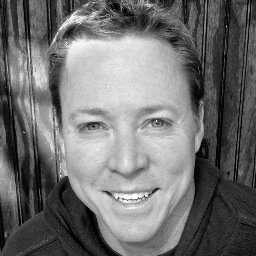 Jeff Gunhus is the author of several Amazon bestselling books. Jeff wrote the first book of the Jack Templar series in an effort to get his reluctant reader eleven-year old son excited about reading. It worked and a new series was born. His book Reaching Your Reluctant Reader has helped hundreds of parents create avid readers. Killer Within is his second novel for adults.

Thanks for sharing!
« Book Review: Twist of Fate by Rachael Anderson
Book Review Sweet T and the North Wind »