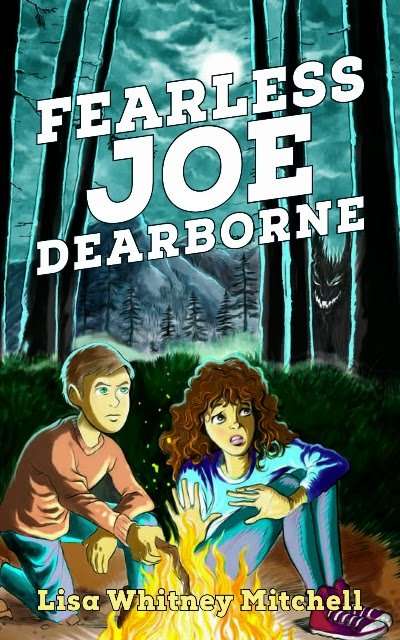 Some might say he’s courageous, while others would say he’s daring, maybe even a little crazy. But when Joe Dearborne risked his life and ran into a burning building to save a puppy, the local newspaper referred to him as “fearless”—and that’s a pretty big title for a sixth-grader to live up to.

Plus, Joe already has plenty else to worry about. After other daring feats in the past, Joe promised his father he wouldn’t do anything dangerous again, and, alas, he’s just broken that promise.

But whatever trouble he expects to get into with his father, and despite the dangers he’s triumphed over in the past, nothing could prepare Joe for what he’s about to encounter when a cold, bitterness creeps into his home.
A mysterious and peculiar woman named Mrs. Chill has just been hired to care for Joe while his father is away on business. In no time, however, Joe discovers that she’s up to more than cooking and cleaning, and she has plans to destroy his family. Joe’s effort to save them results in perilous, sometimes humorous, encounters, and leads him on a journey through the threatening wilderness where he faces his greatest challenge yet.

My Review of Fearless Joe Dearborne

I loved this book and read it very quickly! It is such a great story that your middle graders will love!

Joe may be fearless, but is he brave? He’s always doing things that seem brave, but he’s really just not afraid of stuff. He rescues kittens stuck way up high in trees and goes into burning houses to rescue dogs. Joe wants to find out if he is really brave and not just fearless. So he picks up a poisonous snake! And you can guess what happens next!

There is so much to love about this book. The characters are great. I love Aunt P and the gift she gives Joe for his birthday. Mrs. Chill is a great villain! Green Beans is a funny extra character. Meg and her mom are great additions to the story. And Joe’s journey as a character is really wonderful. He learns a lot about the difference between being fearless and being brave!

The storyline, setting, characters and pacing make this a great book for your kids to read alone or with you. I know I enjoyed it, so I recommend reading it with your child. I highly recommend it!

Thanks for sharing!
« The Match Maker by Karey White Book Review
Adventure Books for your Middle Grade Reader »