You are here: Home / Books / Book Reviews / The Search for the Stone of Excalibur Researching King Arthur
Thanks for sharing! 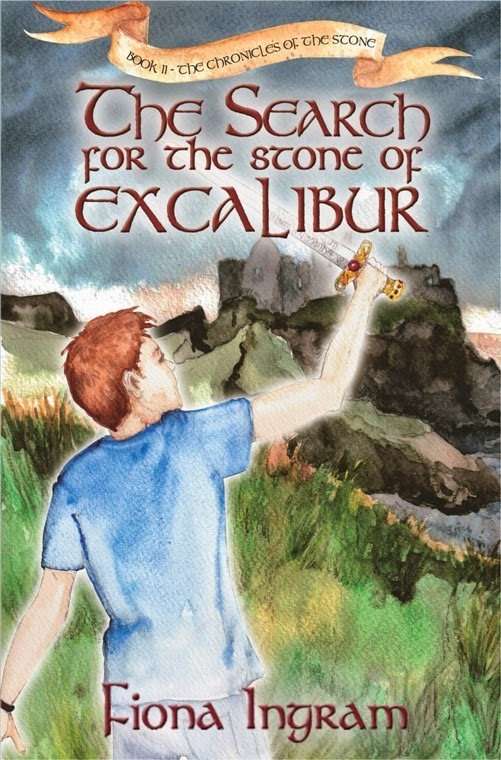 The Search for the Stone of Excalibur (The Chronicles of the Stone, Book 2)

A modern day adventure as our protagonists search for Excalibur and the treasures it holds! Continuing the adventure that began in Egypt a few months prior in The Secret of the Sacred Scarab, cousins Adam and Justin Sinclair are hot on the trail of the second Stone of Power, one of seven ancient stones lost centuries ago. This stone might be embedded in the hilt of a newly discovered sword that archaeologists believe belonged to King Arthur: Excalibur.

However, their long-standing enemy, Dr. Khalid, is following them as they travel to Scotland to investigate an old castle. Little do they know there is another deadly force, the Eaters of Poison, who have their own mission to complete. Time is running out as the confluence of the planets draws closer.

As their adventure unfolds, they learn many things and face dangers that make even their perils in Egypt look tame. And how annoying for them that their tag-along companion, Kim, seems to have such good ideas when they are stumped.

I absolutely love this book! I did not read the first, but that did not me from enjoying this story at all. I do have the first book now and will be going back to read it. This is a story that I believe everyone will enjoy. It’s not just a children’s story. It is fascinating enough to be read by everyone who loves adventure stories.
The story of King Arthur is one that I have come to love through the BBC television series, Merlin. And  I love Fiona’s story about her research which you can read below. In The Search for the Stone of Excalibur, Justin and Adam must travel to Scotland and stay in a castle to search for a scroll that will supposedly help them find all of the stones of power.
The plot is exciting and fast paced in this story. The characters are wonderfully written and each one adds to the enjoyment of the story. The setting is perfect. Who wouldn’t want to stay in a castle in Scotland? I recommend this story and give it 5 huge stars! I can’t wait to see where Justin and Adam head next!

The Secret of the Sacred Scarab 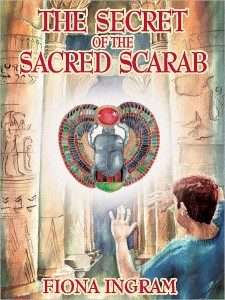 The first book in the series, The Secret of the Sacred Scarab has enjoyed the following book contest wins and nominations:

I asked the author to share with us a little bit about her research process on Arthur. I absolutely love the story of King Arthur. Here is her answer.
What a treat for me to include the story of King Arthur in Book 2 of The Chronicles of the Stone, The Search for the Stone of Excalibur. King Arthur is, without doubt, the greatest legendary figure in the western world. A mighty king, brave in battle, with a seemingly magical sword: Excalibur. Even death cannot touch him since legend says he is not dead, but sleeping in a cave on the isle of Avalon, waiting to be awakened in time of his country’s direst need.  It’s the very stuff of heroism and adventure. However, research was not as easy as I thought it would be. Countless poems, books, screenplays, and material have been written about him, speculating on his birth, his exploits, his legacy, and what he has come to represent to the world. But what are the true facts about the life and death of Arthur, King of the Britons?
After 400 years of Roman rule, the Romans withdrew from Britain in AD 410. This heralded the beginning of the Dark Ages, a period of chaos and warfare that lasted from AD 500 to approximately AD 1000. It is appropriately called the Dark Ages, not only because it was a time when civilization collapsed, but very few records survived. That’s why so little is known about when Arthur is said to have lived and why there is such debate concerning his historical existence. History is an ever-changing subject where what is thought to be fact today can be considered fiction tomorrow! A modern interpretation of an historical event is surely based on fact, one would assume. Medieval historians did not think that way at all. They would ‘adjust’ historical facts for one reason or other so modern historians can’t rely completely on them. They would sometimes report something told as a factual account, even if it did not actually happen. Or else they would place a story in a context familiar to the listeners/readers, thus causing much confusion. Names of places, people, and rivers would also change according to an era or the writer’s interpretation of events.
Despite the abundance of material written on Arthur, much of it, especially from the 12thCentury onwards, is embellishment of existing legends to suit the trend at the time for romantic stories and songs, and the resurgence of popularity of Celtic mythology. To glean any real facts about Arthur, one has to delve further back into more prosaic (and possibly more accurate) references, such as writings by various monks (who did stick more or less to the facts), collections of old stories, battle poems and sagas, calendar calculations, records of historical events, and battle descriptions. Luckily, I was able to find books with detailed analyses of these relatively accurate accounts. Yet, each expert had their own opinions as to what was correct. I had to make my own decisions based on the material available. Researching Arthur was quite a monumental task, given the experts’ varying opinions, but it was one of the most gratifying projects I have ever undertaken. I hope you enjoy the book! 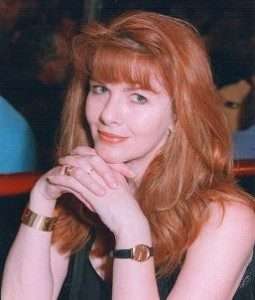 Fiona Ingram (B.A., Hons. (Natal), M.A., (Wits)) was born and educated in South Africa, and has worked as a full-time journalist and editor. Her interest in ancient history, mystery, and legends, and her enjoyment of travel has resulted in The Secret of the Sacred Scarab, the first in her exciting children’s adventure series—Chronicles of the Stone. The second book is entitled The Search for the Stone of Excalibur, a treat for young King Arthur fans. She is busy with Book 3 entitled The Temple of the Crystal Timekeeper.