You are here: Home / Books / Book Reviews / ​HUNTER​ : Part Two of Guy Erma and The Son of Empire 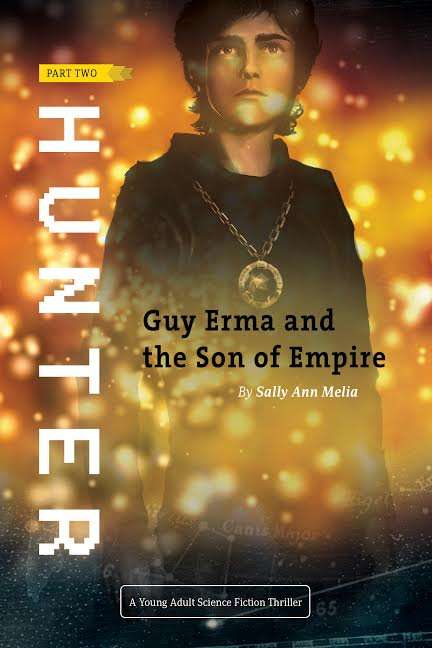 Purchase
Amazon
13-year-old Teodor was taken by the vicious Battle Borgs of Dome and now he must fight to survive. 13-year-old Guy Erma has been offered a chance to fight for his place in the Dome Elite. Only who will be his opponent? Will he face a Battle Borg of Dome? Once they were heroes. These men died as heroes in battle. Now they have been reincarnated as the fearsome vanguard of the Dome Elite. They are the Battle Borgs of Dome Two boys as different as any two boys might be. They face the same enemy, the same danger, the same fear -dare they trust each other?
My Review

Part 2 of Guy Erma and the Son of Empire has even more action and excitement than part 1 did. Prince Teodor is still missing and his mother is getting desperate. She doesn’t know who to trust to help her get her son back. She finds an ally in Karl Valvanchi who is the brother to an ambassador from another region. He helps her gain access to the black areas…the places where the cameras do not reach. He reassures her that he will get the prince back and find those responsible.
While Part 1 of this story was good, this one is even better. Perhaps it is because I already knew the characters and the story that made this an easier one to understand.  It is definitely a good book for readers who enjoy sci/fi fantasy. The plot is well thought out and this makes it flow well. The suspense of wondering if Teodor will be rescued and the questions about Guy Erma’s parentage also make this book exciting to read. I recommend Guy Erma and the Son of the Empire to readers 10+. Just be sure to start with Part 1!
About Author Sally Ann Melia
The author was born in Wallasey, England, in 1964, and moved to the South of France when she was eleven. She spent her teenage years living in the cosmopolitan city state of Monaco and became immersed in its many languages and cultures. An English girl in a French school, for three hours each week she would sit at the back of the class as her colleagues learnt English. To pass the time, she wrote stories. This led to a lifetime of writing novels, scripts, stories and articles. In her working life, Sally writes marketing communications and manages large international websites. In 2010, Sally joined the Hogs Back Writers, a club located on the outskirts of Guildford, and she set about turning an old manuscript into this novel: Guy Erma and the Son of Empire. Sally currently lives in Farnham, and she is married with two children.

Thanks for sharing!
« 10 Super Hero Foods to Give Your Kids
Finding the Rainbow Chilton Crosse Book 2 Review »