You are here: Home / Books / Book Reviews / My Fair Gentleman by Nancy Campbell Allen Book Review
Thanks for sharing! 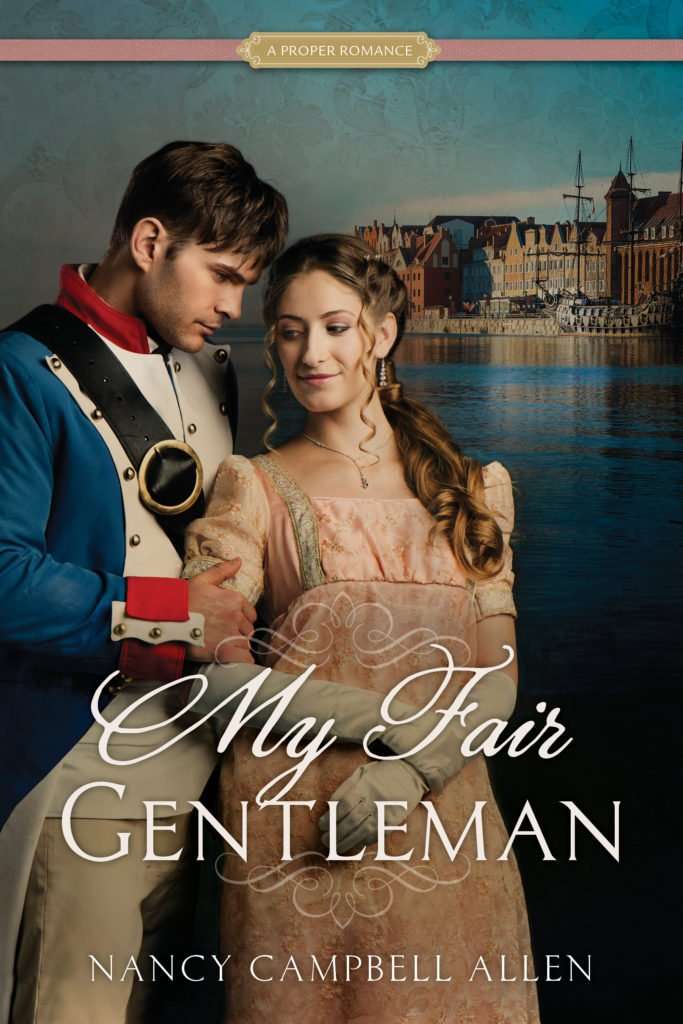 A regency twist on My Fair Lady!

Jack Eliot dreams of being the captain of his own ship. But then his grandfather, the Earl of Stansworth, names Jack as his heir — with a caveat. Jack must impress the aristocracy, or else his mother and sister will remain in poverty. Can a rough-and-tumble captain be transformed into a gentleman of society?

Ivy Carlisle is willing to try. Employed as his tutor, she begins teaching Jack the ways of high society, but she quickly discovers that this dashing sailor is brash and bold, opinionated and passionate. If she’s not careful, Jack might end up teaching her a thing or two about romance.

Sparks fly when the sailor meets society, and Jack soon learns that his challenge isn’t surviving the ton, but surviving the conspiracies against him — as well as keeping himself from falling madly in love with his new tutor.

I absolutely love My Fair Gentleman. It is set in one of my favorite time periods from which to read: Regency England. If you’ve ever seen My Fair Lady, you know that it is up to Professor Higgins to make a lady out of Eliza Doolittle. Well, here, Ivy Carlisle must make a gentleman out of Jack Eliot.

Jack hates his grandfather, the earl, for good reason. He disowned his son for marrying a commoner. When Jack’s father died, he left a young Jack and his mother and sister in poverty. His grandfather refused to help. Now that the old earl is dying, he wants Jack to come take the earldom after he dies. Of course, Jack doesn’t want to, but using his mother and sister as leverage he is coerced into doing so.

Enter Ivy. She has her work cut out for her with Jack who’s been at sea for years and is as salty as a sea dog. Yet Ivy is determined to make Jack into a gentleman. Will she succeed? You’ll need to read to find out!

The characters in My Fair Gentleman are extremely well developed. Their personalities just jump off of the page. The story is exciting, funny and charming. You will fall in love with this book! I highly recommend it to all of you “Proper Romance” lovers!

Thanks for sharing!
« Enjoy Time on the Water with Family
The Cheese Pirates: Cheddar Island Book Review »