You are here: Home / Entertainment / Marvel’s Doctor Strange now on BluRay
Thanks for sharing!

Straight from San Diego Comic-Con 2016 comes this brand new Doctor Strange poster and trailer! The cast made their appearance this year, and oh how I wish I had been there! I’ve been a Benedict Cumberbatch girl from the first moment Sherlock hit PBS! Now he is starring in this movie, and he  looks great! 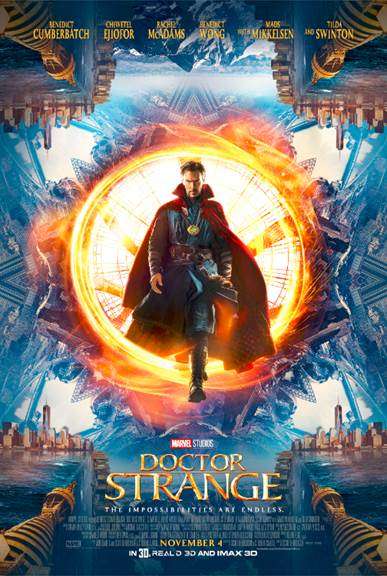 Marvel’s “Doctor Strange” follows the story of the talented neurosurgeon Doctor Stephen Strange who, after a tragic car accident, must put ego aside and learn the secrets of a hidden world of mysticism and alternate dimensions. Based in New York City’s Greenwich Village, Doctor Strange must act as an intermediary between the real world and what lies beyond, utilising a vast array of metaphysical abilities and artifacts to protect the Marvel Cinematic Universe.

Thanks for sharing!
« 4 Foods to Eat and 5 to Avoid if You Have Hypothyroidism
The Time Key Book Review | Amazing Time Travel Book »