You are here: Home / Entertainment / New Christmas Album The Thrill of Hope by Christy Nockels
Thanks for sharing! 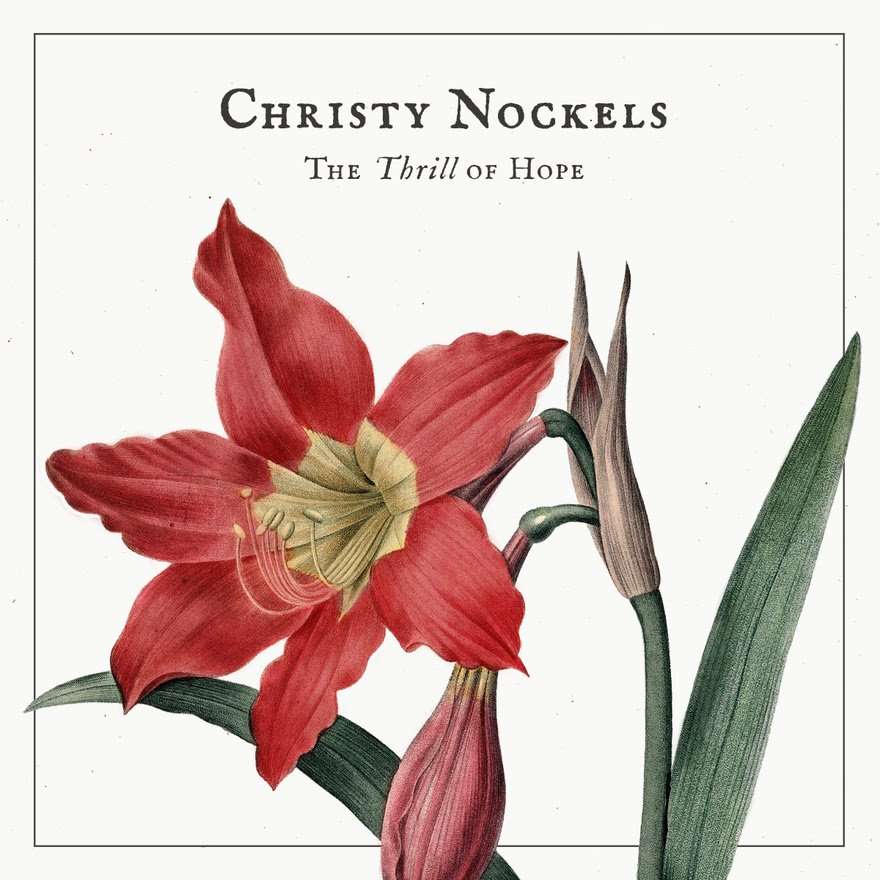 The Thrill of Hope

The Thrill Of Hope introduces Nockels’ take on holiday classics mixed with original songs, including “Song In The Air,” “Wrap This One Up,” Amaryllis” and “Our Christmas Song,” penned originally. The album is steeped in scriptural references from Isaiah, Genesis, Micah and more, along with family memories as Nockels invited other family members to take part in the project as well. Nockels worked with husband Nathan Nockels (Passion, Matt Redman, Laura Story) to create the LP.

I love Christmas music, and this new Christy Nockels Christmas album is a wonderful addition to my Christmas listening. She’s got such a beautiful voice and she brings beauty to old favorites and creates something special with her new songs.

I really love how soothing her music is. I am sure you’ll want to add this one to your Christmas listening this season!

The Thrill Of Hope is available for purchase, HERE.

I recently received a press release detailing the success that the album is experiencing!

Nashville, Tenn. (Dec. 15, 2016) – Upon a successful debut, Christy Nockels‘ first-ever Christmas record The Thrill Of Hope is receiving widespread praise from critics, citing the album as “the most original and inspired holiday album” and “a beautiful yuletide reminder.” Along with features on WSMV’s Today In Nashville, The Tennessean, American Family Radio, Moody Radio and more, Nockels made a guest appearance during LifeWay’s annual Christmas Chapel services on Dec. 13 and 14. Surprising the entire LifeWay Christian staff, Nockels performed songs from her latest holiday release.

Christy Nockels is a worship leader/singer-songwriter who lives Nashville, Tenn. with her producer husband Nathan Nockels (Passion, Matt Redman, Laura Story), and their three children. Christy and Nathan toured nationwide for several years as the duo Watermark, recording four acclaimed albums together. In 2009, Christy released her first ever solo album, Life Light Up followed by a 2012 sophomore release Into The Glorious and a critically acclaimed live worship album Let It Be Jesus in 2015. With GMA Dove Awards to her name, Nockels’ first Christmas project of her career, The Thrill Of Hope, is available now.

Thanks for sharing!
« Tips for Making the Crib to Bed Transition Easier
A Family Under the Christmas Tree Book Review »