You are here: Home / Entertainment / Movies / The Zookeeper’s Wife Starring Jessica Chastain
Thanks for sharing!

Two-time Academy Award nominee Jessica Chastain stars in The Zookeeper’s Wife in the title role of Antonina Żabińska, a real-life working wife and mother who became a hero to hundreds during WWII. Niki Caro directs the movie from a screenplay by Angela Workman, adapted from Diane Ackerman’s nonfiction book of the same name which was based on Antonina’s diaries. 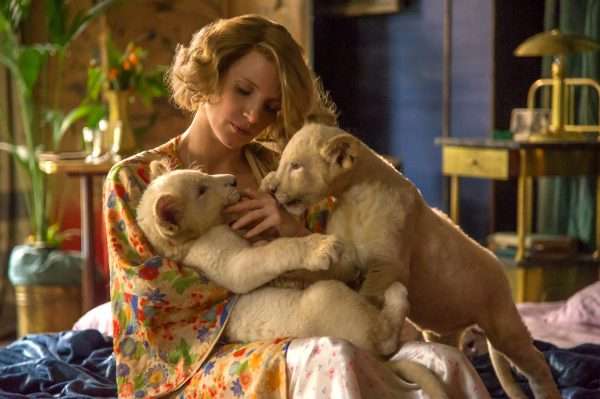 The time is 1939. The place is Poland, homeland of Antonina and her husband, Dr. Jan Żabiński. Devoted to each other, the couple thrive as personal and professional partners; the Warsaw Zoo flourishes under Jan’s stewardship and Antonina’s care. With reserves of energy, Antonina rises every day to tend to both her family and their menagerie, as the gates to the majestic zoo open in welcome…

…until the entrance is slammed shut and the zoo is crippled in an attack as the entire country is invaded by the Germans. Stunned, the couple is forced to report to the Reich’s newly appointed chief zoologist, Lutz Heck. Heck envisions a new, selective breeding program for the zoo.

Antonina and Jan fight back on their own terms, and covertly begin working with the Resistance – realizing that their zoo’s abandoned animal cages and underground tunnels, originally designed to safeguard animal life, can now secretly safeguard human life. As the couple puts into action plans to save lives out of what has become the Warsaw Ghetto, Antonina places herself and even her children at great risk. 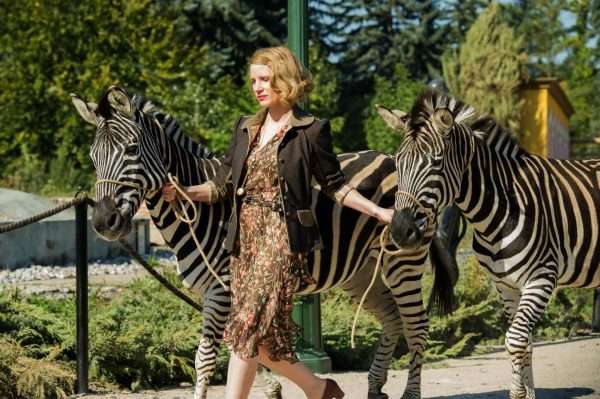 Antonina Żabińska was a working wife and mother. She, along with her husband, became a hero by saving hundreds of Jews during World War II. They provided a safe haven for them in her zoo. Therefore, it is important to share her story to highlight the strength and bravery of women in history who stood up to injustice.

How Will You #BeBoldForChange like Antonina and so many others who have paved the way for women in history?

Watch the official trailer for The Zookeeper’s Wife

The Zookeeper’s Wife on social media

Thanks for sharing!
« How Does the Color of a Room Affect Your Mood
Pancakes from around the World »