You are here: Home / Books / Lies Jane Austen Told Me Book Tour
Thanks for sharing!

Welcome to the Blog Tour for Lies Jane Austen Told Me 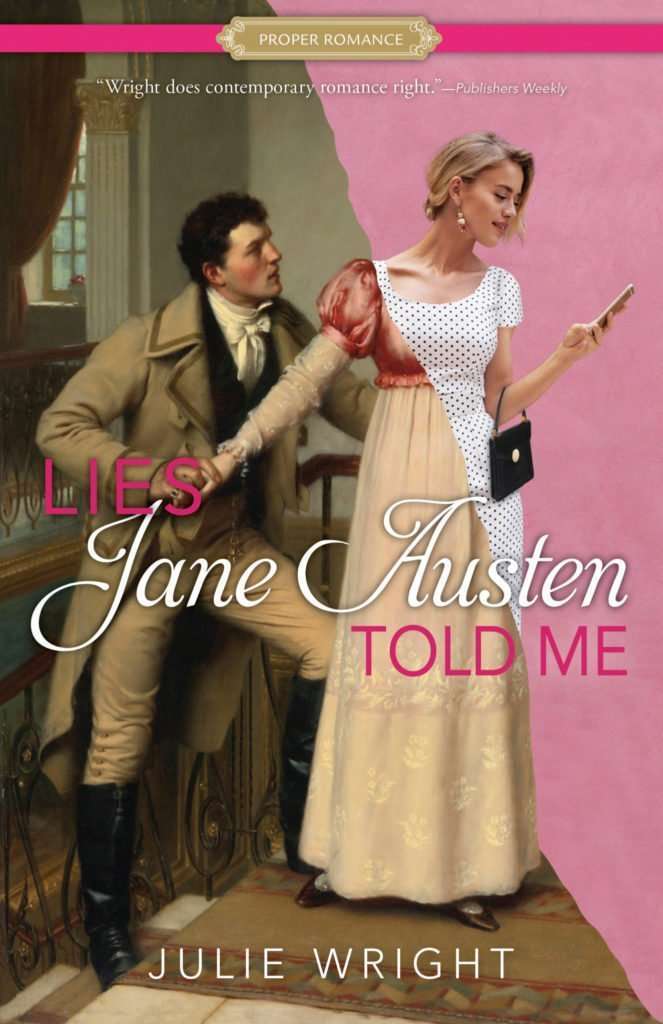 Ever since Emma Pierce read Pride and Prejudice, she’s been in love with Mr. Darcy and has regarded Jane Austen as the expert on all things romantic. So when it turns out that what her boyfriend Blake wants is more of a hook-up than a honeymoon, Emma is hurt, betrayed, and furious. She throws herself deeper into her work as CMO of Kinetics, only to find her job threatened when her boss brings in a consultant to help her expand the business to the East Coast. Her frustration turns to shock when that consultant turns out to be Blake’s younger brother, Lucas.

Emma is determined not to fall for Lucas, but as she gets to know him, she realizes that Lucas is nothing like his brother. He is kind and attentive and spends his time and money caring for the less fortunate. But as perfect as Lucas seems, he clearly has his secrets. After all, there’s an angry woman demanding money from him and a little girl who Lucas feels responsible for.

Realizing that her love life is as complicated as anything Jane Austen could have dreamed up, Emma must figure out the truth—and soon—if she wants any hope of writing her own “happily ever after” ending.

Lies Jane Austen Told Me is a very cute, well-written book that you clean romance lovers are going to devour. Emma is such a fun character. She’s had a tough life, but she’s made a life for herself and is doing well…just not so much in the romance department. Somehow her work friends convince her that Blake, her current boyfriend, is going to propose to her, so she’s got to get to his place ASAP even though she’s told him she’s not coming. Well, when she shows up…you’ll find out.

I adore this story and its characters! I read it really quickly because I just couldn’t put it down. The storyline is typical girl falls for the wrong guy, then the right guy comes along but it’s his brother….okay maybe not so typical, but cute! It’s got great dialog, great scenes, great characters, a great ending…what more could you want. I definitely recommend you add this one to your lists!

Thanks for sharing!
« The World’s Greatest Adventure Machine by Frank Cole Book Review
Beauty Bridge Has Gifts for All this Holiday Season »