You are here: Home / Entertainment / Enjoy this Finding Nemo Popcorn Snack for #PixarFest #Incredibles2Event
Thanks for sharing!

Welcome to week five of our Pixar Fest posts! I know we all want to get to Pixar Fest while it is happening at Disneyland. Since we can’t be there the entire time, we’re finding ways to celebrate at home too! This week we’re watching Finding Nemo while enjoying a yummy FINDING NEMO popcorn snack inspired by the movie. 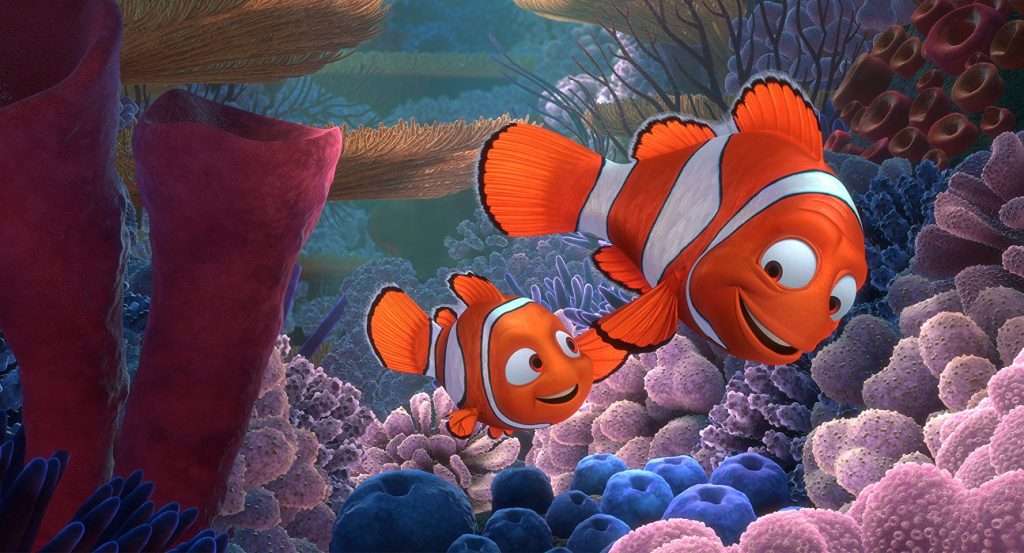 FINDING NEMO is another unforgettable Pixar classic. I can’t even tell you how many times I have watched this movie over the years. Every time we go to an aquarium and see a clownfish or a blue tang, it’s Nemo or Dory! FINDING NEMO has so many great quotable lines and memorable scenes. Of course, most of those scenes and quotes are from the lovable Dory who has short-term memory loss. 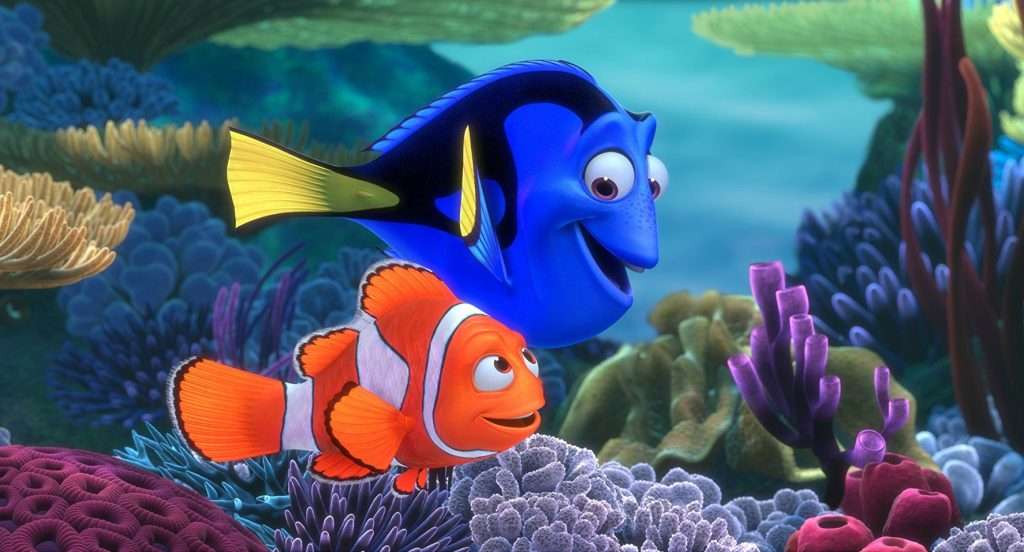 There certainly is a lot to love about this movie and a lot of wisdom too. We can always count on our friends. We’ve got to keep going even when we feel defeated. And be brave!

Watch FINDING NEMO again this week! It’ll raise your spirits and having a Nemo inspired popcorn snack can’t hurt either. Check out this one!

This easy FINDING NEMO snack is made using only popcorn, goldfish crackers, and orange and blue M&Ms. Easy, right? 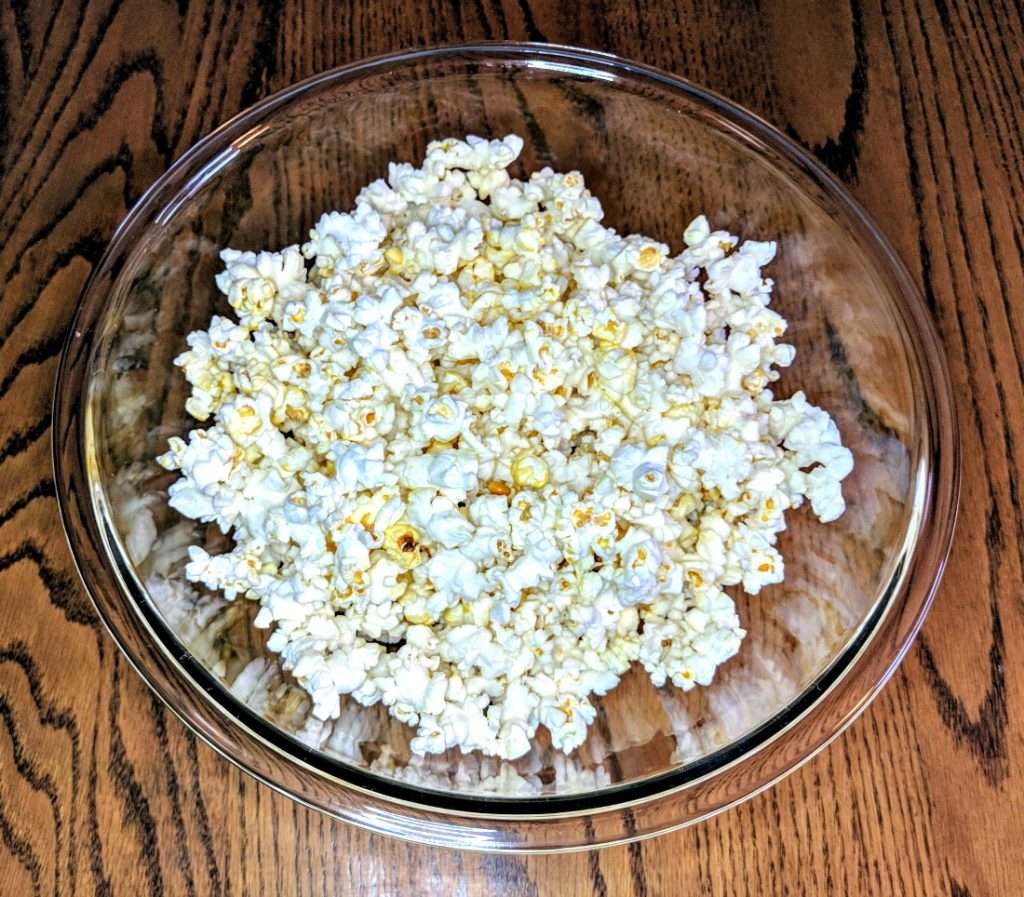 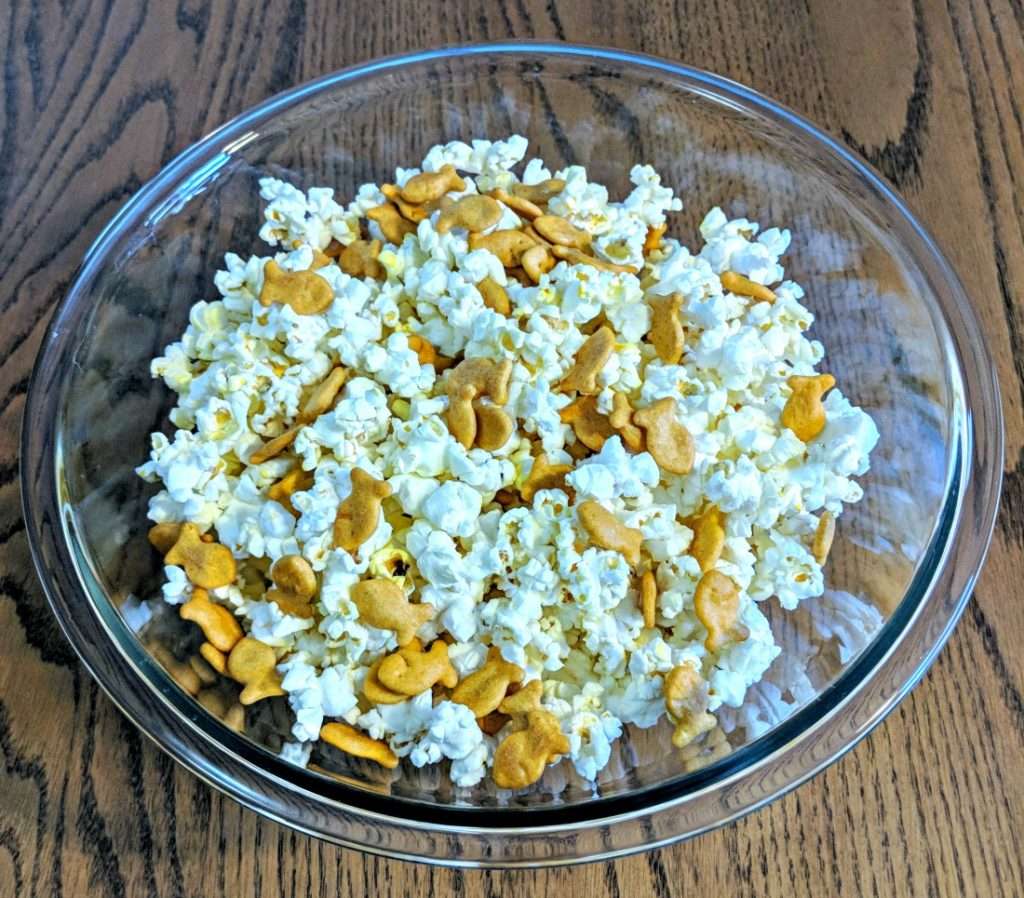 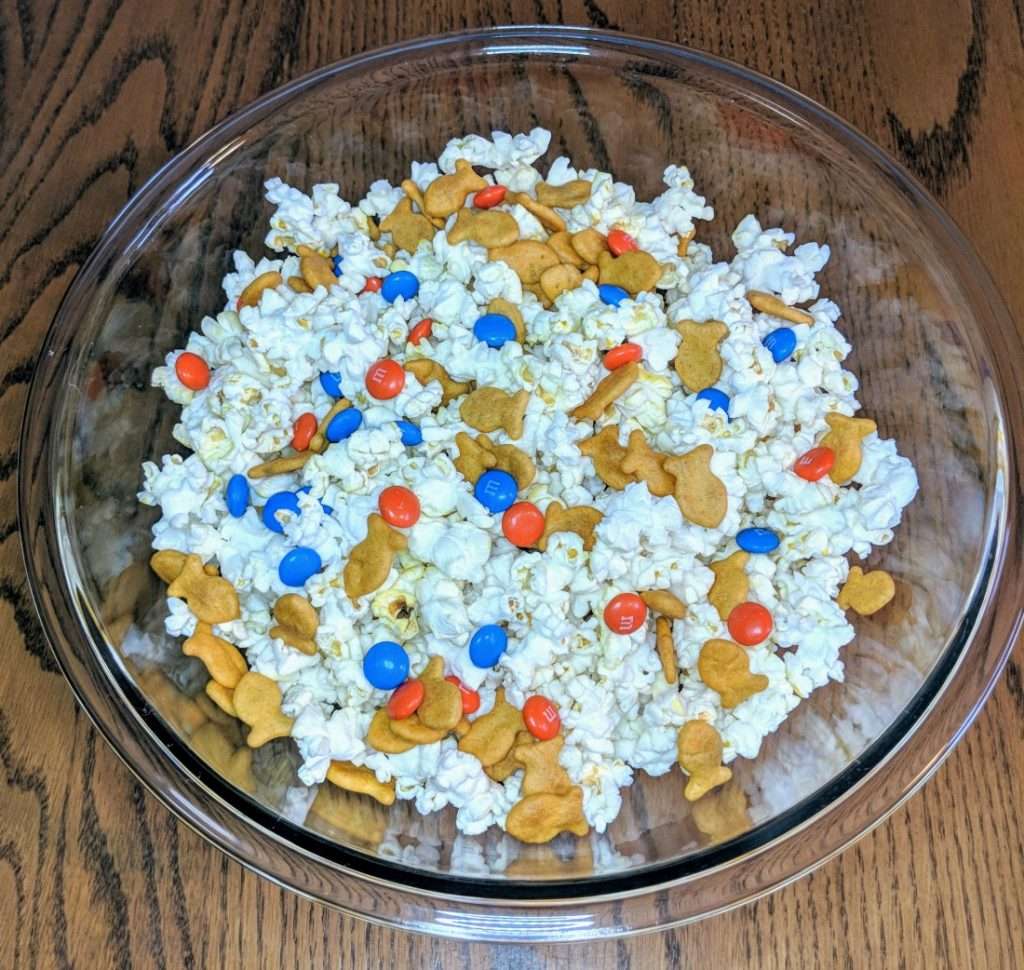 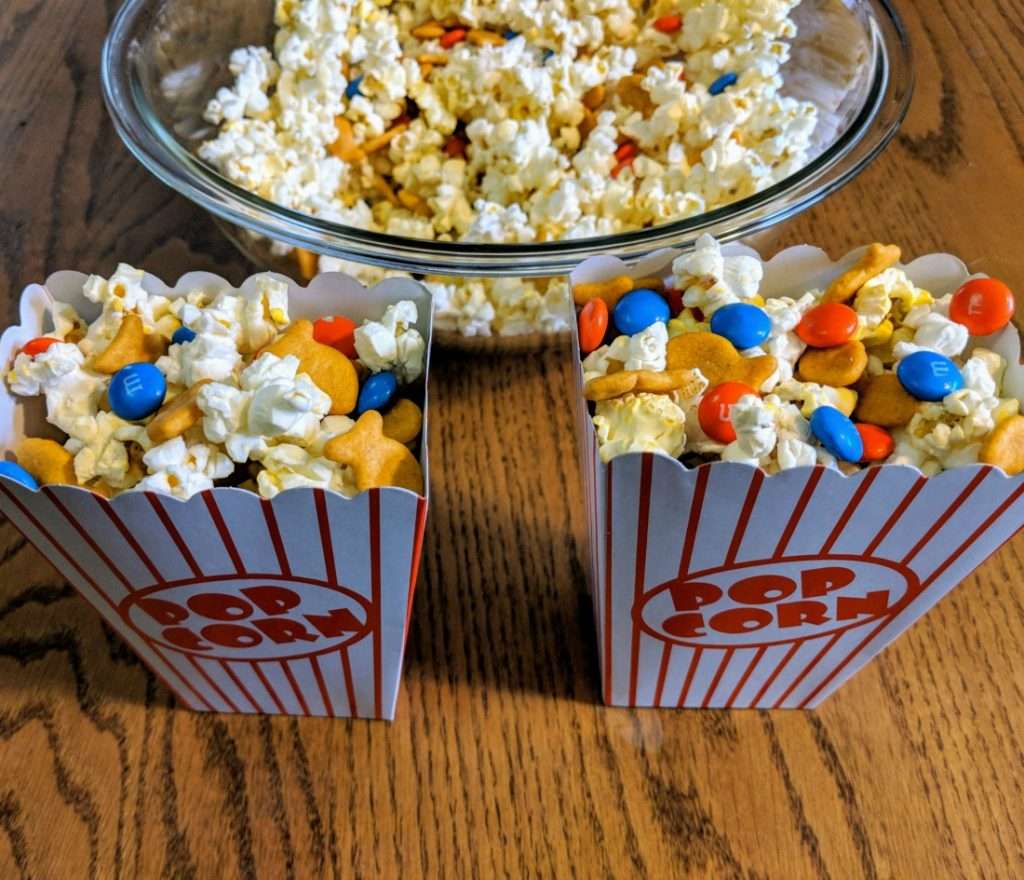 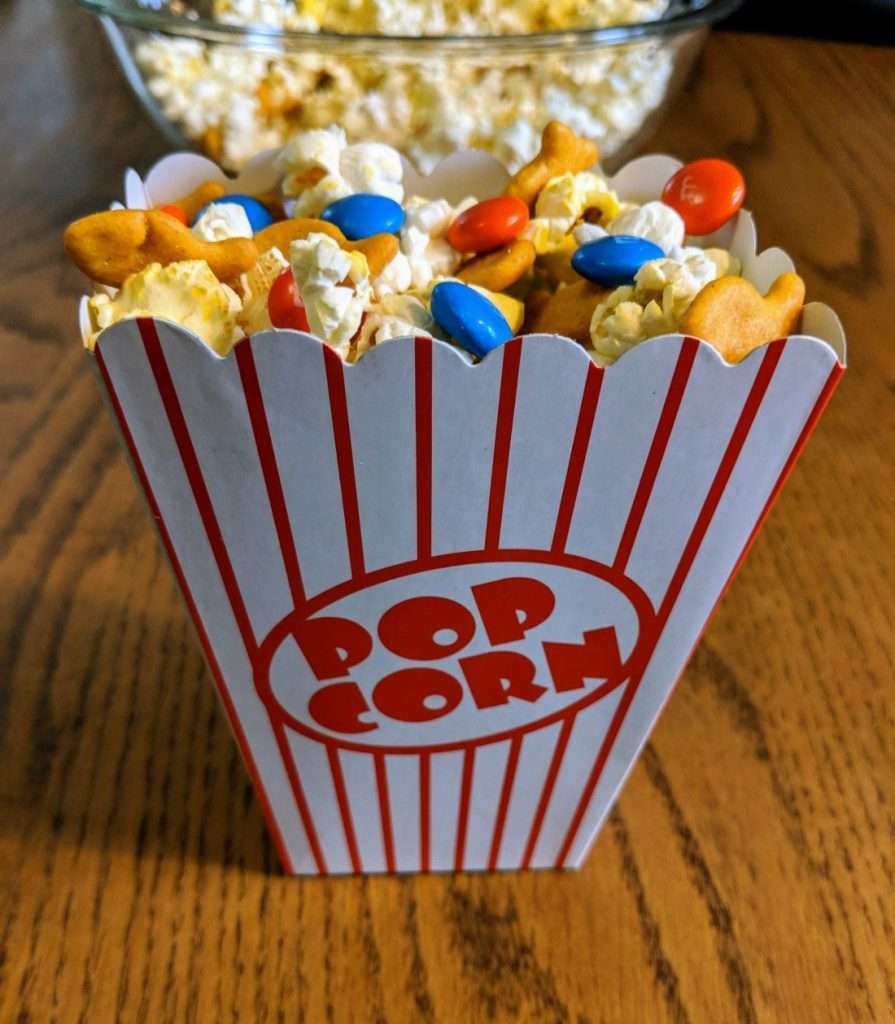 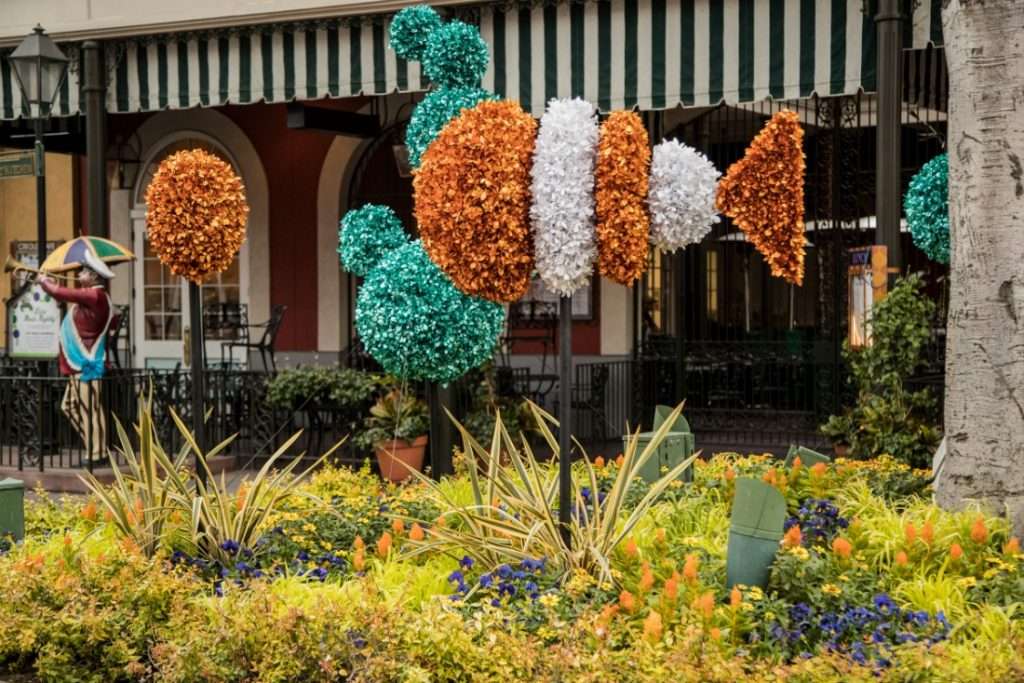 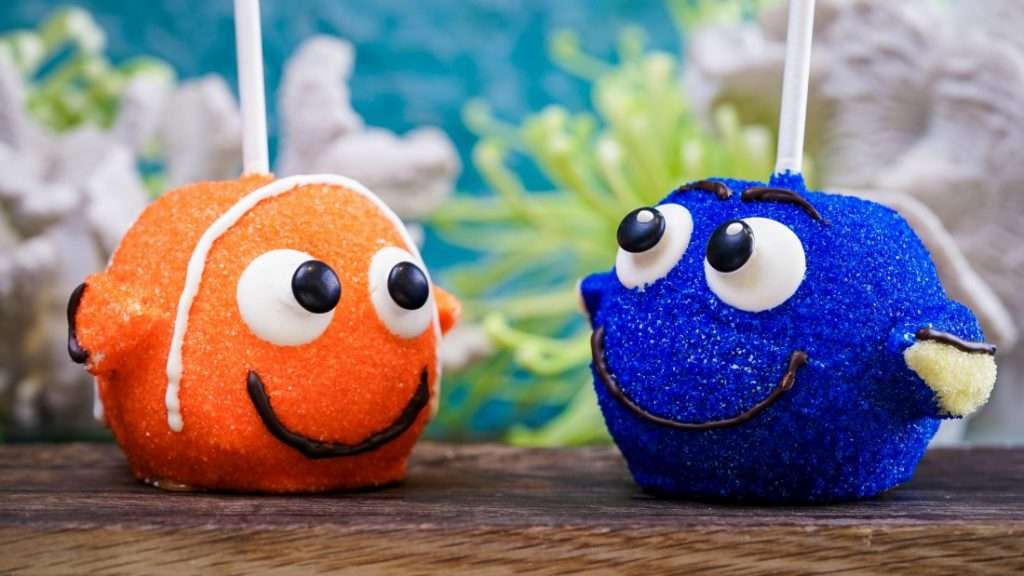 These FINDING NEMO Nemo and Dory Apples are being served at locations around Disneyland Resort including: Pooh Corner in Disneyland Park and Marceline’s Confectionary in Downtown Disney. Be sure to check out all the amazing Pixar Fest food. 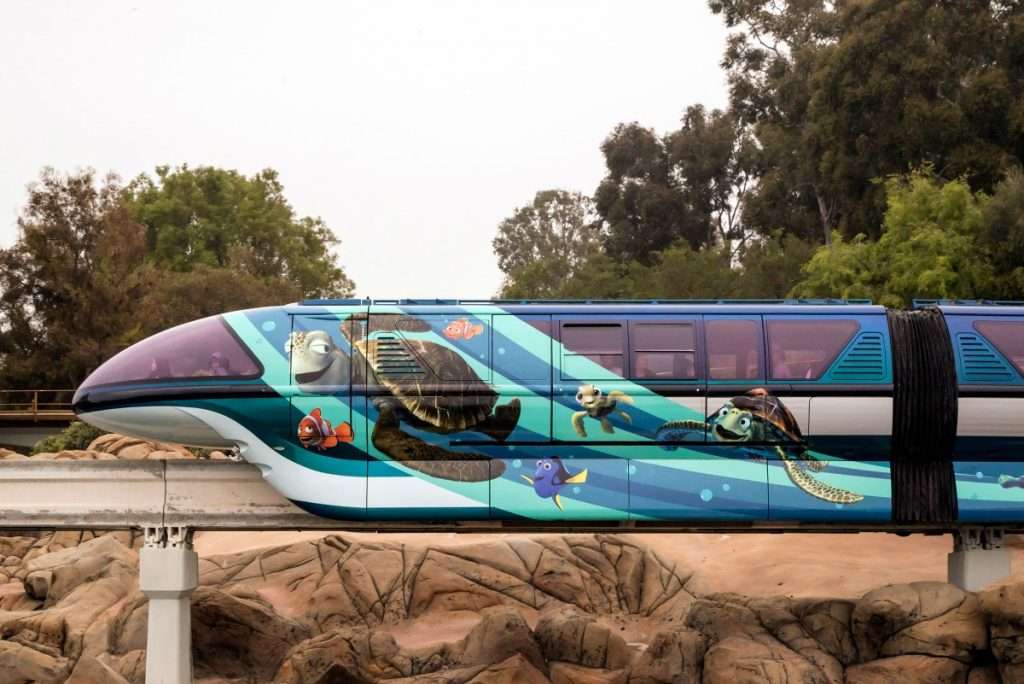 PIXAR FEST AT THE DISNEYLAND RESORT (ANAHEIM, Calif.) – The Disneyland Monorail is zipping through the resort with a new Pixar-themed look to celebrate Pixar Fest! The blue train, inspired by Disney•Pixar’s “Finding Nemo,” features Crush and Squirt surfing alongside pals Nemo and Dory.  (Joshua Sudock/Disneyland Resort)

Dwan from Life, Family, Joy has an inspirational “Just Keep Swimming” printable for you, and don’t miss this week’s Crush Disney Bounding outfits from They Call Me T. 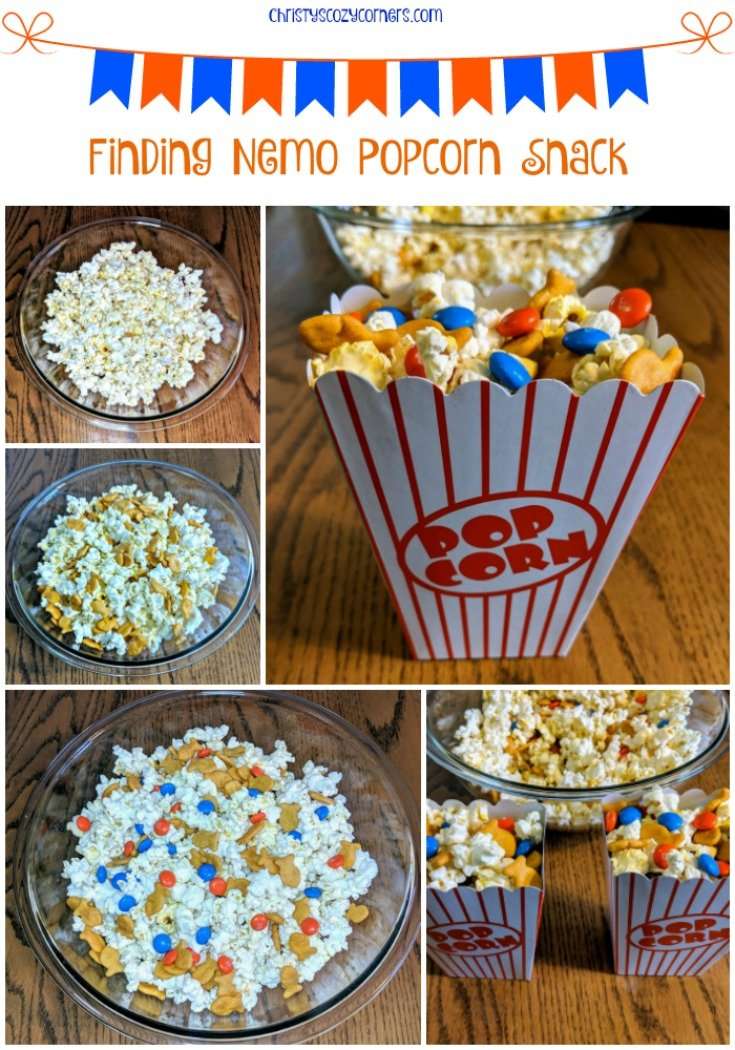 Get your tickets NOW for INCREDIBLES 2. You’re going to love it!

Thanks for sharing!
« Dating the Prince by Alina Snow
How to Trick the Tooth Fairy »