You are here: Home / Travel / 5 Things to Do in Parkersburg, West Virginia #VisitPKB
Thanks for sharing!

Disclosure: I was hosted by the Parkersburg Visitors’ Bureau for two days. All opinions are mine.

5 Things to Do in Parkersburg, West Virginia

Do you live within a few hours of Parkersburg, WV? Want to take a quick weekend trip? Love visiting historical places? Visit Parkersburg, West Virginia. Though it is a small town, it has some great places for history lovers to explore. I’ve got five of them for you to check out here.

If you’re in Parkersburg and are planning on visiting Blennerhassett Island, it’s a good idea to start with a tour of Blennerhassett Museum. Here, you can watch a short film about the history of the Blennerhassett family. It was really interesting, and you’ll find out about the family’s ties to Aaron Burr! The film is shown in the basement, so be sure to start your tour there.

The basement also has prehistoric artifacts, including arrowheads, early tools, early cosmetics, and more in The Stahl Collection. 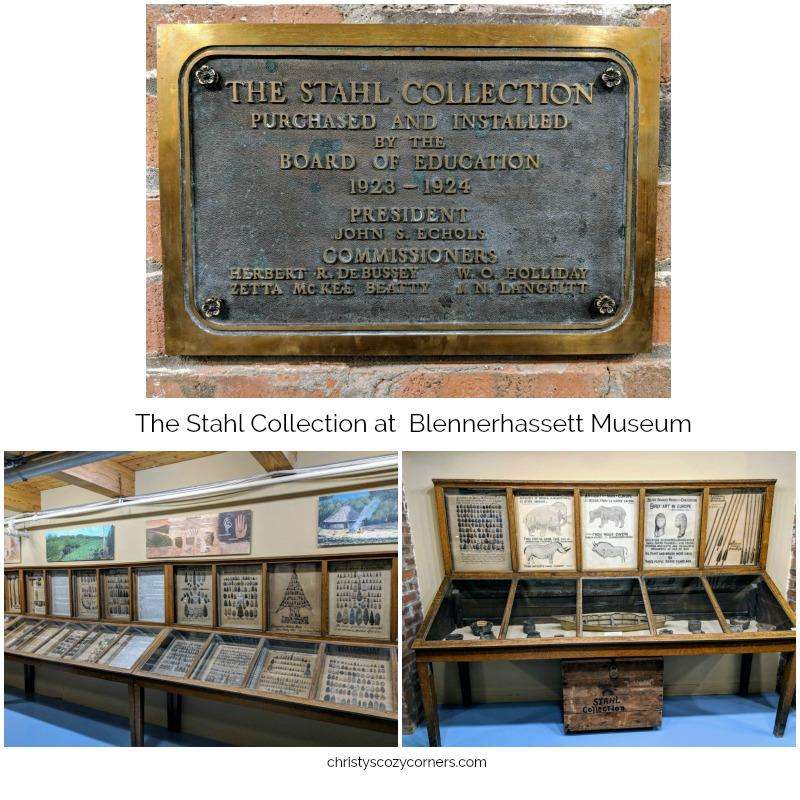 On the other floors you’ll find some very interesting and odd regional historical artifacts. I’m always fascinated by the creepy dolls of days gone by. Like how did the dolls not keep the kids up at night…actually, the ones in the Blennerhassett Museum aren’t too bad. Now the ones in Plymouth, MA…don’t get me started. You can also see historic clothes, jewelry, kitchen tools, furniture, paintings, and lots more. There are even a few items that were unearthed at the site of the original Blennerhassett Mansion. 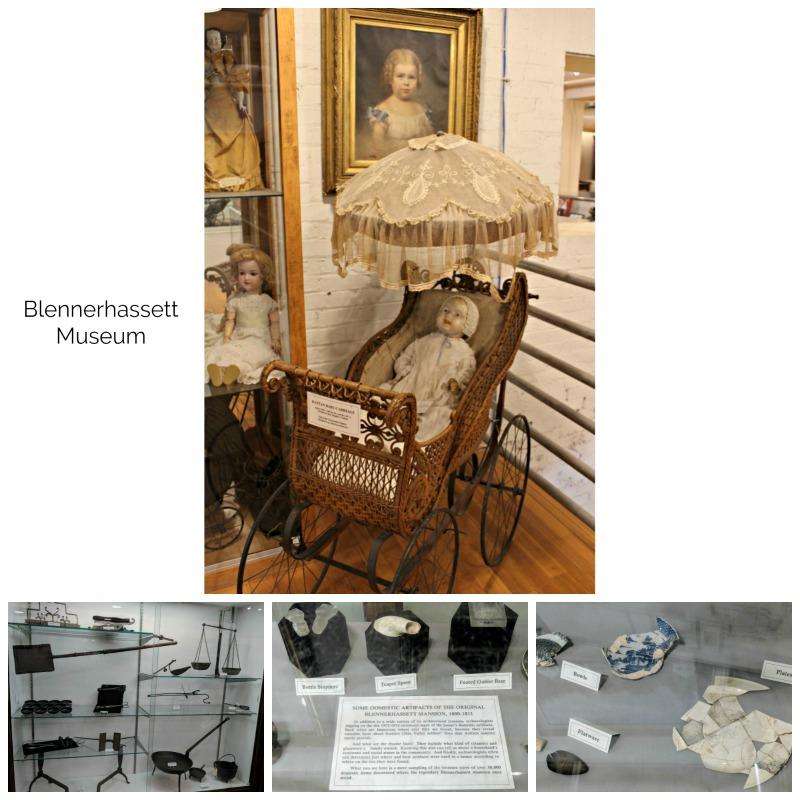 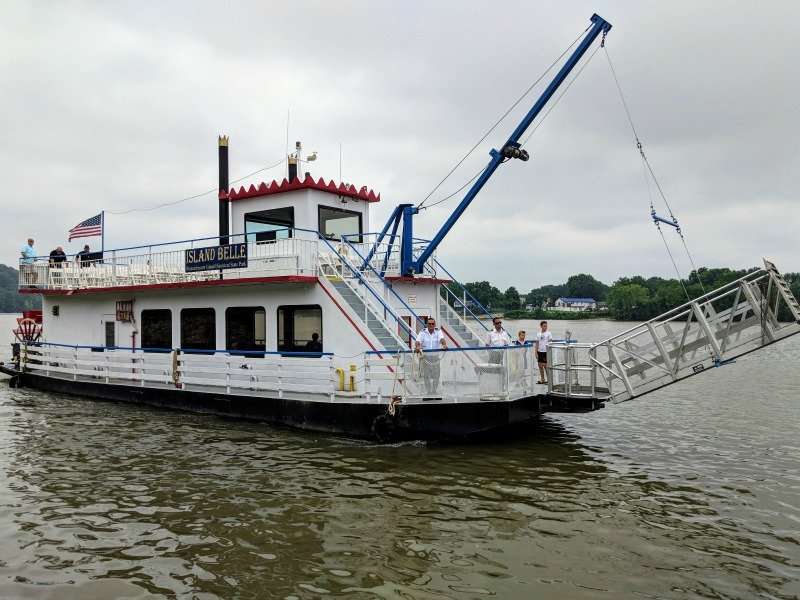 Once you reach the island, you can purchase tickets if you haven’t already done so. Plan to spend plenty of time on the island if you want to walk around and explore a bit. I toured the Blennerhassett Mansion and took the wagon ride. Both were very informative and fun. The original mansion burned down, but it was rebuilt to look exactly like the original mansion. Most of the furniture was auctioned off to pay debts (you’ll learn about that there), but a couple of original pieces are in the mansion. The rest of the furnishings and artwork are all from the original period when the mansion would have been built and lived in. 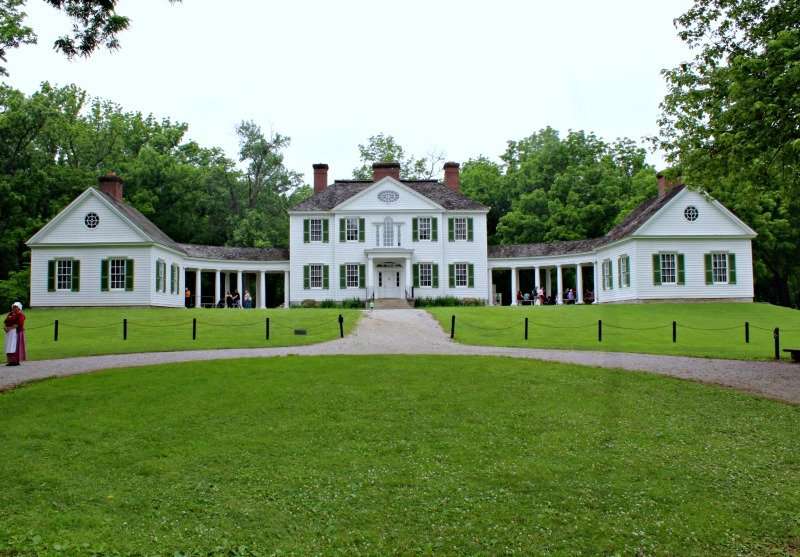 The wagon ride is really fun, and it takes you past a few more historic buildings on the island including the Putnam-Houser House. The Putnam-Houser House was brought to Blennerhassett Island in December of 1986 since they were such good friends of the Blennerhassett family. Our guide was really informative and great with the “teenaged” horses. Apparently, they’d been spooked earlier in the day by the canon going off during a reenactment!

Fort Boreman is the site of a Civil War fort that was built by Union troops to protect the railroad and to watch the river for any signs of the Confederate Army. They didn’t see action, but it sure is a beautiful site to visit. This is a great spot from which to take photos because of the scenic views. There are several historic markers at this site for those of you who like checking those out! 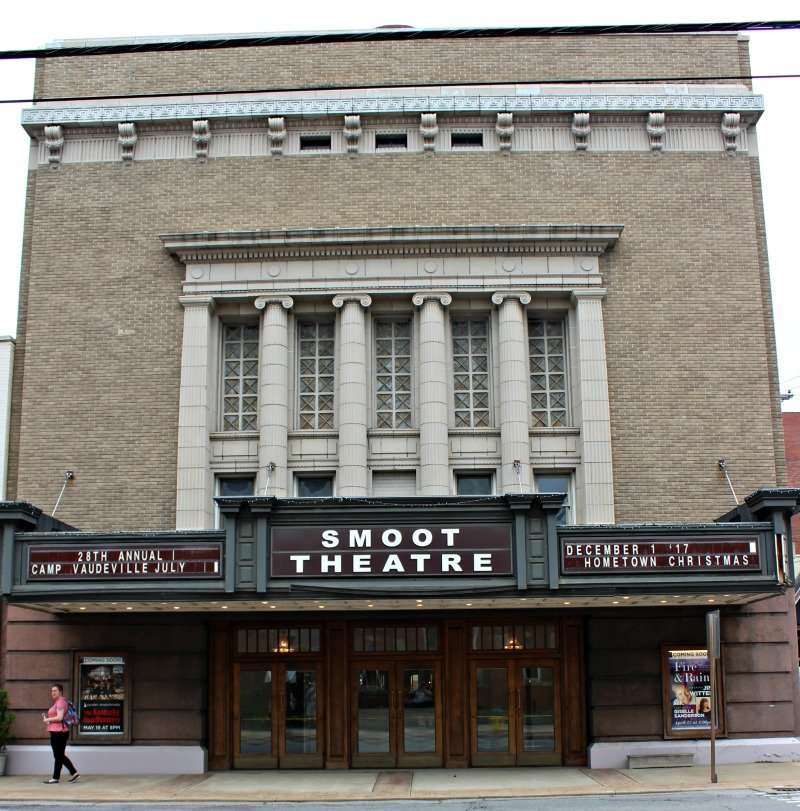 Enter big cineplexes and malls. The Smoot couldn’t compete and went into disrepair. It was scheduled for demolition in 1989, when a small group, including Felice Jorgeson, launched an effort to save the theatre. Much of the funding for the restoration of Smoot Theatre is thanks to Felice and her “sugar daddy,” James Wakely, as she affectionately called him. When something needed to be done, she was there ready to get the funding and get it done. 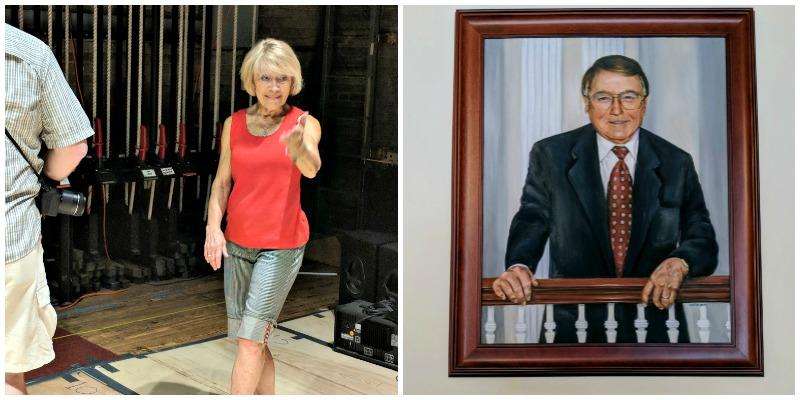 Now Smoot Theatre is a happening place with concerts, plays, children’s clubs and more. Dessert Tours are held in warmer months. Visitors can get a backstage tour, dessert and coffee while they’re entertained by live music.

Have you ever watched Hoarders? Before we headed to Henderson Hall Plantation, we were told that the Henderson’s were the original hoarders because they never threw anything away. Plus, six generations lived in this house! If you went to Henderson Hall daily and spent hours there, you’d probably only scratch the surface of looking at everything. Everything is so fascinating that I would love to TRY to see everything. 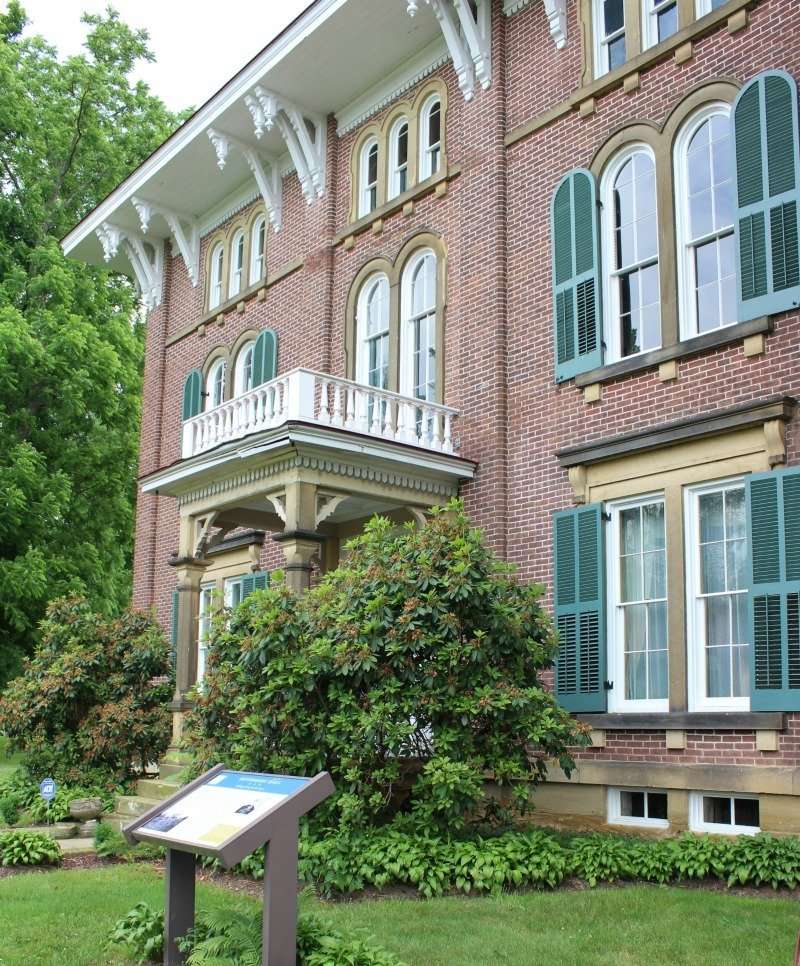 We didn’t have an actual tour, but the volunteers were around to tell us about the rooms and some of the things they’d found in the house. These things include diaries, handwritten notes, candy boxes, land grants, and these just scratch the surface. I took so many pictures, and wish I could share them all! You’re going to have to make a trip yourself! Henderson Hall Plantation is 7 miles north of Parkersburg, WV and 2 miles south of Marietta, OH. 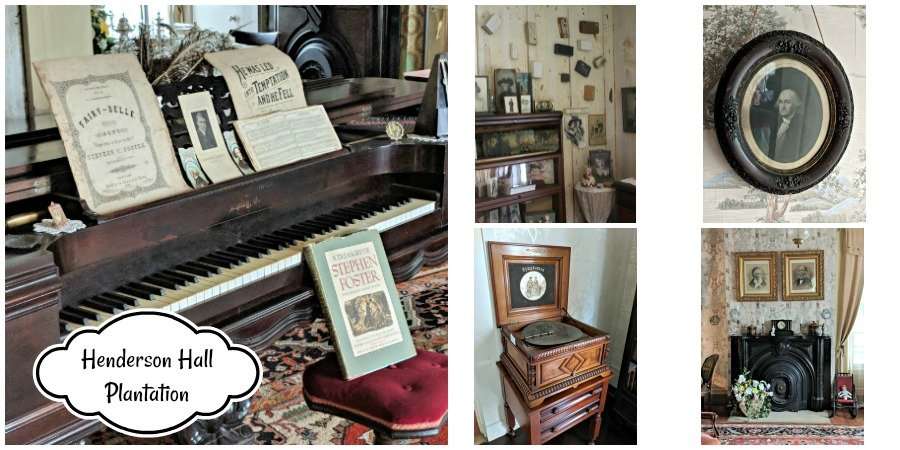 Have you ever been to Parkersburg? How about West Virginia in general? Be sure you put Parkersburg on your places to see lists! 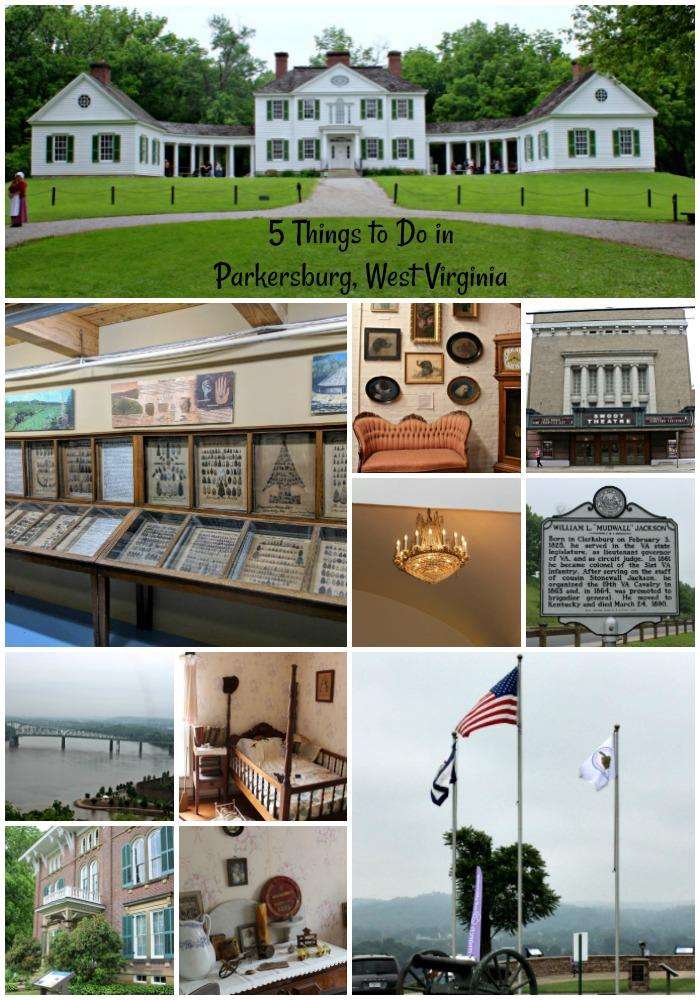 Thanks for sharing!
« Balloon Cake Pops | Celebrate Pixar Fest with Up #PixarFest
Swim into Summer with these Shark Toys from Wild Republic and Alex Brands »