You are here: Home / Books / Die Me A River by Denise Swanson | Cozy Mystery Book Review
Thanks for sharing! 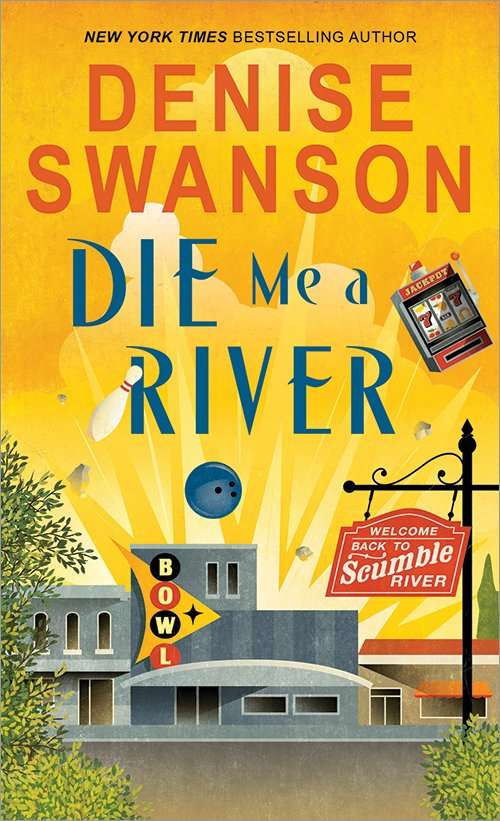 Die Me a River

When school psychologist Skye Denison-Boyd (who is currently on maternity leave) and her police chief husband, Wally, are meeting with the local priest to discuss the christening of their newborn twin babies, an explosion at the nearby bowling alley rocks the rectory. Although the bowling alley was closed at the time of the explosion, a body is discovered inside.

Nothing stays secret in a small town, and as Wally gets drawn into the investigation, Skye can’t help but chime in with her own opinions. With two babies to juggle while tracking down residents for interviews, Skye has never felt busier—or more concerned that something just isn’t right in Scumble River.

Denise Swanson has penned another hit for cozy fans with DIE ME A RIVER, the latest installment in her beloved series.

My Review of Die Me a River

Denise Swanson has another hit in her Welcome Back to Scumble River series. When I reviewed Dead in the Water, the first book in this series, I alerted you to the fact that the book had quite a bit of swearing in it. This one doesn’t. Wally is trying very hard not to swear in front of the twins, so readers get the benefit of less swearing too.

The residents of Scumble River are still dealing with the after effects of the tornado that hit their town when another crisis arises. There’s an explosion at the bowling alley. The insurance adjuster (who has not been too keen on helping the Scumble River residents with their tornado damage claims) is killed. Of course, Wally doesn’t want Skye to get involved, but she never can stay out of his investigations. It’s a good thing too since she usually has a lot to contribute!

I really like that Die Me a River takes place shortly after Dead in the Water. I hate missing pieces! The fact that we’re still talking about the tornado is a good thing. Skye, Wally and the twins are still in the RV. If choosing paint colors takes them as long as it does to name the twins, they may be in the RV until the kids are in kindergarten! Thankfully, they do choose names for the twins in time for the christening/baby shower.

Like any good cozy mystery, Die Me a River has its share of quirky characters, and I love them. They make life interesting! I’m excited for the next installment of Welcome Back to Scumble River.

Denise Swanson is the New York Times bestselling author of the Scumble River Mystery and Deveraux’s Dime Store Mystery series. She has been nominated for RT Book Review’s Career Achievement Award, the Agatha Award, and the Mary Higgins Clark Award.

A Disguise to Die For

The Decorator Who Knew Too Much