You are here: Home / Entertainment / Single Parents Set Visit and Meeting the Cast #SingleParents #ABCTVEvent
Thanks for sharing!

Back in the summer when I started seeing commercials for SINGLE PARENTS, I knew I would love it. I had to watch it. I never dreamed I’d get to go on a SINGLE PARENTS set visit. It’s is a show I never miss. Every single episode has had me laughing like crazy, and if you’re not watching yet, you need to be! It’s on Wednesdays at 9:30 | 8:30c on The ABC Television Network or streaming or on demand. 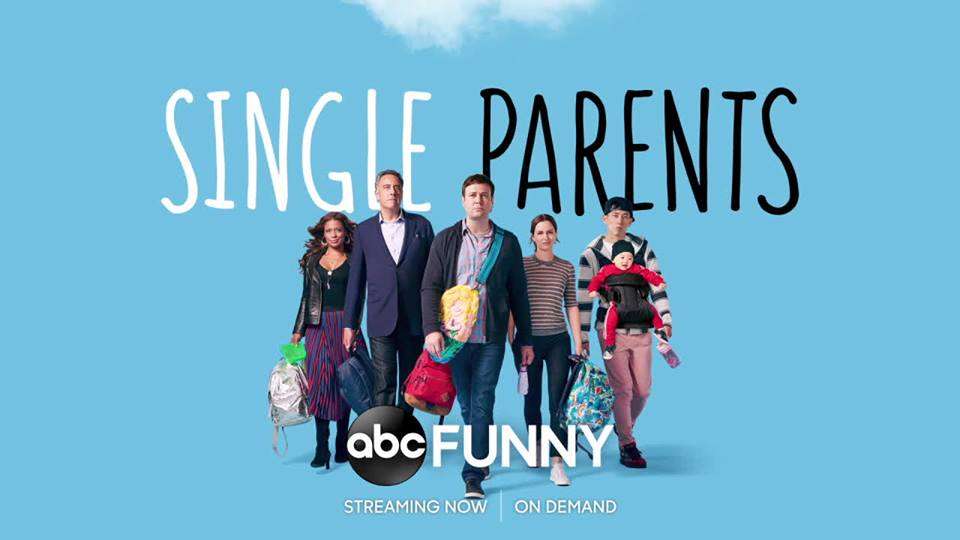 When I got invited to the RALPH BREAKS THE INTERNET event, our itinerary initially did not have the television shows we’d be covering since it wasn’t finalized. When it was confirmed that SINGLE PARENTS was one of the shows we’d be covering, I was so excited. I had been hoping it would be! Then we got the news that we’d be touring the set with Jake Choi who plays “Miggy Park,” I was ecstatic! He is hilarious on SINGLE PARENTS, and he’s so much fun in real life! 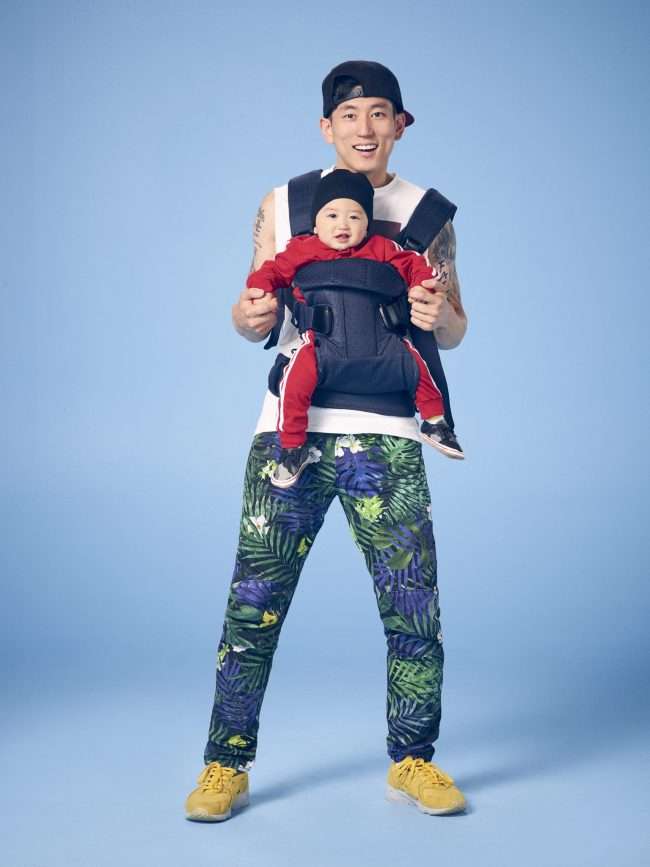 Executive Producer Jason Winer greeted us when we arrived on set, and he gave us a little bit of background information on SINGLE PARENTS, the set, and how the show is filmed.

If you’ve been watching, you already know that five of the main characters are kids! And because they are, their hours are limited. Winer explained to us that because there are so many kids, there are a lot more “sets” on set. They’ve got to be able to move quickly from place to place, so they can get everything filmed in the allotted time frame. Some of the rooms are actually used as more than one person’s house.

We had to build every environment in here so that we can do the whole show moving from environment to environment and somehow manage to shoot [each] episodes in [one] week. The other thing that makes us able to accomplish the show in the hours that the kids have to shoot is this cross shooting style where we’re always shooting everybody at once. It’s not like most shows [in which] you shoot this direction, and we light it this way. And then we turn around and do this direction. We don’t want to kinda miss any of the spontaneous magic. – Jason Winer 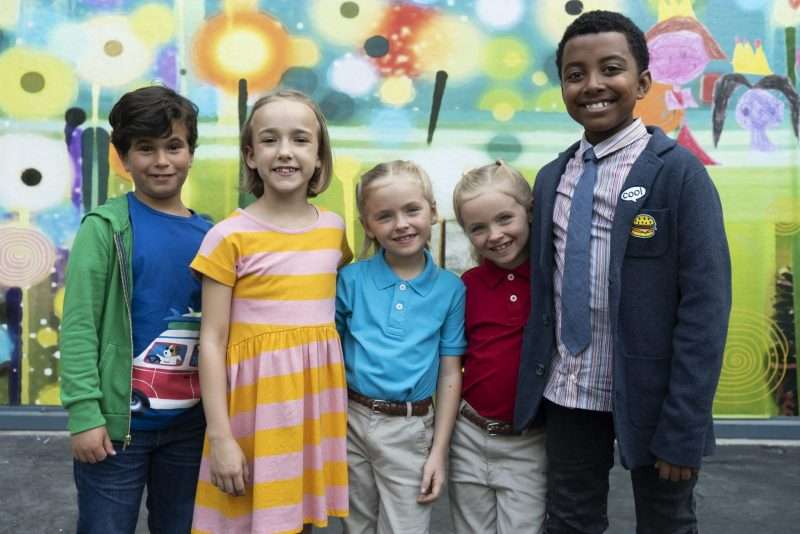 And it is magical! This cast has such great chemistry, and they are so talented. Meeting the cast (the adults, at least) was great!

Taran Killam plays single dad Will Cooper who has a daughter named Sophie, played by Marlow Barkley. I got to talk to Taran for a couple of minutes after we got some group pictures taken. He introduced himself to me and shook my hand. I told him how much I loved watching SINGLE PARENTS and that it’s my favorite comedy along with SPEECHLESS. We talked about how much we NEED something that makes us laugh in today’s world. They say laughter is the best medicine, and SINGLE PARENTS really does make me happy. 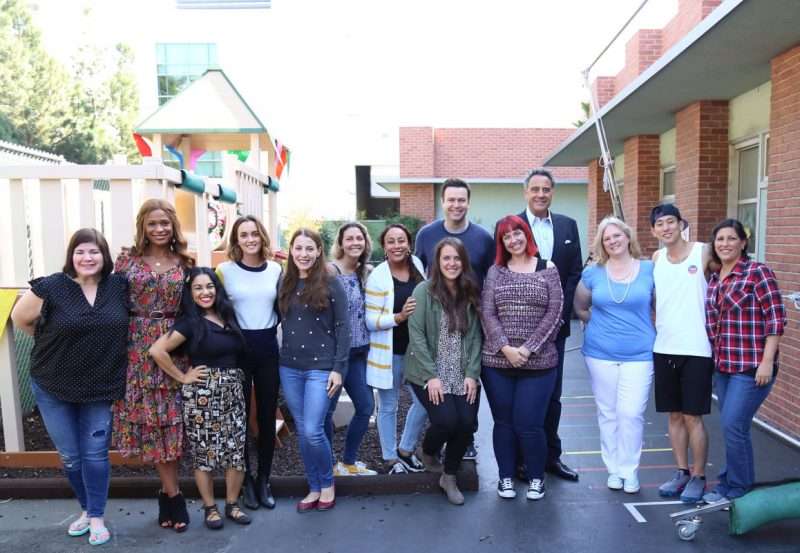 Jake Choi plays Miggy Park, single dad to baby Jack. When Jake walked in to give us our set tour, Jason told us that Jake has a “little bit of baby fever” thanks to the twins that play Jack. Jake replied, “I do. A little bit? A lot. I have a lot of baby fever.” Jason also said that Jake has such a great rapport with the babies, and that they actually love being held by him. How cute is that?

Brad Garrett plays Douglas Fogerty, dermatologist and widower dad to twins Emma, played by Mia Allan and Amy, played by Ella Allan. When we talked to Pamela Ribon the day before, she told us to tell Brad Garrett that we heard him in RALPH BREAKS THE INTERNET. He asked us how the movie was. So cool.

The SINGLE PARENTS set visit was so much fun, and Jake Choi made it even more fun by sharing stories and answering our questions. 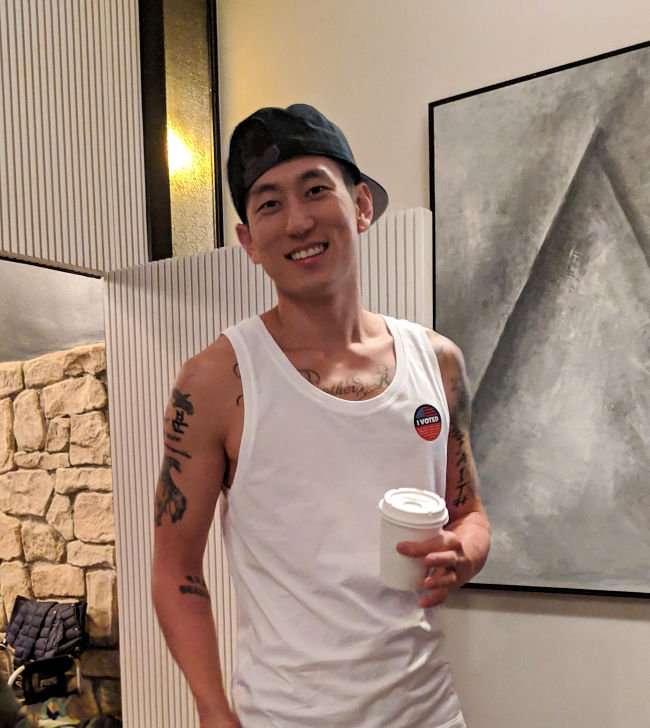 We toured the “houses,” schoolroom, and playground. I can’t begin to tell you how cool it was, so I’ll attempt to show you! 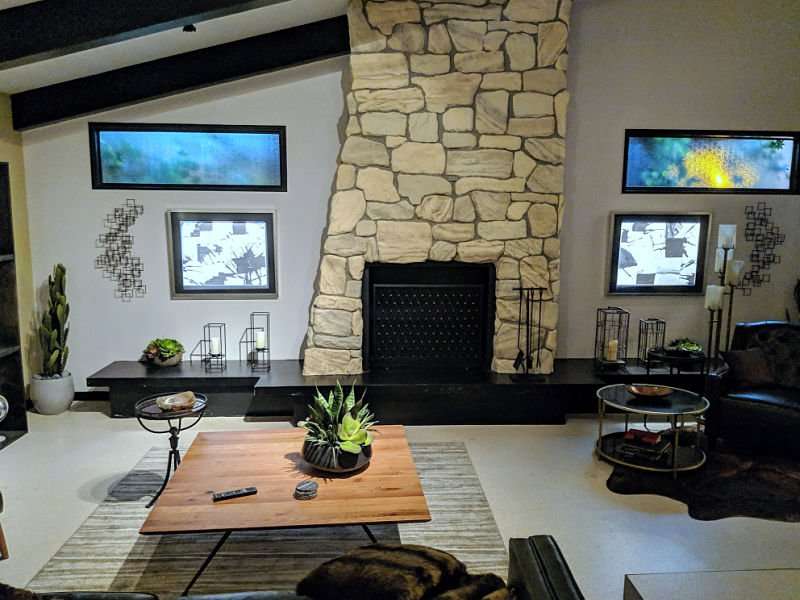 Jason Winer walked with us through Douglas’s house. Isn’t it fancy? That’s Douglas for you. Jason pointed out the ceilings in the house. He told us that because Brad Garrett is so tall they had to build ceilings for his house. This isn’t typical of most sets. He remarked, “…we had to think about [with] especially the kids and Brad Garrett in [a] scene, we’re going to end up seeing the ceiling a lot. So, we picked a house locally with this interesting A-frame architecture that we could imitate on stage.” 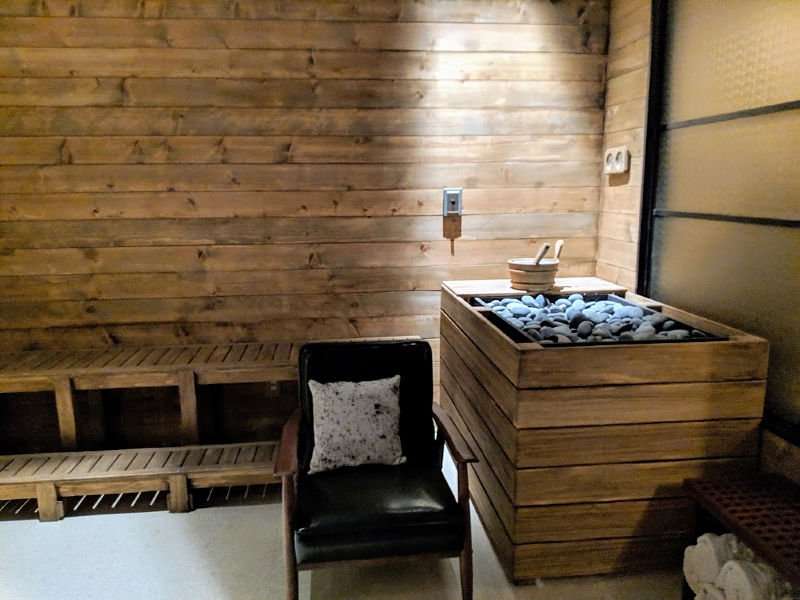 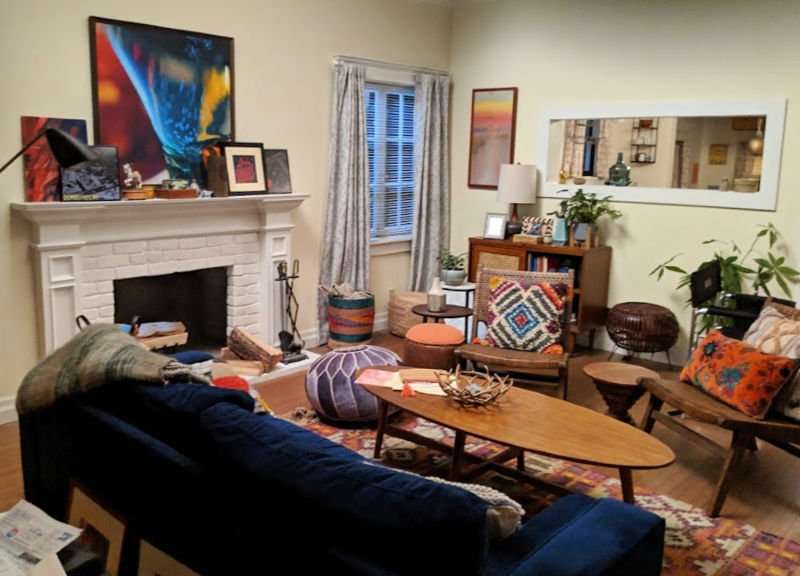 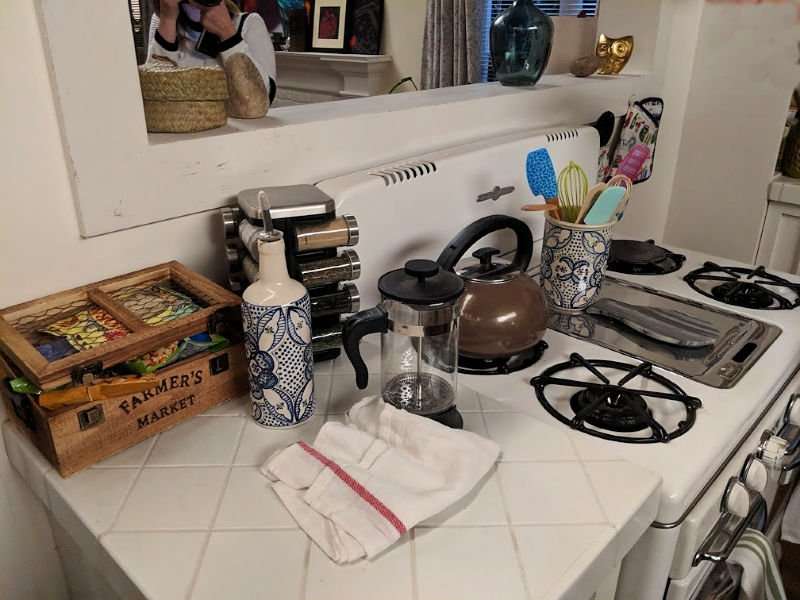 Though Angie’s kitchen is white, it’s always got a lot of stuff on the counters because that fits Angie. She’s a busy single mom who doesn’t have time for a pristine kitchen. Who does? Okay, maybe Douglas. 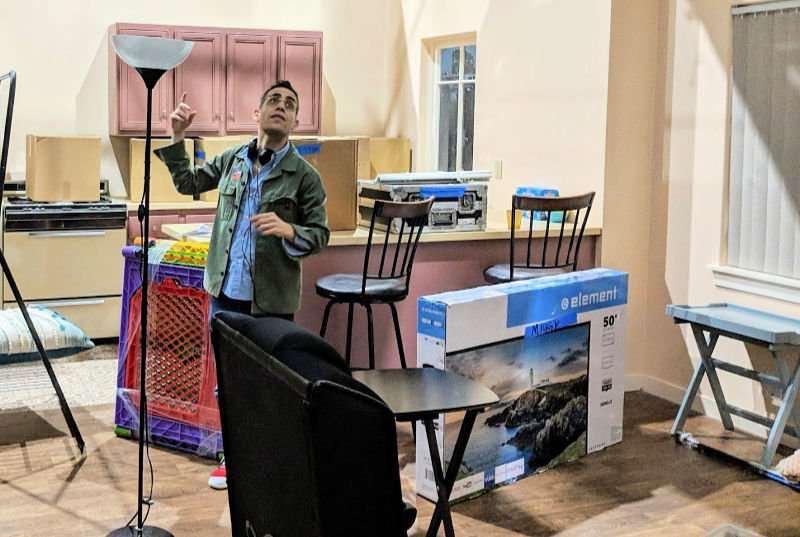 Earlier I told you that certain set areas are used for more than one person’s house. That’s the case here. This area serves as both Miggy’s house and Poppy’s house. See that big screen TV? That blue tape says Miggy. Of course, it’s Miggy’s! We also saw many pairs of Miggy’s shoes! When we walked into Jack’s nursery, guess what we saw. Lots of baby shoes! I think Miggy likes shoes. 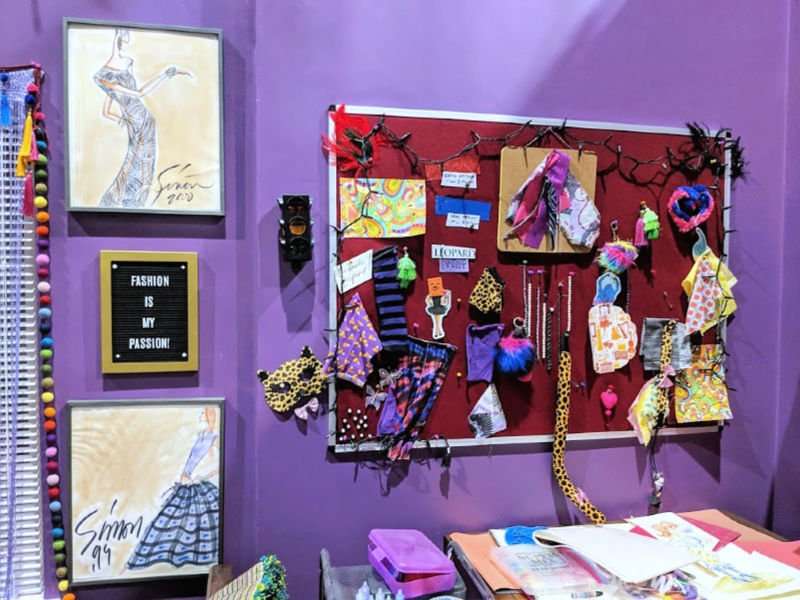 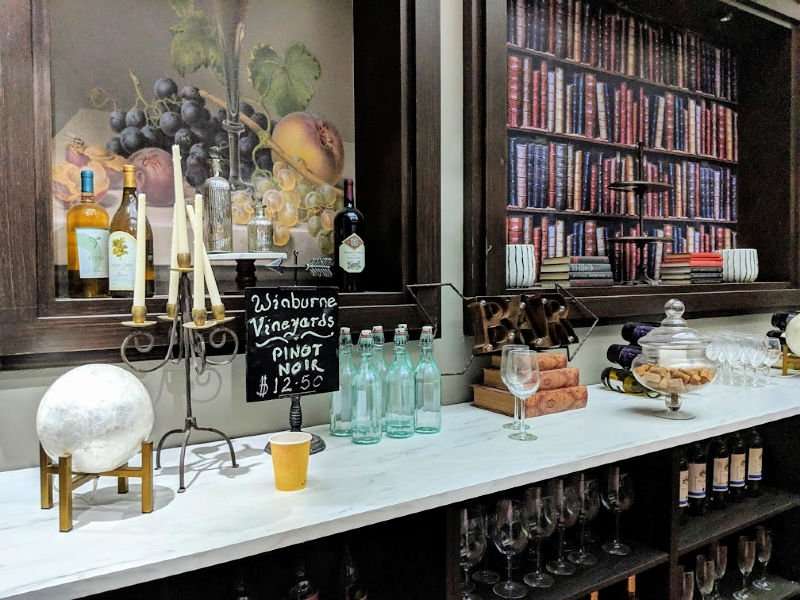 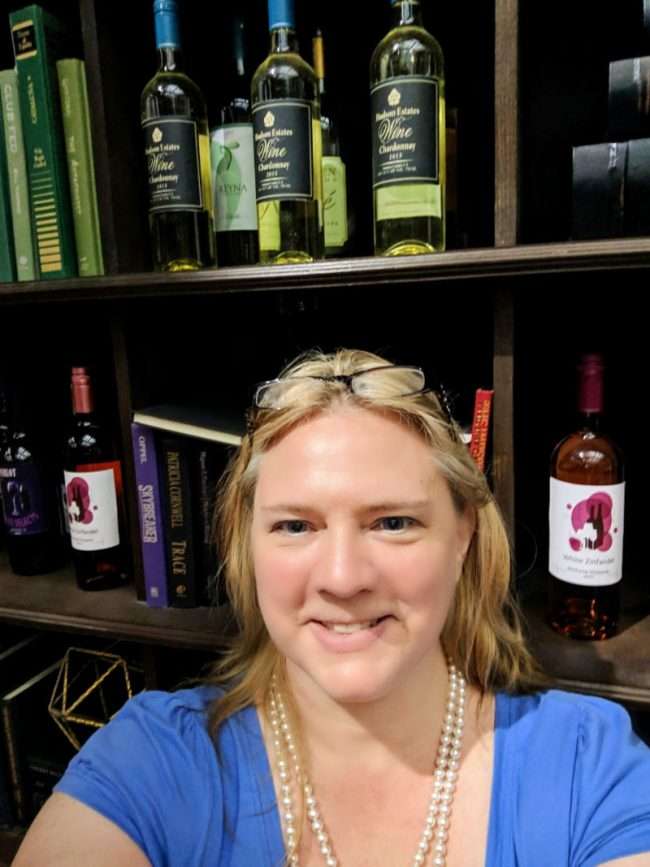 I love how realistic the school and playground are! 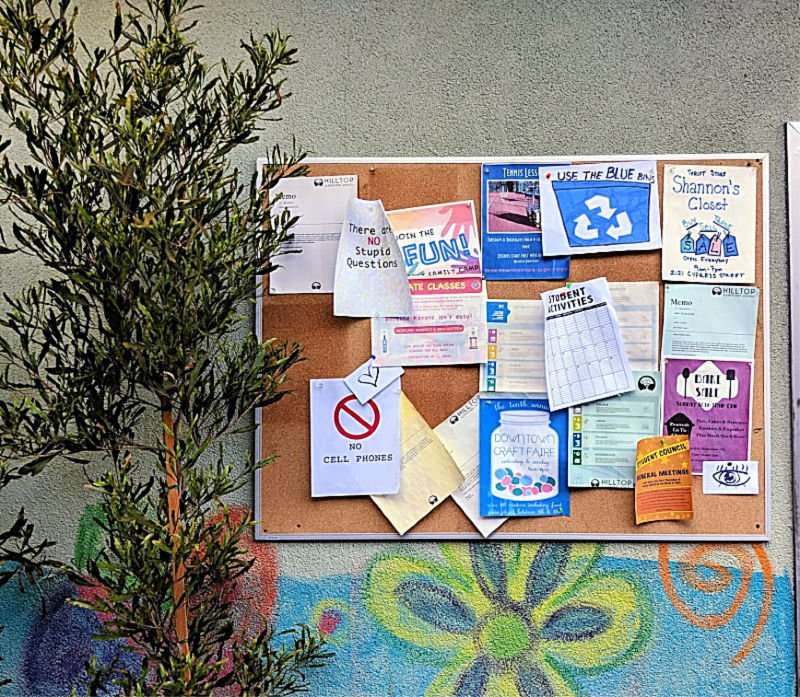 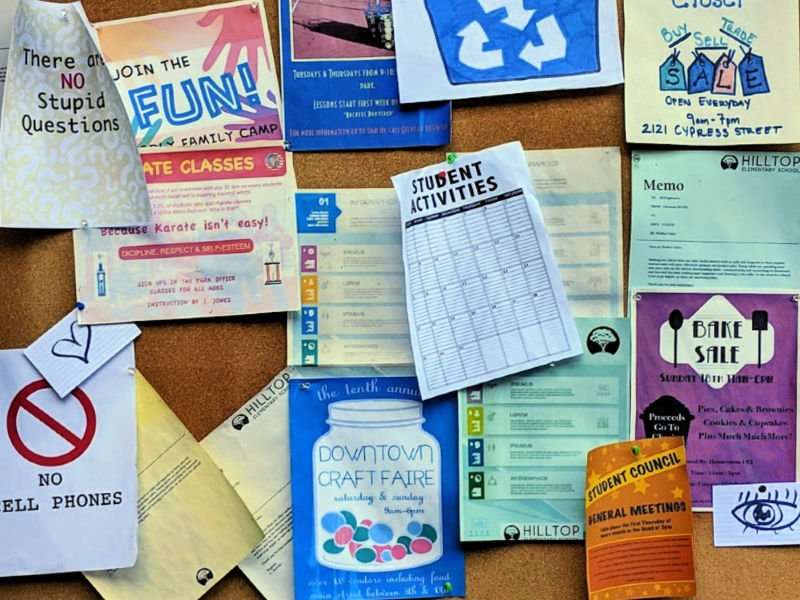 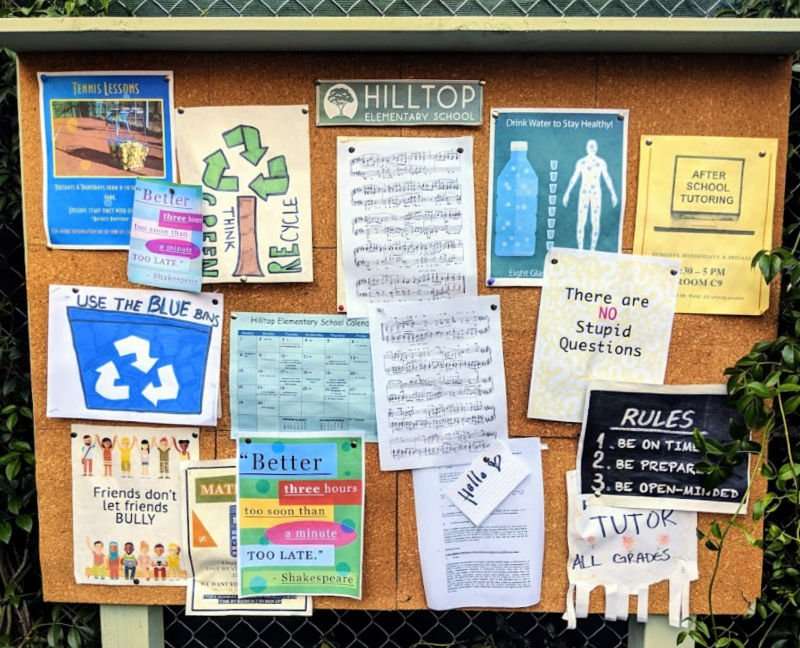 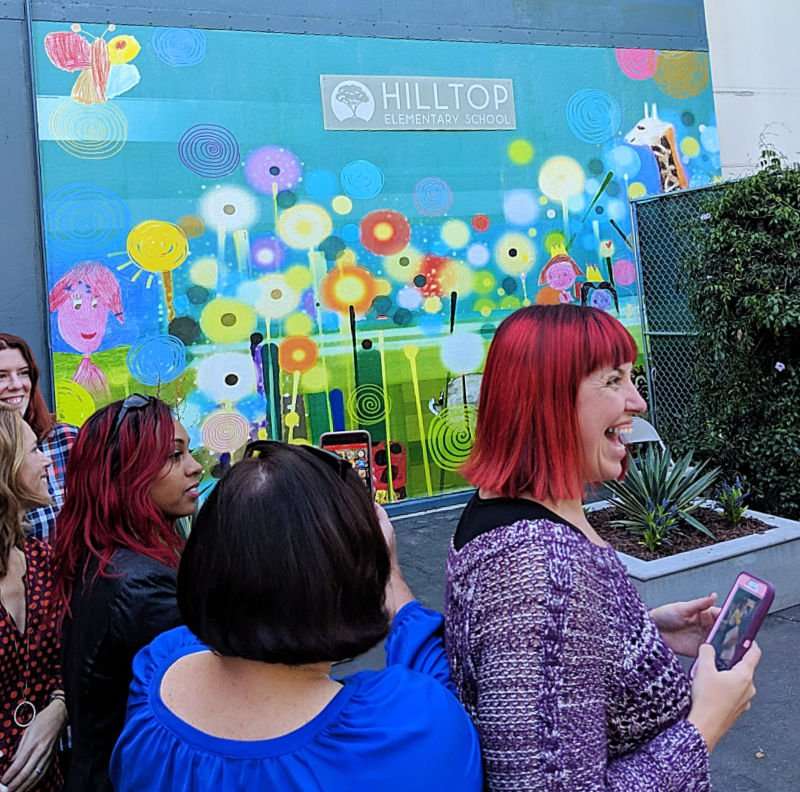 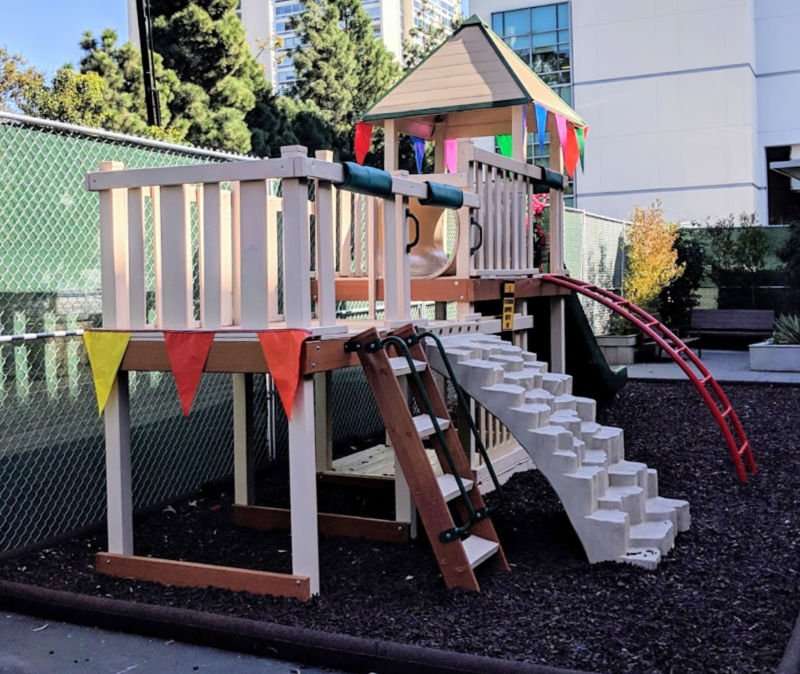 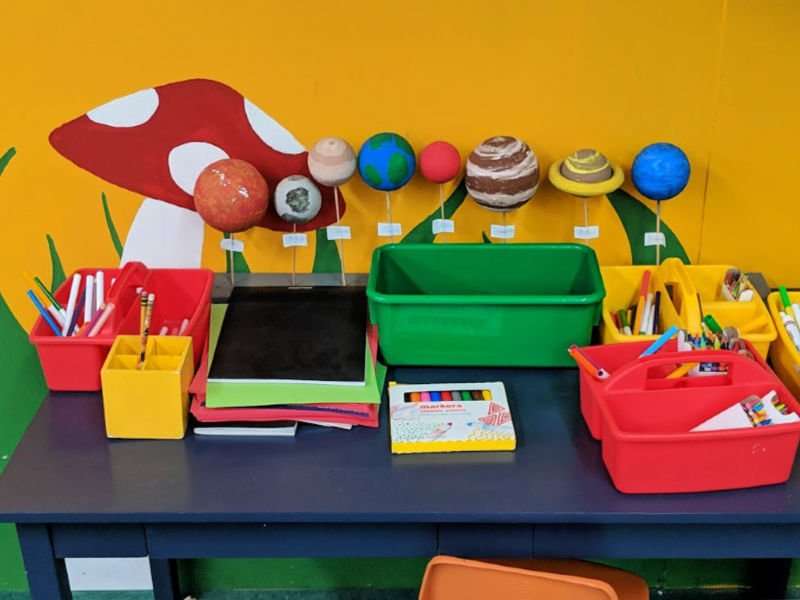 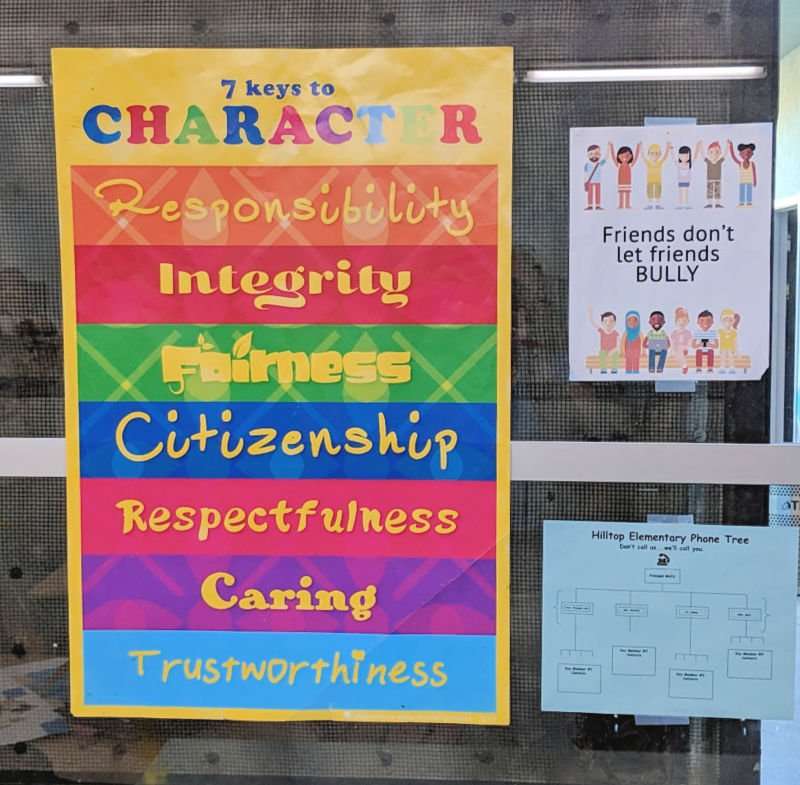 This SINGLE PARENTS set visit was the best! Now, when I watch the new episodes, I can say, “I saw that in real life!” I loved meeting the cast too and finding out that they are genuinely nice people.

About this week’s episode: The Beast 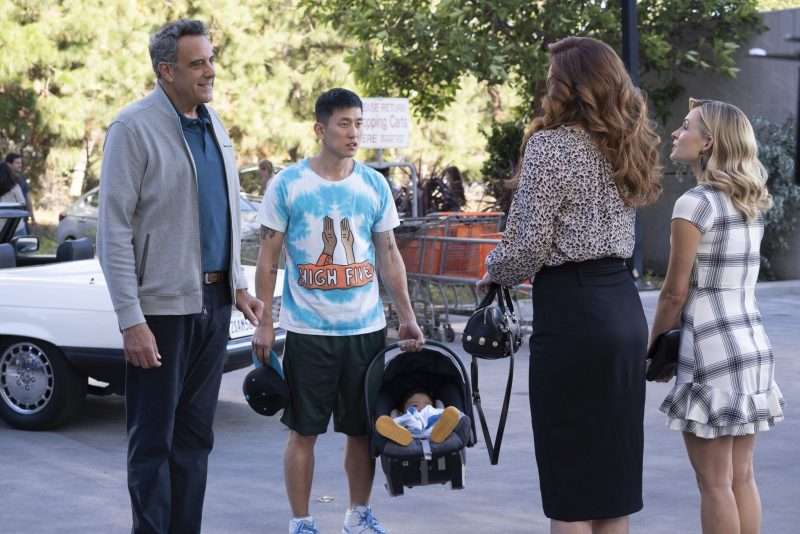 Will encourages Angie to rediscover her passion for heavy metal music by taking a guitar class, and in turn, Angie insists that Will get back in the field covering weather by driving both of them into a storm. Meanwhile, the rest of the gang explore their romantic passions as Douglas pursues his crush on Big Red with the help of Miggy, and Poppy feels an instant connection with a dreamy musician, on an all-new episode of SINGLE PARENTS,  WEDNESDAY, NOV. 28 (9:31-10:00 p.m. EST), on The ABC Television Network, streaming and on demand. 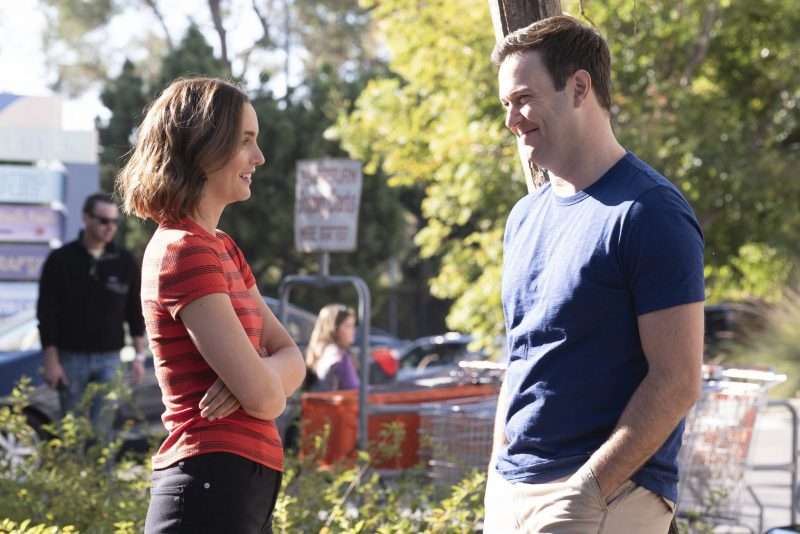 If I haven’t convinced you that you’ve got to watch SINGLE PARENTS yet, watch this clip. This is from the pilot episode and this scene sealed the deal for me! I knew this was going to be one of my must watch shows. 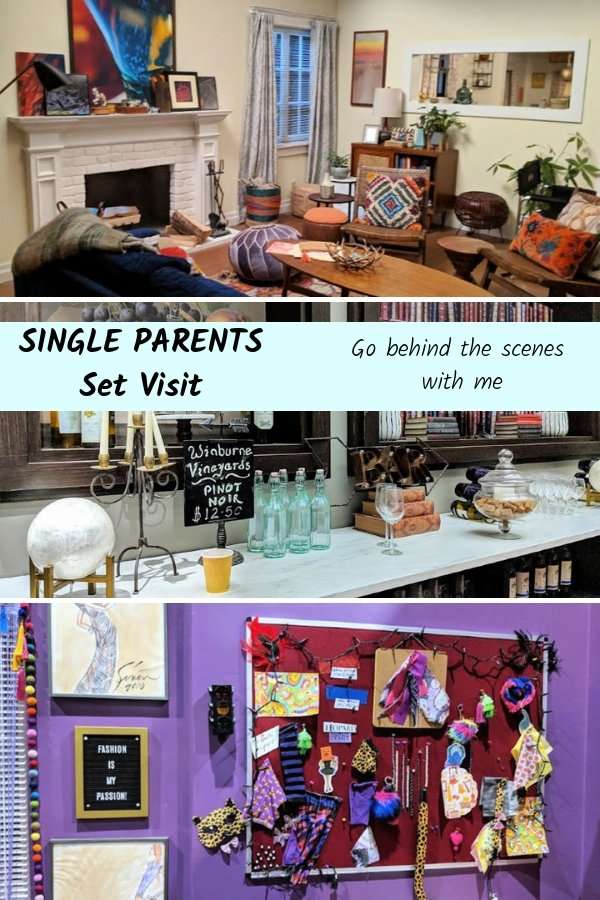 Read more from the RALPH BREAKS THE INTERNET event

Thanks for sharing!
« The Poetry of US by National Geographic Kids Blog Tour
Dream of Me This Christmas Eve Contemporary Christmas Romance »