You are here: Home / Books / Children of Jubilee by Margaret Peterson Haddix
Thanks for sharing! 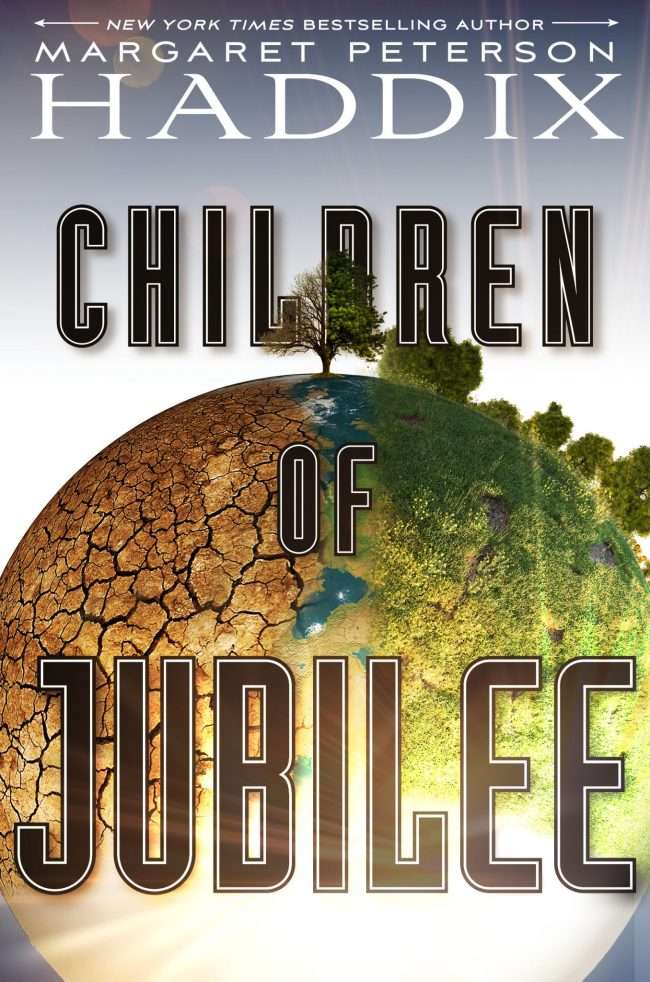 Welcome to the Children of Jubilee Blog Tour!

To celebrate the release of The Children of Jubilee (Children of Exile #3) on December 4th, blogs across the web are featuring exclusive content from author Margaret Peterson Haddix and 10 chances to win the complete trilogy!

For my stop, author Margaret Peterson Haddix has written a post that will really hit home with probably 90% of us! What would we do without our cell phones? What if we had to go back to even just a flip phone or any non-smart phone? I don’t know about you, but I’d be lost! Read about her inspiration for taking away Kiandra’s phone.

Several years ago, I had to drive from my home in central Ohio to a small town in southern Michigan to speak at a young writers conference scheduled for the next day. I made sure my family had dinner and my kids did their homework before I left—and however orderly I’m making that evening sound, it was actually a blur of me trying to pack and cook and sign permission slips and answer my kids’ questions all at once: “Who did you say was picking me up after soccer tomorrow?” “Was it the Mycenaeans or the Minoans whose civilization ended when they forgot how to read?”

When I finally walked out the door to begin the three-hour drive, I had my minivan keys in one hand, my suitcase in the other, and my computer bag on my shoulder. As for my purse, I left it sitting by the front door.

I didn’t realize my mistake until I arrived at the hotel in Michigan shortly before midnight.

After a frantic, disbelieving search through my entire minivan—repeated about six times, because I really, really couldn’t believe I’d been that dumb—I began troubleshooting. Without my purse, the only money I had was two dollars in change I’d found searching through the minivan. (Hurray for not cleaning out my minivan more frequently!)

But, really, did I need money? Or a credit card? The hotel was being paid for by the writers conference, and breakfast was included. Lunch would be provided at the conference, and I’d left home with a blessedly full tank of gas. I’d only used half a tank driving to Michigan; surely I could make it home with the rest. And if not—well, two dollars would buy at least a little more.

Running through my plans for the next day, I realized: I was perfectly fine without my purse. I wouldn’t even have to admit my idiocy to anyone at the conference and beg for a loan.

No purse = no phone

Then I remembered that not having my purse also meant I had no phone.

How would I survive?

It was ridiculous how panicked I felt, being phoneless and far from home. I’m old enough that I spent my entire childhood and twenties without a cellphone—I certainly knew how to cope. For an internship during college, I’d driven by myself from Ohio to Charlotte, North Carolina, and not had a single moment of anxiety over not having a phone with me.

In a more extreme case, I’d spent a semester in college studying in Europe, and my friends and I would routinely make arrangements to meet up in train stations in foreign cities where we’d never been before and where we didn’t speak the language—and it didn’t really even occur to us that if we didn’t find each other at the appointed time, we had no backup plan for getting in touch.

But by the time I made that phoneless drive to Michigan, I’d gotten used to always having a phone. What if I had trouble finding the site of the writers conference? Or what if my car broke down? And what if some emergency happened in my family and they couldn’t reach me? What if…

Techy Kiandra with no phone?

I thought about all my panic over being phoneless as I was writing Children of Jubilee, the third and final book in the Children of Exile series. Kiandra, the main character, is a technology-obsessed teenager who basically lives on her phone or laptop. She’s a whiz at hacking; give her a digital device and she can take on the world. As for IRL experience—well, who needs that?

So of course I took her phone away. Or, at least, its usefulness. I plopped her—and her brothers and two friends–down on an alien planet without connectivity. And I made the others very dependent on her savvy, which she believes is only tech-related.

Given my age relative to hers, it could seem like I was indulging in one of those harrumphing, “Kids nowadays! Why, if they had to cope with what I had to cope with at their age, they wouldn’t know what to do!” fantasies. But as I described Kiandra’s tech obsession, I was really just giving her my own issues.

Cellphones—particularly smartphones—make life so much easier; it’s shameful how much I complain when I don’t have one instantly available to look up the exact title of a book I want to recommend to a friend, the quickest route to a destination I’ve never been to before, etc.

Being without a phone (or some similar device) means living with uncertainty. And the more advanced our devices become—and the more dependent we become on them–the worse we do handling any uncertainty at all.

If you read a book written before about 2000–or just set in such an ancient time period–odds are you’ll come upon a pivotal scene that sets much of the plot in motion where all the conflict and tension would be completely erased if the main character had a cellphone.

Even if you read a book written/set after 2000, you’re likely to find some pivotal scene where the main character’s troubles start because his or her phone fails, breaks, or is accidentally left behind. (As I can attest, this really can happen in real life.) Sometimes authors joke that the first rule of YA fiction is to get rid of the main character’s phone.

Back in real life, when my own kids first got their driver’s licenses, my husband and I used to comfort ourselves watching our kids backing out of the driveway: “They’ve got their phone with them. They can call us immediately if anything happens.”

Even as we said such things, we knew that was largely false comfort. A million things could go wrong for a kid driving alone for the first time that a phone wouldn’t solve. (And we certainly knew there were problems the phone could cause, such as if our kids texted while driving.)

Making decisions without the help of our cellphones

For Kiandra in Children of Jubilee, her savvy with technology is partly related to her ability to ask the right questions. Without her phone, she has to depend more on her own resourcefulness in finding answers—and on help from others around her. Even when she doesn’t have all the data instantly at her fingerprints, she still has choices and options. She can still make informed decisions—just not completely informed decisions.

The truth is, no matter how smart our phones becomes, none of us are making completely informed decisions, either. The world of information we constantly have at our fingertips is never enough—and sometimes it’s only false comfort, or even a distraction. Symbolically, if not literally, all of us will reach a point where we’re driving in the dark on unfamiliar streets without a phone in the car.

And what we do then… that’s interesting. That really says something about who we are and what we believe.

And that’s why I took away Kiandra’s phone. 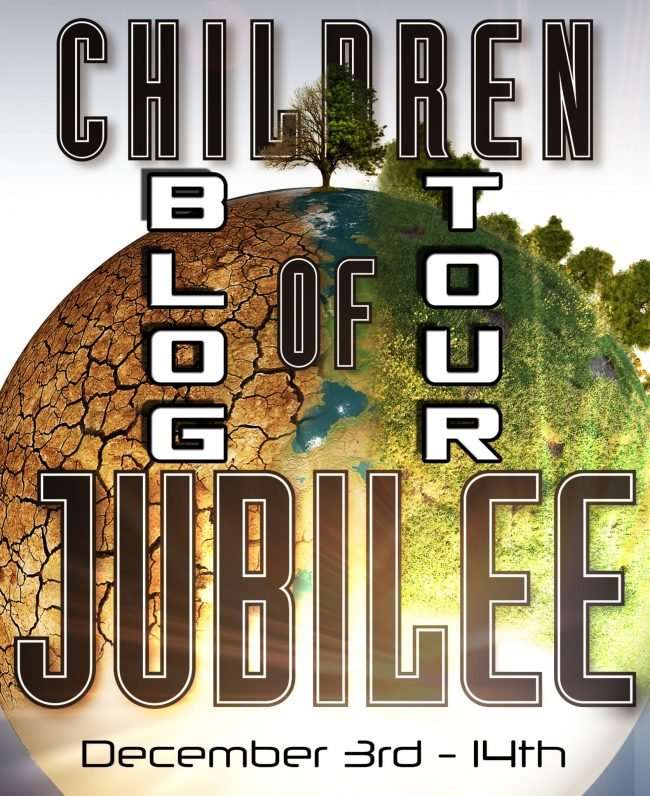 7th — A Dream Within A Dream

About Children of Jubilee

In Children of Jubilee, Kiandra has to use her wits and tech-savvy ways to help rescue Edwy, Enu, and the others from the clutches of the Enforcers in the thrilling final novel of the Children of Exile series from New York Times bestselling author, Margaret Peterson Haddix.

Since the Enforcers raided Refuge City, Rosi, Edwy, and the others are captured and forced to work as slave labor on an alien planet, digging up strange pearls. Weak and hungry, none of them are certain they will make it out of this alive.

But Edwy’s tech-savvy sister, Kiandra, has always been the one with all the answers, and so they turn to her. But Kiandra realizes that she can’t find her way out of this one on her own, and they all might need to rely on young Cana and her alien friend if they are going to survive.

My Review of Children of Jubilee

At the end of Children of Refuge, the Enforcers had arrived in Refuge City and forced the children (Enu, Kiandra, and Edwy {siblings}, Rosi and Bobo {siblings} and Cana) to go on the run. While they initially get away, Enu, Kiandra, Edwy, and Rosi are captured by the Enforcers. The Enforcers transport them to another planet, Zacadi, where they’re forced to mine a precious energy resource.

Children of Jubilee is a very satisfying conclusion to an exciting series that’s been filled with great characters, and a wonderful storyline. As with the author’s other series, children and adults alike will enjoy the Children of Exile series. The message that the series promotes is one we all need to hear. 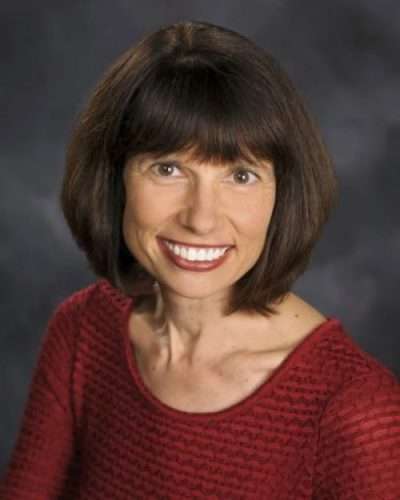 Margaret Peterson Haddix is the author of many critically and popularly acclaimed YA and middle grade novels, including the Children of Exile series, The Missing series, the Under Their Skin series, and the Shadow Children series. A graduate of Miami University (of Ohio), she worked for several years as a reporter for The Indianapolis News. She also taught at the Danville (Illinois) Area Community College. She lives with her family in Columbus, Ohio. Visit her at HaddixBooks.com.