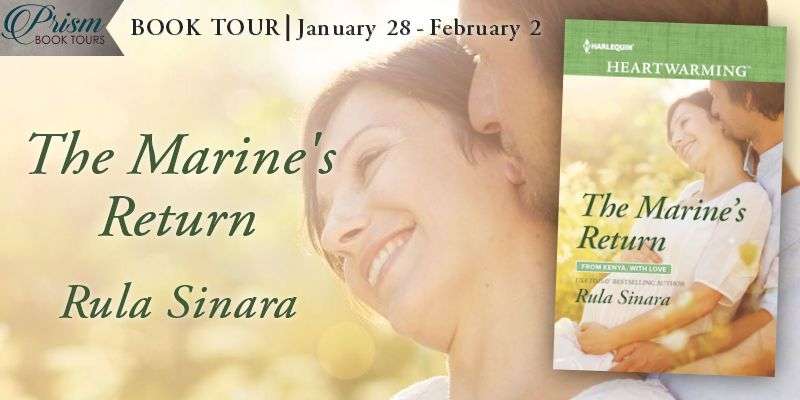 (From Kenya, with Love #6) By Rula Sinara 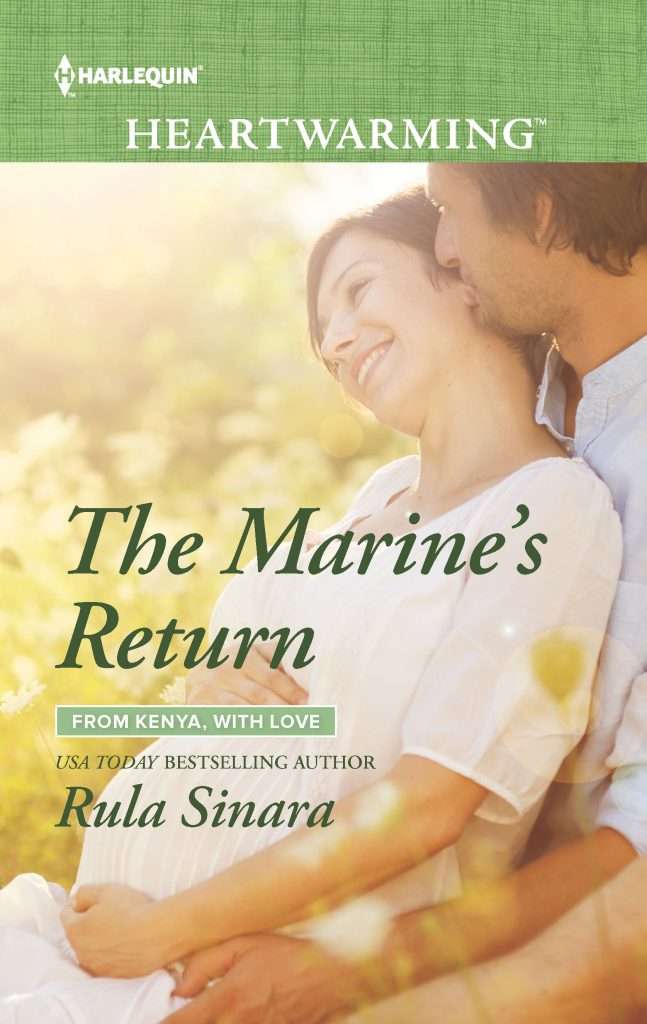 He can’t be her hero…

But he made a promise to keep her safe

Wounded marine Chad Corallis just wants to be left alone. Until he discovers his best friend’s very pregnant widow is in danger. A dedicated nurse, she refuses to leave her Serengeti medical clinic when it’s threatened by poachers. Chad is honor-bound to protect her, but who will save him from falling for his best friend’s wife?

My Review of The Marine’s Return

If you haven’t read any of the From Kenya, With Love series, I highly recommend you do. The Marine’s Return is the third book I’ve read in the series, but it is the final book in this series. You can read it any of the books as a stand alone. I read After the Silence and Through the Storm and loved them.

This series takes place over several years, and in The Marine’s Return, a character from the second book in the series is the main character in this one. He was four years old in After the Silence, and his dad was the main character. I love that! Chad Corallis followed his father’s footsteps right into the Marines. Chad has dreamed about being a Marine almost his whole life. He wants to get rid of bad guys and threats to the safety of those he loves. But when an explosion leaves him wounded, he returns home. He is depressed and unmotivated to do anything other than mope around the house.

Lexi’s husband was Chad’s best friend, and he had a dream of returning to his home in Kenya to serve as a doctor in a clinic. But he is killed in action, leaving Lexi widowed and pregnant However, Lexi applies to be a nurse at the clinic run by Chad’s mom because she wants to see that dream through.

When the camp is put in danger because of an injured poacher on the loose, Chad’s dad insists that he needs his help to determine whether the camp is safe or needs to be shut down while the poacher is at large. Of course, Lexi thinks the worst: that Chad will determine they’re not safe…and she is partially correct. As a result, the relationship starts out pretty rocky! You’ll have to read the book to find out what happens!

The Marine’s Return is so well written. I love the characters. Reading about the familiar characters from the other two books I read was so enjoyable. Chad and Lexi’s interactions are so much fun to read. In fact, you’re going to love how two other characters come together too!

I highly recommend The Marine’s Return because of the amazing characters, descriptive setting, exciting story line, and sweet romance.

Other books in the From Kenya, With Love series 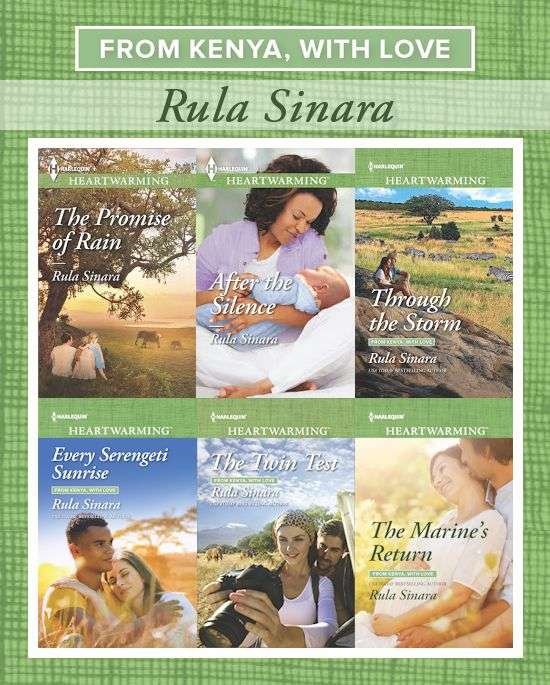 About the Author Rula Sinara 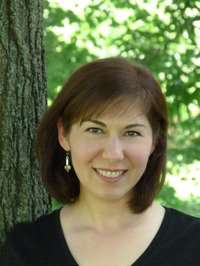 National and USA Today Bestselling author Rula Sinara lives in rural Virginia with her family and crazy but endearing pets. She loves organic gardening, attracting wildlife to her yard, planting trees, raising backyard chickens and drinking more coffee than she’ll ever admit to. Rula’s writing has earned her a National Readers Choice Award and HOLT Medallion Award of Merit, among other honors. You can discover more about Rula at her blog A Writer’s Rush, on Twitter, on Facebook as RulaSinaraAuthor or on her website www.RulaSinara.com, where you can also sign up for her newsletter.
Website│Blog│Goodreads│Facebook│Twitter│Pinterest

Thanks for sharing!
« The Nutcracker and The Four Realms on Digital and Blu-Ray
Meant for You by Ranee S. Clark Clean Romance »