You are here: Home / Entertainment / Make Way for Prince Ali and The Genie in Aladdin May 24, 2019
Thanks for sharing!

The first TV spot for Disney’s ALADDIN is here! Actually it was here last night, but I was in bed. So, make way for Prince Ali (and that lovable big blue genie)! You know you’re singing it now. If you’re not, I’m not sure we can be friends. Disney music is the best music, and you must sing along!

The music in this TV spot sure brings back memories. ALADDIN was one of those movies that my daughter, Molly, had to watch over and over again. Listen and watch with me! Try not to cry at the memories!

Oh, that wicked Jafar! Although, without Jafar, that street rat would have never met Genie, so I guess it worked out. And did you notice the make way for Prince Ali parade! How awesome is that going to be to see on the big screen! 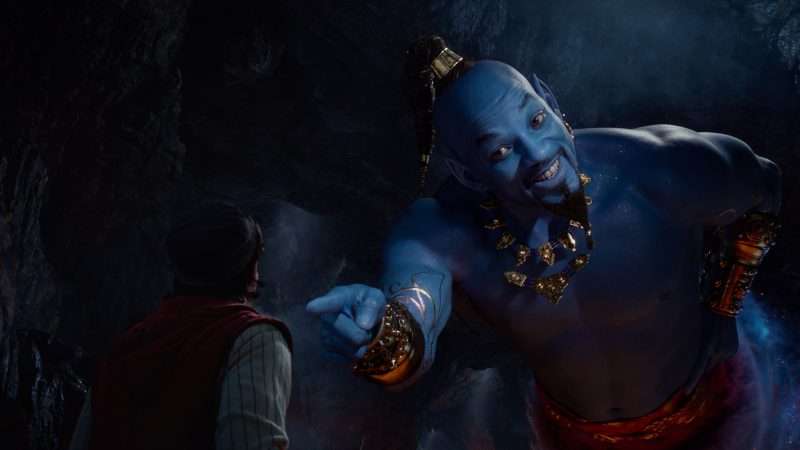 And, there he is…Will Smith as the Genie of the lamp! And he’s big and blue and awesome! Yes, I know. No one can replace Robin Williams, but let’s give Will a chance. He is an awesome actor and hilarious, so I know he’s going to be great. He’s got big shoes to fill, but let’s let him wear his own shoes.

A thrilling and vibrant live-action adaptation of Disney’s animated classic, ALADDIN is the exciting tale of the charming street rat Aladdin, the courageous and self-determined Princess Jasmine and the Genie who may be the key to their future.

ALADDIN is directed by Guy Ritchie, who brings his singular flair for fast-paced, visceral action to the fictitious port city of Agrabah.

The film is written by John August and Ritchie based on Disney’s “Aladdin.” ALADDIN stars Will Smith as the Genie; Mena Massoud as Aladdin; Naomi Scott as Jasmine; Marwan Kenzari as Jafar; Navid Negahban as the Sultan; Nasim Pedrad as Dalia; Billy Magnussen as Prince Anders; and Numan Acar as Hakim. 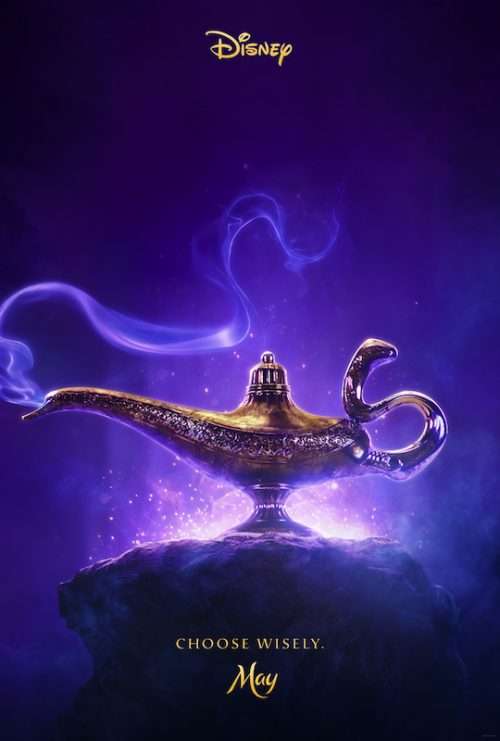 Follow and Make Way for Prince Ali on Social Media!

Hop on your magic carpets and fly into theatres May 24, 2019 for ALADDIN!