You are here: Home / Books / The Girl He Used to Know by Tracey Garvis Graves | Book Review
Thanks for sharing!

Have you ever become so immersed in a book that you had to read it in one sitting? You became inexplicably attached to the characters so quickly that you had to know how their story ended? The Girl He Used To Know by Tracey Garvis Graves is one of those books. When you pick up this book, make sure you’ve got hours to spare because you won’t be able to concentrate on anything else until you reach the end. 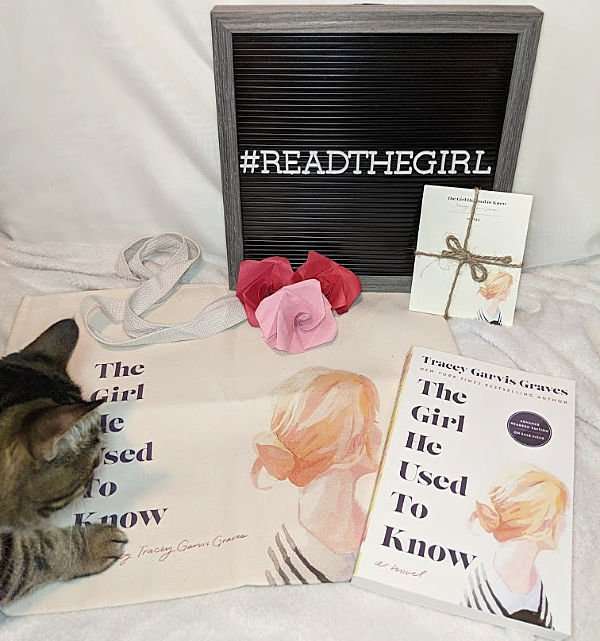 Even the cat was excited for The Girl He Used To Know!

The Girl He Used To Know

Annika (rhymes with Monica) Rose is an English major at the University of Illinois. Anxious in social situations where she finds most people’s behavior confusing, she’d rather be surrounded by the order and discipline of books or the quiet solitude of playing chess.

Jonathan Hoffman joined the chess club and lost his first game–and his heart–to the shy and awkward, yet brilliant and beautiful Annika. He admires her ability to be true to herself, quirks and all, and accepts the challenges involved in pursuing a relationship with her. Jonathan and Annika bring out the best in each other, finding the confidence and courage within themselves to plan a future together. What follows is a tumultuous yet tender love affair that withstands everything except the unforeseen tragedy that forces them apart, shattering their connection and leaving them to navigate their lives alone.

Now, a decade later, fate reunites Annika and Jonathan in Chicago. She’s living the life she wanted as a librarian. He’s a Wall Street whiz, recovering from a divorce and seeking a fresh start. The attraction and strong feelings they once shared are instantly rekindled, but until they confront the fears and anxieties that drove them apart, their second chance will end before it truly begins. 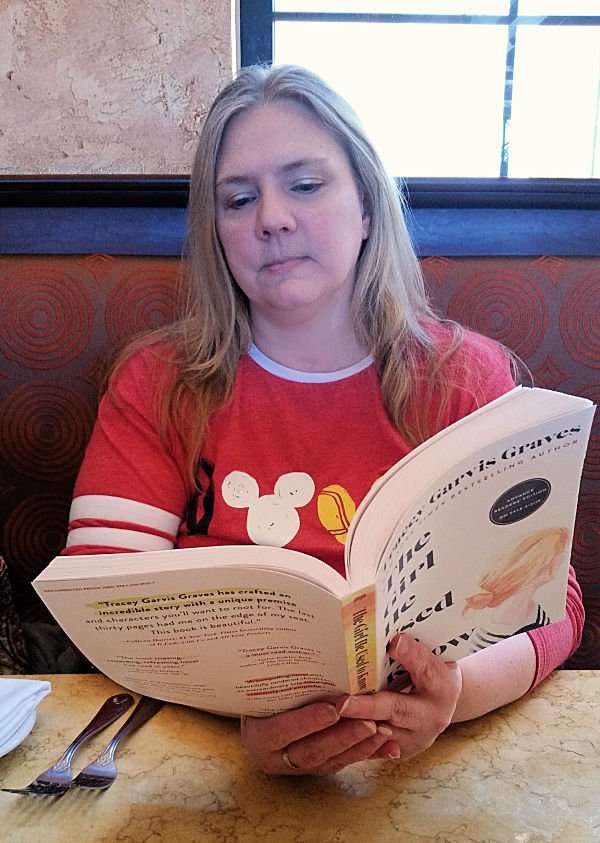 I read this book in about 4 hours. This picture is at The Cheesecake Factory just to look cute because when I was really reading it, I was in bed in my pajamas!

My review of The Girl He Used To Know

Within the first few pages, I could tell that I was going to devour this. The stage is set when Annika and Jonathan run into each other in a grocery store. The awkward tension between them is so strong that you can’t help but wonder what happened that kept them apart. And though the conversation is stilted and awkward, Annika finds the courage to ask to see Jonathan again. He agrees, and after he walks away, Annika’s desire to see him seems selfless. She wants to apologize for whatever tore them apart. Yet, in one sentence, her motivation might not seem so selfless after all. “Such is my desire to replace the memories of the girl he used to know with the woman I’ve become.”

As you read The Girl He Used To Know, you slowly find out who Annika “used to be” and how certain events impacted her through the way the story is told. The author weaves this perfect story together through Jonathan and Annika’s differing points of view as well as jumping between the present and the past.

From the first few chapters, we are given hints about Annika.  She has trouble reading facial expressions and non-verbal cues. As she begins reflecting on her time at college, she admits that her favorite places were the library, the wildlife clinic, and chess club. It’s during a chess club meeting that we find out more about Annika’s mannerisms that make her who she is. She loves formality but not competition. She loves how smooth the floor feels on her bare feet in the student union where chess club is held. 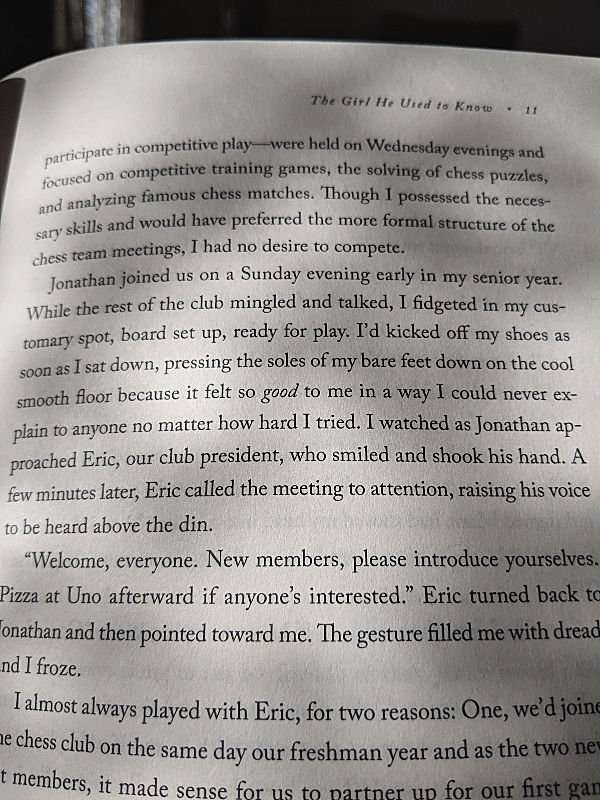 I can relate to Annika’s love of books and animals. She recalls playing out scenes from Laura Ingalls Wilder books as a child. So me. I can’t even remember how many times I read those books. Books filled a void for Annika just as chess did when her father taught her to play at age 7. And like Annika, sometimes I totally prefer animals to people. At one point Annika ponders her preference of animals to people. “…and I wondered just for a moment if I would ever feel as attached to a person as I was to the animals. And I wondered how much it would hurt if I was ever the one they had to let go.”

You can probably tell that Annika is my favorite character in The Girl He Used To Know, but I really loved the people who played a part in her life.

Janice is Annika’s college roommate who takes Annika under her wing. I don’t want to say too much about how and why she does this because it would be a little “spoilery.” But the friendship that develops between these two is truly beautiful and lasting.

Though I can relate to Annika and her need to be alone, I can also relate to Janice. One thing that my first grade teacher wrote on my report card was that I was such a good friend to a girl who came into our class later in the year. She says I “took her under my wing.” Though I don’t remember much about first grade, I know that I stayed friends with this girl until I changed schools five years later.

I took a lot of notes while I was reading The Girl He Used To Know.  That way I’d remember things I wanted to say. As I look back through them, I have nothing about Jonathan. I loved him, but I’m a girl! Maybe that’s why I didn’t stop to reflect on him as much as I did Annika. The way he treats Annika throughout the book is the way, I think, we all want someone to treat us. He is so kind and patient with Annika’s quirks. She sees the world in such a different way than he does, yet he’s not frustrated with the fact that sometimes she misses the point.

But he does become very frustrated after “the unforeseen tragedy that forces them apart.”

One of my favorite parts in The Girl He Used To Know comes after this tragedy. It is how Annika reacts to the tragedy and her mindset in the months following that lead to their breakup. It’s the turning point in the story.

“The veil of depression that descended upon me was heavy, dark black, and suffocating. I did not leave my bedroom other than to attend my follow-up medical appointments, and only then because my mother threatened to have my dad physically place me in the car. The hospital had sent us home with a bottle of pain pills and I’d watched my mother put them in the cupboard when I said I could manage my pain without them. I could go into the bathroom and open that cupboard and swallow all of them. A sleep that would top all the others. Permanent. I spent two whole days thinking about it. Turning it over in my mind. It would be so easy! It probably wouldn’t even hurt.”

No. I’m not going to tell you what happens because you NEED to read this book yourself. I will tell you that when you get to the final 40ish pages, you are not going to be able to breathe. I read these pages while I was shaking. It’s probably the fastest I’ve ever read 40ish pages in my life! Trust me when I say, you’re going to feel the same.

I’ll wrap this up with this quote from Annika’s mom. “You have wonderful gifts to offer people, Annika. You are honest and loyal. Not everyone will appreciate that, and there are people who will dislike you anyway. Life isn’t easy for anyone. We all have challenges. We all face adversity. It’s how we overcome it that makes us who we are.” This. We can be kind and smart and offer friendship openly, but there are going to be people who dislike us anyway. No, life isn’t easy. But the things that we go through in life and how we get through those things make us who we are.

The Girl He Used To Know is a must read, and you can find all of the book’s order links on this page. 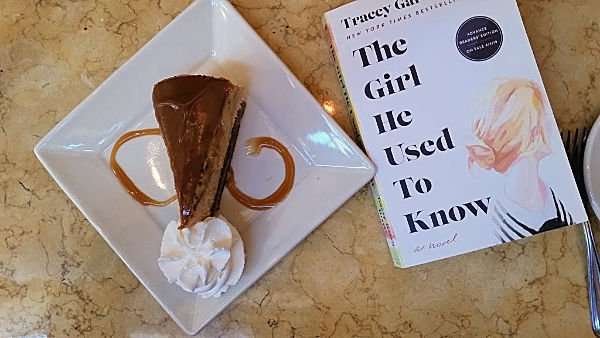 And here’s my cheesecake…The Girl He Used To Know is even better than cheesecake!

Enter to win a copy of The Girl He Used to Know and a book themed tote! US only ages 18+ 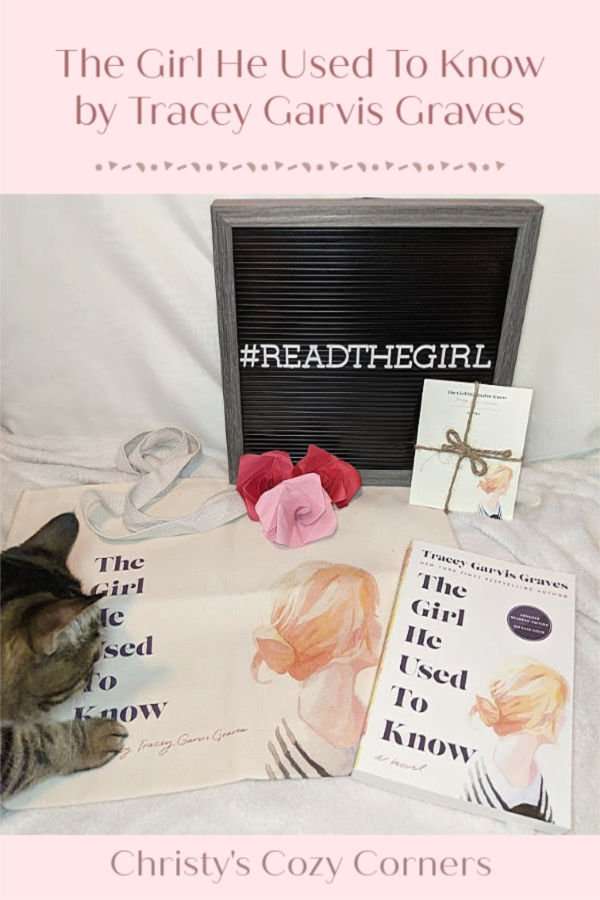 Thanks for sharing!
« Take an Unplugged Vacation: How Social Media Use Affects Family Vacations
Let Your Eyes Do the Talking »