You are here: Home / Entertainment / Star Wars The Rise of Skywalker Teaser Trailer Reaction and Breakdown
Thanks for sharing!

Hi guys! It’s Molly. I’m back because, after 483 days of waiting, we finally have a trailer AND a title for Star Wars IX.

I’ve barely recovered from the last Avengers: Endgame teaser, and now Disney does this to me?

Star Wars The Rise of Skywalker

I’m sure you’ve seen the trailer already but if you haven’t (or you want to watch it again, because, hey, we’ve waited over a year for this) you can watch it below!

Mom recorded this STAR WARS: EPISODE IX: THE RISE OF SKYWALKER reaction video, which you can watch below if you would like. I don’t do reaction videos, but just picture my expression frozen in a look of awe mixed with shock, followed by an inability to express all of the feels, and you have a good idea of my reaction to this magnificent beauty.

Okay, okay, deep breaths. For a 2 minute video, Disney managed to pack a lot into this first teaser trailer. So let’s break it down (and fangirl/boy) together.

First, we see Rey as we met her, in the middle of a dessert, dressed in her iconic tunic with her three-bun hairstyle. Except instead of her staff, she now has the Skywalker lightsaber. The question is, what is going on in this scene? Is she here on purpose? Is she stranded? Is she running from Kylo Ren, only to be caught and realize her only option is to face him here and now? Has she lured Kylo Ren here?

Here are my thoughts: Rey is training with Kylo Ren. She looks focused, like when she trained with Luke on Ahch-To. Luke’s voice-over about “passing on all we know” also lends itself to this theory. Not to mention, she turns her back to Kylo’s ship after she sees it coming. She doesn’t look scared; she looks determined. We know from The Last Jedi that she and Kylo have this bond, and the end of Episode VIII left us wondering what was next for these two characters. It might just be that I am a total Reylo fan, but I think the two of them are training together.

Next, we see see Kylo Ren (other than his hands, which we saw in the first scene). He’s fighting somebody clad in dark clothes? WHO? And what’s happening with his mask? Where did this mask come from? We know he smashed his mask to bits after his encounter with Snoke in TLJ, so is this the same one (with repairs), does he have a second one made, or did he just happen to have a collection of masks? It kind of looks like someone is repairing the old mask, but why? (Especially since he isn’t wearing it in the fight scene we glimpse.)

Here are my thoughts: We know from a leaked poster that the Knights of Ren are finally going to make an appearance, so could it be that the cloaked stranger is one of the Knights? This would also lend itself to my theory that he and Rey are training together in the very first scene of the trailer. Again, it could just be that I am a huge Reylo fan (and I am DYING for a Ben Solo redemption!) but I think there is a very good chance that Kylo does turn in this film.

What are Finn and Poe doing? Are they on the same dessert planet as Rey and Kylo Ren in the first scene? Are they here looking for Rey, or are they here with her? And is Finn holding Rey’s staff, or is it a weapon of his own? We also catch a glimpse of BB-8, as well as a new droid, D-0. And, finally, we reach the next part of the trailer where I freaked out: Lando Calrissian is again in the Falcon’s pilot seat, and Chewy is right there with him.

Here are my thoughts: I actually don’t have any theories about this part of the trailer. All I can say is “I CAN’T WAIT TO JOIN THIS ADVENTURE.”

Here Comes the General! (Rise Up!)

Here are my thoughts: I’m not going to be able to handle this scene. Pack lots of tissues.

And finally, we get to the end of the trailer. I knew to expect something shocking at the end, especially seeing THE DEATH STAR (can we talk about the spooky atmosphere?). But I was not expecting the return of a long-dead laughter from the void. “No one’s ever really gone.” Thanks a lot, Luke!

Here are my thoughts: I really don’t know what to think about the return of Palpatine. I was kind of thrown when we found out (spoiler) that Darth Maul survived at the end of SOLO: A Star Wars Story (though I’ve heard this was already know from the cartoons?). So is Disney taking a page from their own book and actually resurrecting this old baddie? Or is it something else? I am totally on board the theory that Kylo Ren and Rey are reincarnations of Anakin Skywalker and Padme, and that they will be the ones to, in Kylo’s words, “Finish what you [Darth Vader] started,” so I think it would be fitting that they get to face down Palpatine together. But I guess we will have to wait another 8 months (8 months???) to find out. 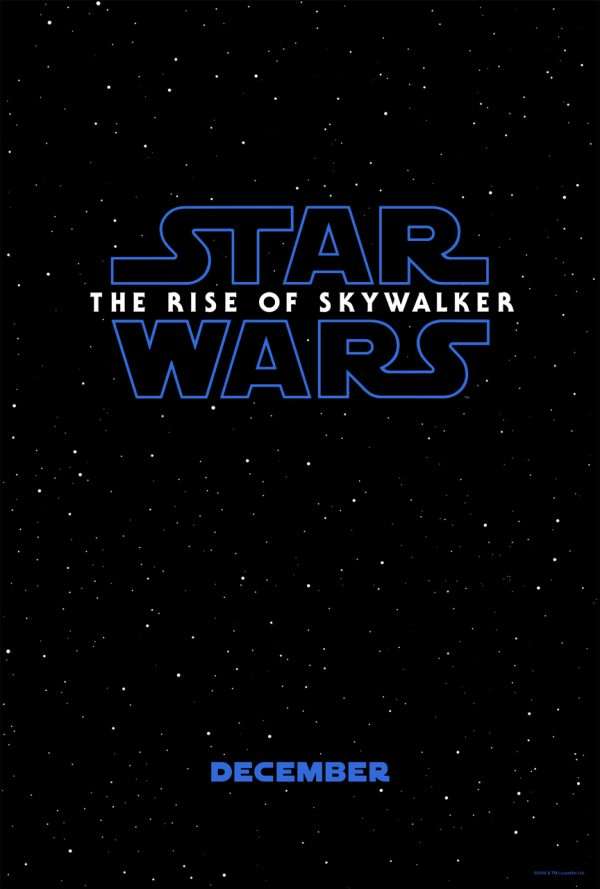 In addition to our first teaser trailer, we also finally got a title for STAR WARS: EPISODE IX: RISE OF SKYWALKER. “Skywalker,” NOT “Skywalkers.” Now this begs the question, which Skywalker? If Leia dies in this movie, Ben Solo will technically be the last Skywalker. Does this mean he will have his redemption arc, and take on his grandfather’s original name as he continues his legacy? However, with Luke’s voice-over, I’m wondering if he will play a major role in the film, so is he the Skywalker? On the other hand, if the theory about Kylo Ren being a sort of reincarnation of Anakin is true, does “Skywalker” refer to the original Skywalker? Honestly, the more I think about it, the more intrigued I am! I cannot wait to see how this title’s namesake plays out!

Thanks for sharing!
« Ways to Help Strengthen Your Relationship With Your Child
Planning a Trip to New York City: What Should You Do on the First Day? »