You are here: Home / Entertainment / Descendants 3 | Review and Remembering Cameron Boyce
Thanks for sharing!

The highly anticipated Disney Channel Original Movie, DESCENDANTS 3, continues the contemporary saga of good versus evil as the teenage daughters and sons of Disney’s most infamous villains – – Mal, Evie, Carlos and Jay (also known as the villain kids or VKs) — return to the Isle of the Lost to recruit a new batch of villainous offspring to join them at Auradon Prep. 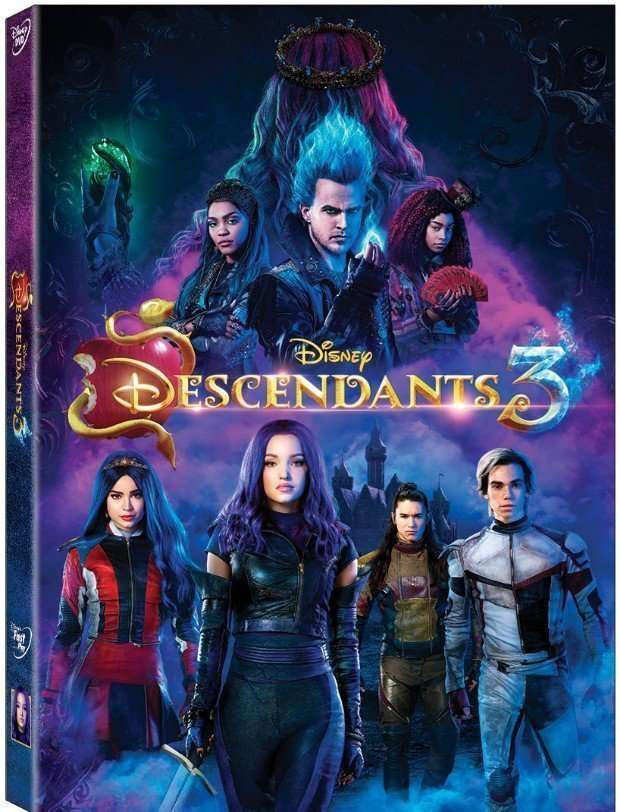 When a barrier breach jeopardizes the safety of Auradon during their departure off the Isle, Mal resolves to permanently close the barrier, fearing that nemeses Uma and Hades will wreak vengeance on the kingdom. Despite her decision, an unfathomable dark force threatens the people of Auradon, and it’s up to Mal and the VKs to save everyone in their most epic battle yet.

DESCENDANTS 3 is a satisfying conclusion to the trilogy that began with the original DESCENDANTS movie back in 2015. Our VKs have come such a long way from both the first and second movies. I love that we got to watch the VKs evolve as characters over the course of these three movies, learning lessons about love, family, friendship, and what that line between good and evil really means. I love a good redemption story, and the DESCENDANTS trilogy definitely leaves me satisfied. 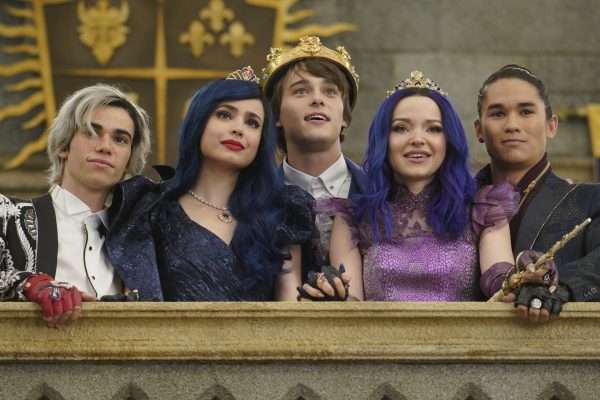 So what’s new? Mal has finally learned that her status as a VK does not mean she’s evil, and that that’s okay; she’s still Mal. She’s still got a heart of gold. She’ll still do everything she can to keep her loved ones safe. But our purple-haired protagonist hasn’t got it all figured out. Her desire to keep everyone she cares about safe leads her to the tough choice of closing the barrier between Auradon and the Isle of the Lost for good, putting her at odds with the rest of the VKs and even Ben, who still dream of a world where the VKs and heroes can coexist in peace. 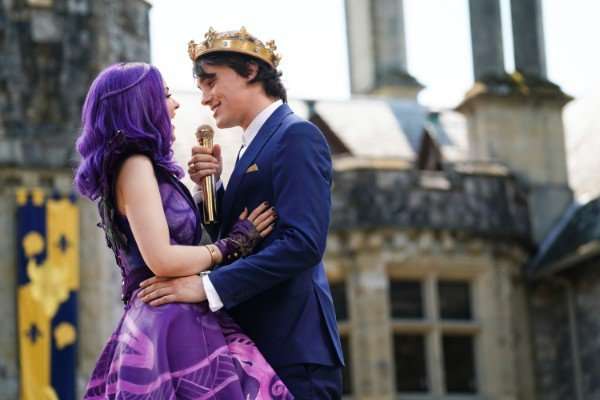 I love that even though Mal has learned it’s okay she’s not evil anymore, she still struggles with her new identity. Instead of fighting for the VKs, she turns her attention to fighting for her new home. She’s fighting to preserve what she and her friends have found on Auradon, and she thinks closing the barrier is the best way to do that. She’s doing what she thinks is right, and eventually learns whether or not she made the right choice through the course of the movie (you’ll have to watch to find out, though!). Mal has come such a long way since the original DESCENDANTS, but that doesn’t mean she has it all figured out. 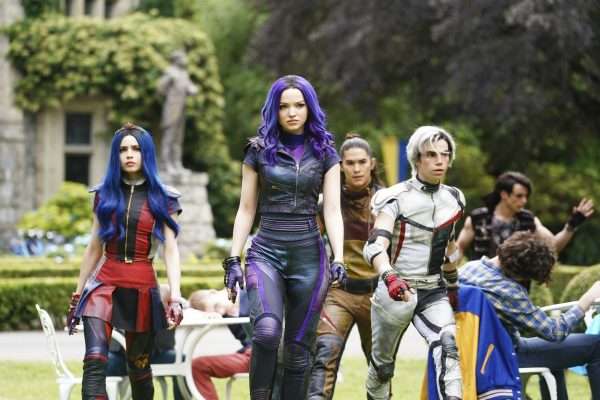 Mal is not the only character to change and grow throughout DESCENDANTS 3, however. Of course there are the other VK’s: Evie, Carlos, and Jay. We see the return of Uma and her crew. And then there’s Audrey, Ben’s ex-girlfriend who always dreamed of being queen. And let’s not forget about the new big bad, Hades. I love that we get to watch these characters develop along with the theme of what that line between good and evil really means.

Whatever you’re expecting from DESCENDANTS 3, it’s going to surpass those expectations. With the lovable cast, new and fun songs and choreography, and a happily ever after ending (but for who, I won’t say!), DESCENDANTS 3 really is a great conclusion to a great trilogy.

Be sure you visit Disney online now because they’ve got lots of great DESCENDANTS 3 things on the site! 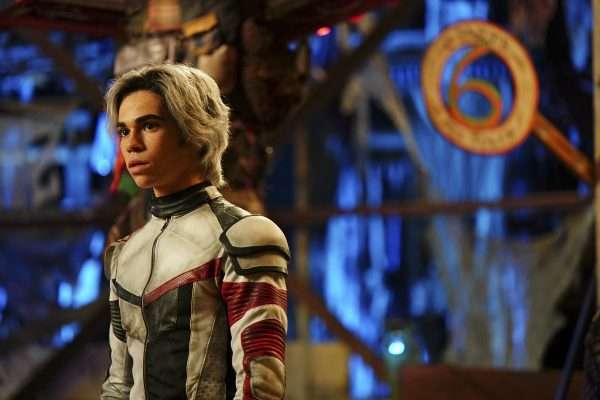 As a mom, it is very hard for me to imagine losing one of my children. I wonder how I would go on. As soon as I heard about Cameron Boyce’s death, my thoughts went right to his mom. My children are 24 and 21, and Cameron was 20. He was so young. I remember watching Cameron Boyce on Jessie. I think we started watching Jessie because Debby Ryan had been on The Suite Life on Deck, and we watched that. We watched The Suite Life on Deck because…you guessed it…we watched The Suite of Zack and Cody.  Those Disney Channel shows will always bring back great memories of being with my kids when they were younger.

Molly was 10 and Kyle was 7 when The Suite Life of Zack and Cody was on Disney Channel, so they were teenagers when Jessie started. It didn’t matter! These shows were fun shows, and I loved that Molly and Kyle still wanted to watch Disney Channel with me. Cameron Boyce was such a great actor, and I’ll always remember him from Jessie as well as the DESCENDANTS movies. If your kids are little and never watched Jessie, make sure you introduce them to that, especially if they’re big DESCENDANTS fans. Introduce them to the other “older” Disney Channel shows. They’re so good, and your kids grow up so quickly. Cherish every moment. 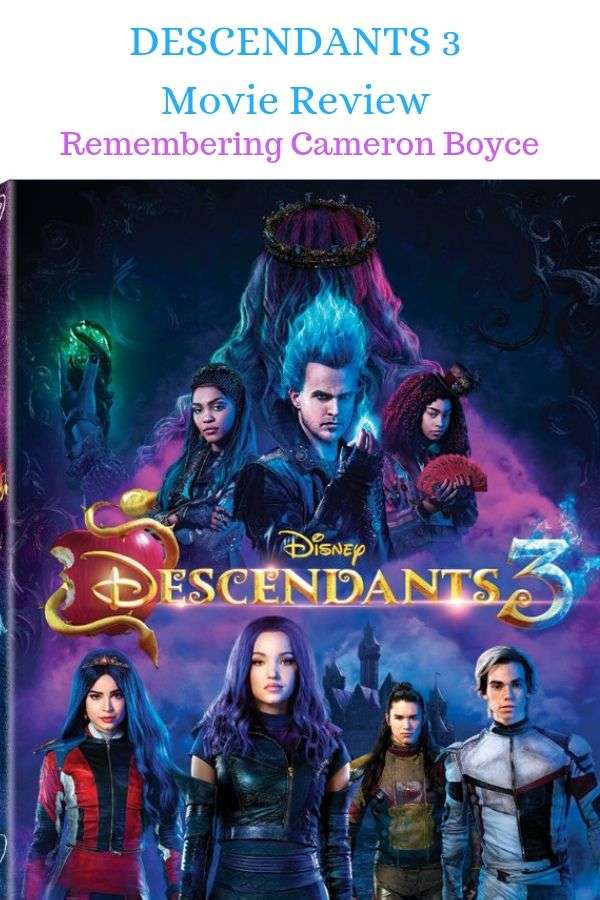 Thanks for sharing!
« Impressive and Fun Facts about Wine
How to Hide Your Cat’s Litter Box in Creative Ways »