You are here: Home / Books / Ever Alice by H.J. Ramsey Book Tour
Thanks for sharing!

Welcome to the Book Tour for Ever Alice by H. J. Ramsey. I have an excerpt from the book here on today’s stop. 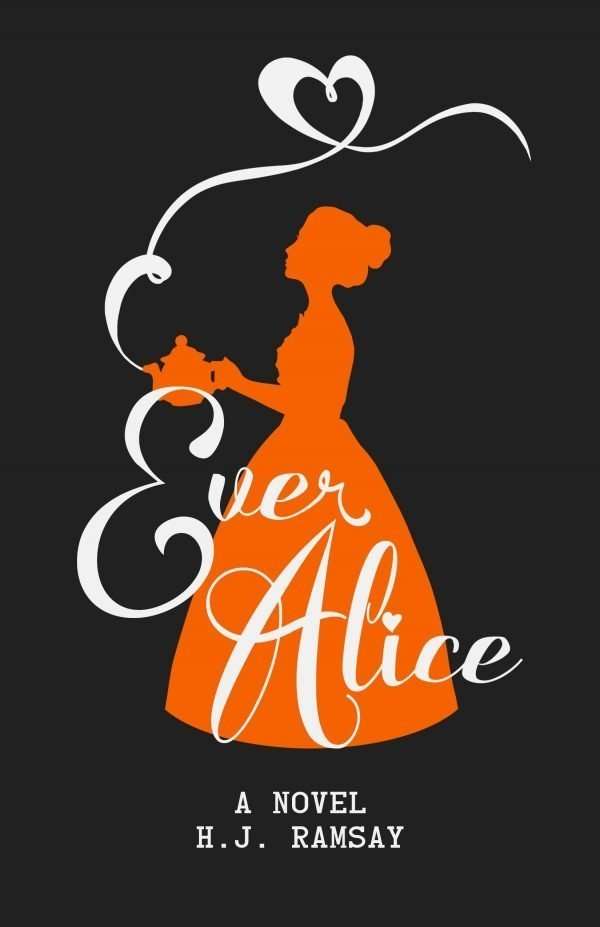 Ever Alice follows 15-year-old Alice’s life in an insane asylum, as she desperately tries to prove that the adventures she experienced in Wonderland were real. When she finally begins to accept her diagnosis as “mad,” the White Rabbit brings her back down the Rabbit Hole to have her kill the Queen of Hearts, who is beheading anyone she deems suspect as a traitor, including her most beloved and trusted allies. But Alice isn’t the same young girl she once was, and with love, scandal, and curiosity following her into Wonderland, she must decide if she’s truly the hero everyone thinks she is.

Praise for the book

“The book is smart in its movements forward—maintaining its suspense, forwarding intriguing adventures, and even including additions like ghosts. The queen herself is a compelling villain, painted as unpredictable and surrounded by characters whom she cannot trust, including her maidservants and family. The tension around her heightens interest, particularly as cases of theft and death in the castle increase. The book’s revelations are continually surprising … Ever Alice is an enthralling take on a classic story.” Clarion Review

With whimsy and humor, H.J. Ramsay drops Alice—and readers—back down the rabbit hole to Wonderland for a new adventure in Ever Alice, an imaginative narrative continuing the adventures of Lewis Carroll’s young protagonist and the fantastically strange world she discovered … In all, this is a rabbit hole well worth tumbling into. BlueInk Review

Ever Alice Chapter One

Alice stared at the spoonful of red syrup. It may as well have had a note saying, “Drink me.”

Alice took the medicine into her mouth and let it pool under her tongue while she made a show of swallowing. The taste of nutmeg and something metallic, almost like blood, made her eyes water.

“That’s a good girl,” the nurse said. She wiped the spoon, capped the bottle, and left the room.

Alice waited until the nurse’s steps faded into the symphony of shrieks and moans that always rang down the hallway, and then she spat the medicine in the sink before her thoughts could curdle like an overheated custard.

She wiped her mouth on her sleeve and reached under the bed, wiggling the loose floorboard. Her tattered notebook lay in a cavity between the joists. She dusted off the cover and flipped past her drawings and recollections until she came to a fresh page.

Her hand itched to fill it, but she waited with her eyes closed. At last, he came to her, like he always did. She drew the White Rabbit, a timepiece in his paws, the chain dangling from his waistcoat pocket.

Lilly of the Valley 11, Year of the Queen

A light drizzle misted the air while the drummers played “March-O Death-O.”

Rosamund, the Queen of Hearts, tapped her fingers to the beat.

Of course, Rosamund wouldn’t have expected anything else. All ways were her way, and whatever way she wanted, she generally got, even if only in the end.

Her perch on the tower balcony gave her the best view of Thomas as her guards led him to the block. Her lips melted downward when she saw the proud expression on Thomas’s face.

Rosamund wanted Thomas to look afraid, pathetic even, but he appeared exalted, as if he were walking to his coronation, not his death. It would be better if he acted a little remorseful, but that was Thomas’s problem—he never did what she wanted.

She bit her lip until she tasted blood. Tears sprang to her eyes, and Rosamund dabbed them ceremoniously with her handkerchief. She glowed with satisfaction as her people followed suit, shaking their heads and giving her their bravest faces.

Rosamund forced more tears to flow until she could taste them. She took a breath as the drummers rattled out a long, steady beat that reminded her of a purring cat.

She hated cats, but that didn’t concern her at the moment.

The traitor stopped before the block, and the drumming ceased. A dreadful calm lingered in the air. Slowly, he dropped to his knees and rested his chin on the chipped stump.

Thomas’s eyes flashed toward her.

She expected to see anger in them, perhaps even hatred, but there was only pity.

The executioner raised the axe and the drummers started a low and steady roll.

The axe sliced through the air, and his white head dropped into the basket in a baptism of blood. No one turned away. Not even as Thomas’s legs twitched on the ground. They watched her, waiting for what she’d do next. She draped a black veil over her face.

“Lower the drapes,” Rosamund said to a palace servant. “I am a widow today.”

Thanks for sharing!
« Things To Do Before Heading On Vacation
Challenges of Buying Prefab Fireplace Doors »