You are here: Home / Books / Dead in Dublin (The Dublin Driver Mysteries) Guest Post
Thanks for sharing!

Welcome to the Great Escapes Virtual Book Tour for Dead in Dublin: A Dublin Driver Mystery by Catie Murphy. My stop includes a guest post from the author. 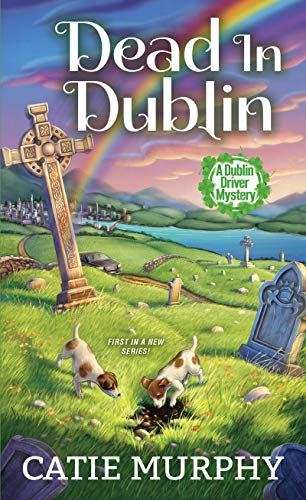 In Dublin’s fair city, where the girls are so pretty, murder occurs at the feet of sweet Molly Malone . . .

Ferrying tourists around Dublin for the Leprechaun Limo Service makes quite a change after years in the military. Still, Megan Malone is enjoying her life in Ireland. She likes the scenery, the easy pace, the quirky, quick-witted locals. Everything—except having one of her clients drop dead at the statue of fabled fishmonger, Molly Malone.

Most restaurant critics notch up their share of enemies. Elizabeth Darr, however, was a well-loved international star. She and her husband, Simon, had just had dinner when Elizabeth collapsed, and spoiled seafood is the first suspect. The restaurant’s owner, worried her business is doomed, begs Megan to look into it. Between her irate boss and a handsome Garda who’s both amused and annoyed by her persistence, Megan has her hands full even before she’s cajoled into taking care of two adorable Jack Russell puppies (which she is almost definitely not keeping). But if cockles and mussels aren’t to blame, can Megan find the real culprit . . .before another fishy death occurs?

Thanks to author Catie Murphy for providing this guest post!

This morning someone asked me where I get my ideas.

It was the owner of my favourite cafe in Dublin (Accents Cafe & Lounge, which is featured in DEAD IN DUBLIN!), and he’s got a copy of the book, and everybody who works there is pretty thrilled to have, like, genuine published authors who claim it as their writing-base-away-from-home (there are several of us who hang out there enough that the staff apologizes when we come in and somebody is in “our” corner). We chat with the staff about what we’re working on, and how it’s going, and they have questions, because although I often forget since so many of my friends are writers, being a professional writer is not a usual job, and people always want to know more.

So he asked where I get my ideas. And then he looked sort of embarrassed and said, “Everywhere, I suppose,” which is, of course, completely true.

The Dublin Driver Mysteries were basically my husband’s idea—just the idea of a limo driver whose clients got killed or tangled up peripherally in murders/mysterious deaths, leaving the driver to navigate her way in and out of mysteries was enormously appealing, so I worked up a pitch for it and sold the series. (My husband is also responsible for the kernel of my long-running, best-selling urban fantasy series, The Walker Papers—someone once asked me what I’d be doing if I hadn’t married him, and I said with perfect honesty, “Writing different books.”)

I think, though, that the question isn’t so much where you get the ideas, as what you do with them. The Dublin Driver Mysteries are absolutely full of my personal experiences as an incomer to Ireland; I, like my main character Megan Malone, am an American with an Irish-born grandfather, which has allowed me to easily emigrate to the Emerald Isle, and believe me, there’s nothing quite like moving to a country where it turns out you’re badly divided by a common language.

For example: I make jams and jellies as a hobby. Recently an Irish friend posted on Twitter to ask if lime would keep her jelly from setting up. “No!” I said brightly. “Lime, like lemon, should help it set brilliantly!”

An hour later, she reported that her jelly had not set up. I was honestly bewildered. Then, slowly, as I read through post-jelly-failure conversation with another Irish person, I realized that she was not talking about what an American thinks of as jelly.

She was talking about Jell-O. Which they call ‘jelly’ here. Which I know, because I have lived here for 14 years, and which I will never, ever remember. (Actually, after this particular disaster, I might remember. :))

Much chastened, I confessed that I had been entirely wrong, and that lime juice would definitely not help Jell-O set up at all. :}

Although Megan doesn’t make jam (at least, not as far as she’s let me know), one of the enormously fun things about writing the Dublin Driver books has been tackling language differences like that. (I think my sister’s Pants Incident made it into DEAD IN DUBLIN, for example.) Finding the balance between explaining the cultural and linguistic differences and not getting bogged down in it was a high-wire act, and for me, that’s part of the fun.

Showing international readers the city I’ve moved to is another part of what makes taking an idea and developing it as something of your own fun for me. Google will show us more intimate details of cities we’ve never been to than even the locals know, sometimes, but it won’t tell you what Dublin smells like when the wind changes and the Guinness brewing factory in the Liberties sends the scent of hops through the whole south side of the city. It won’t startle you on a street corner when a Viking Tours amphibious vehicle goes by and all the people in it roar in tandem, and it’ll never capture the absolute absurdity of being approached by a hen (bachelorette) party who have a list of things to do which include “pretend to be singing street performers & get someone to give you money”.

And those things, for me, are what lie beneath the simplicity of ‘the idea’, and ‘where do you get your ideas’? Ideas are everywhere. It’s what you do with them that counts, and I sincerely hope you enjoy what I’ve done with the Dublin Driver Mysteries idea as much as I’ve enjoyed exploring it myself! 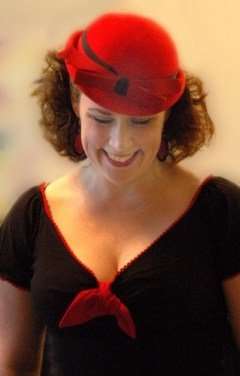 Catie Murphy, who has written numerous award-winning fantasy and Sci-fi books under the pseudonym C. E. Murphy, began writing around age six, when she submitted three poems to a school publication. The teacher producing the magazine selected (inevitably) the one she thought was by far the worst, but also told her—a six-year-old kid—to keep writing, which she has.

She has also held the usual grab-bag of jobs often seen in an authorial biography, including public library volunteer (at ages 9 and 10; it’s clear she was doomed to a career involving books), archival assistant, cannery worker, and web designer. Writing books is better. She was born and raised in Alaska, and now lives with her family in her ancestral homeland of Ireland.

3 print copies of Dead in Dublin (US)

The Power of Words – REVIEW