You are here: Home / Entertainment / Sundance Now’s January Line-up
Thanks for sharing!

Get ready for a month filled with stars, amazing performances, and amazing shows on Sundance Now. Keep reading for Sundance Now’s January Line-up.

Sundance Now is thrilled to announce its star-studded January slate, featuring the exclusive U.S. Premiere of the French mystery THE RED SHADOWS on Thu., Jan. 23, more episodes of WISTING and the Streaming Exclusive of enthralling docuseries THE PREPPY MURDER: Death in Central Park on Tue., Jan. 7 (Trailer). Additionally, the thrilling conclusion of THE GULF premieres on Wed., Jan. 8.

· Historical films DIANA about the last years of Princess Diana’s life, starring Naomi Watts; and FRANTZ about a WWI widow mourning her husband and the remorseful soldier who killed him

· Indie films KEEP THE LIGHTS ON and STARLET

· Enticing documentaries PHOTO: A History Behind the Lens and CHARLOTTE RAMPLING: The Look

CATCH ME IF YOU CAN

The Academy Award-, Golden Globes- and BAFTA-nominated film based on a true story that follows Frank Abagnale (Leonardo DiCaprio), who, before his 19th birthday, successfully performed cons worth millions of dollars by posing as a Pan American World Airways pilot, a Georgia doctor and a Louisiana prosecutor, while being pursued by a seasoned FBI agent (Tom Hanks). Also starring Christopher Walken, Martin Sheen, Amy Adams and James Brolin. (2002)

UP IN THE AIR

The Academy Award-nominated and Golden Globe- and BAFTA Award-winning film starring George Clooney as Ryan Bingham, a man who enjoys living out of a suitcase for his job, travelling around the country firing people. He finds that lifestyle threatened by the presence of a potential love interest (Vera Farmiga) and a new hire (Anna Kendrick). Also starring Jason Bateman, J.K. Simmons, Sam Elliott, Danny McBride, Zach Galifianakis and Melanie Lynskey. (2009) 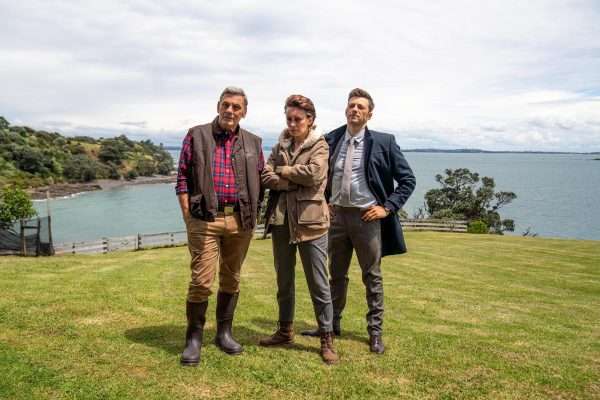 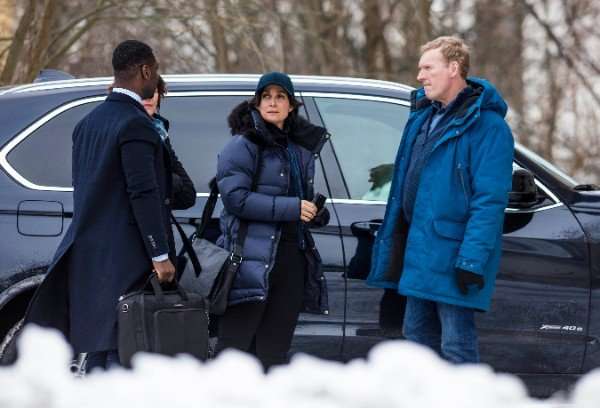 “A sure winner” – Jyllands-Posten

KEEP THE LIGHTS ON

In Manhattan, filmmaker Erik (Thure Lindhardt, Angels & Demons, Fast & Furious 6) bonds with closeted lawyer Paul (Zachary Booth, Nick and Norah’s Infinite Playlist) after a fling. As their relationship becomes one fueled by highs, lows and dysfunctional patterns, Erik struggles to negotiate his own boundaries while being true to himself. (Film, 2012) 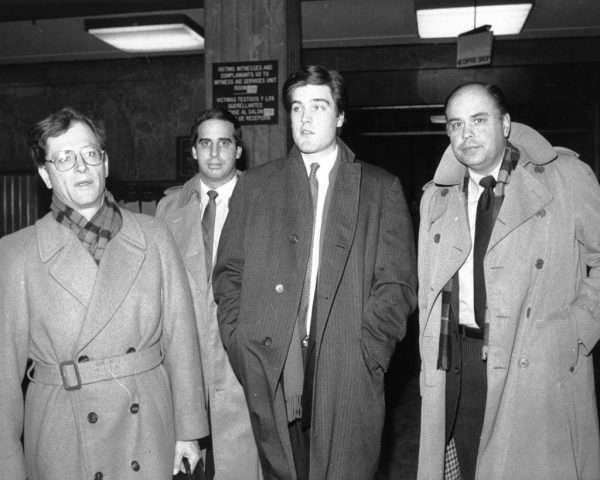 “A solid and thorough recounting of the crime” – The Hollywood Reporter

A definitive and fascinating look at the notorious 1986 murder of Jennifer Levin in Central Park. The search for her killer leads to her prep school friend Robert Chambers. Featuring exclusive interviews and never-before-seen archival material.

The investigation finally falls into place and D.S. Justin Harding (Ido Drent, Ash vs. Evil Dead) steps up. Ruby (Timmie Cameron) has the final piece of the puzzle, but someone else knows Jess’ (Kate Elliott) secret.

Line’s obsession with the Viggo case leads to a fight with her father Wisting. With the press hot on their heels, Wisting and the FBI discover more corpses, as pressure mounts to catch the serial killer. FBI Agent John (Richie Campbell, Liar, Vanity Fair) makes a mistake, which will have grave consequences.

Academy Award-nominated film following Ove (Rolf Lassgård, Downsizing) an ill-tempered, isolated retiree who spends his days enforcing block association rules and visiting his wife’s grave, has finally given up on life just as an unlikely friendship develops with his boisterous new neighbors. (2015)

Robert confesses he killed Jennifer Levin accidentally during rough sex. His mother hires a high-profile attorney who says Jennifer was the aggressor.

The Viggo and Godwin case cross paths and the hunt for the serial killer intensifies as Wisting’s worst nightmare becomes a reality.

PHOTO: A History Behind the Lens

Break down the elements of photography with Photo, which takes an inside look at the creative process as it plays out between the imagined and the real. By examining the role of European and American pioneers, this series explores the development of photography from its beginnings to recent times. (12 EPS, 2013)

Starlet explores the unlikely friendship between 21-year-old aspiring actress Jane (Dree Hemingway) and elderly widow Sadie (Besedka Johnson) after their worlds collide in California’s San Fernando Valley. Jane spends her time getting high with her dysfunctional roommates and taking care of her chihuahua Starlet, while Sadie passes her days alone, tending to her garden. After a confrontation at a yard sale, Jane finds something unexpected in a relic from Sadie’s past. Her curiosity piqued, she tries to befriend the caustic older woman. Secrets emerge as their relationship grows, revealing that nothing is ever as it seems. (Film, 2012)

A biographical study of legendary actress Charlotte Rampling told through her own conversations with artist friends and collaborators. Intercut with footage from some of Rampling’s most famous films, this “self-portrait through others” is a revealing look at one of the most iconic screen stars. (Documentary, 2011)

Robert’s “preppy” persona begins to crumble. When the Church steps in to support Robert, he is released on bail.

Just as Wisting is hailed a national hero for solving The Caveman case, he faces accusations of evidence tampering in a previous murder case, leading to Vidar Haglund’s potentially wrongful conviction. Line tries to keep her father out of the headlines, by chasing a news story on a recent murder.

Set in Germany and France in the immediate aftermath of the WWI, Frantz is about a young German woman (Paula Beer, Bad Banks) whose fiancé was killed in trench warfare and the remorse of the French soldier who killed him (Pierre Niney, Yves Saint Laurent). (Film, 2016)

The media jumps on the defense’s strategy to make Jennifer seem fast and loose. The prosecution works to establish motive.

Internal Affairs investigate Wisting, and following his suspension, Torunn (Kjersti Sandal, Struggle for Life) heads the investigation into the disappearance of a young woman. Line runs into an old flame while working on her Ravneberg story.

The return of Clara unravels family secrets and triggers a series of violent events. Aurore receives DNA results that say Clara is only her half-sister.

From AMC Networks, Sundance Now is for culture craving TV watchers looking for their next series to obsess over and offers a rich selection of original and exclusive series from engrossing true crime to heart-stopping dramas and fiercely intelligent thrillers from around the world, all streaming commercial-free. Exclusive new programs are added every week.

Thanks for sharing!
« Star Wars: The Rise of Skywalker Review (Spoilers!)
3 Things Owners Don’t Tell You About Getting A Puppy »