You are here: Home / Books / Shadow and Stone by Melissa Wright Book Blitz
Thanks for sharing!

Welcome to the book blitz for Shadow and Stone by Melissa Wright. Celebrate the release of this book with a special sale below! 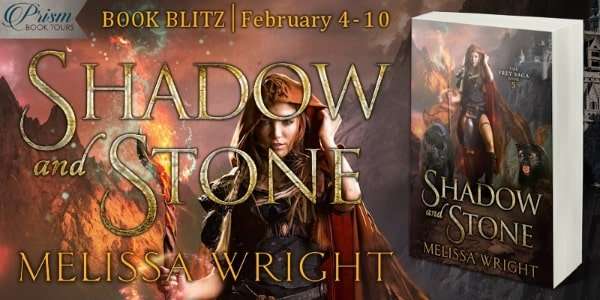 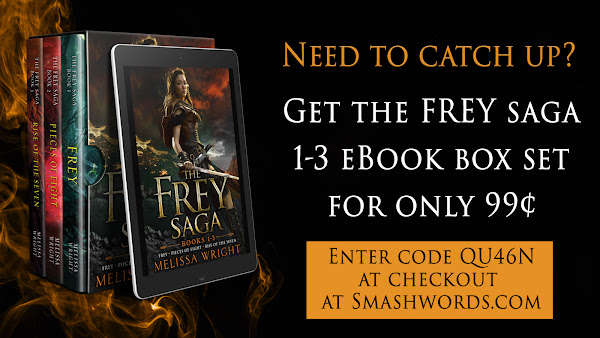 Go to Smashwords HERE and enter QU46N at checkout to grab the first three books for only 99¢! 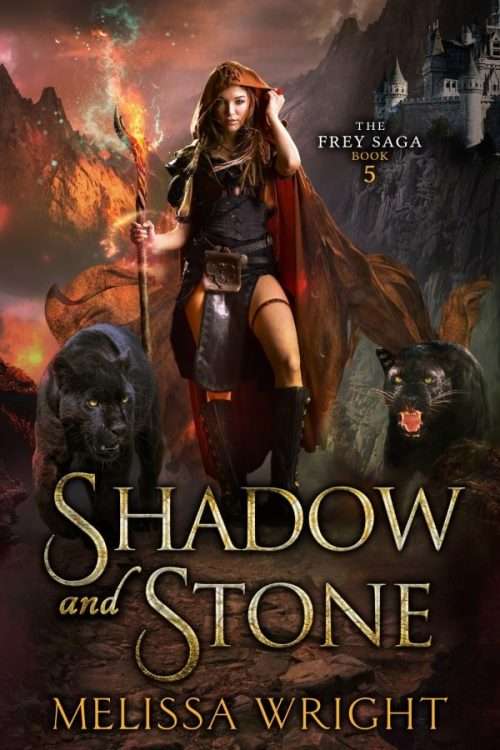 After a perilous clash with the fey, the changeling who betrayed the paramount of their laws–and threatens the safety of both realms–has gone into hiding. As Frey and her Seven recover, concealed plans and furtive bargains begin to unravel, putting in danger their old guard and new.

Scattered and healing, those sworn to protect the North and its lord work to secure their footing. They are running out of time to cure the darkness poisoning the fey lands, before it overflows into the rest of the realm. But Ruby has gone missing, and this time it seems of her own accord.

They’re out of time.

If they don’t stop her, she’ll face the deadly changeling alone. But more forces are at play than it seems, and the fey lord confined on his lands by treachery and two half-human elves has made a bargain of his own.

This post contains affiliate links. If you make a purchase, I may receive compensation at no cost to you.
Goodreads | Amazon | Barnes & Noble | Smashwords

Guest Post: What You Need to Know About the Frey Saga

New to The Frey Saga? Check out what you need to know to jump into this world of magic, elves, and fey. (Warning: this post containers spoilers for the first three books.) 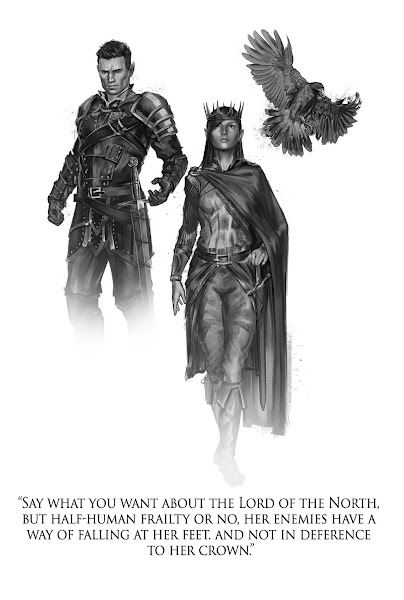 Magical energies are divided into light, dark, and that of the fey. These energies to do not play well together (and neither do their owners).

Freya, Lord of the North and the Dark Elves’ Kingdom, is a halfbreed. She’s not only able to use the magic of both the light and dark energies, but she’s also half human–a weakness as far as any of the North are concerned. Freya has managed to keep her throne despite that though, in no small part due to her rare ability to control animals. She’s been known to use birds of prey, wolves, and mountain cats, and readers can expect a few larger beasts as her talent grows.

It depends on who you ask. Light elves oppose the methods of the dark and dark elves the light, but both hate the fey. The fey court is headed by the fey lord Veil, whose power is strong enough to shift the seasons. Veil—like all fey—engages in dangerous games and relies heavily on deceit and trickery. 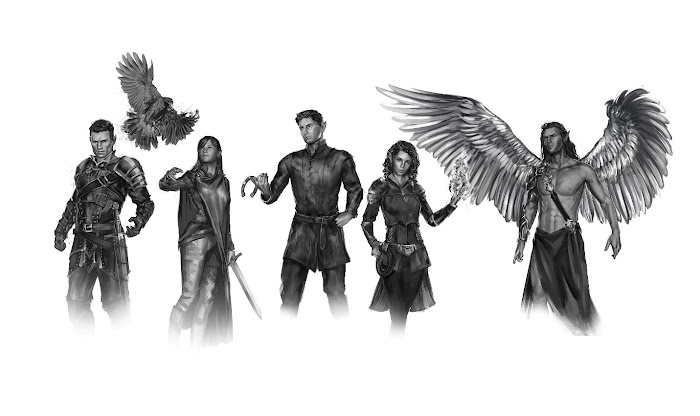 Frey’s high guard is known as the Seven, a once ragtag band of elves turned warriors including a halfblood fey, her horse trader brother, the strongarm, the wizards, the quick one, and the brooding hero/love interest: Chevelle. 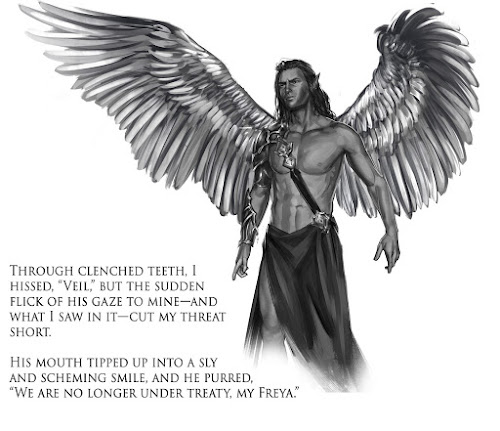 The story so far

After meddling with powers and making deals with the fey, Frey’s predecessor was removed as Lord of the North. A great many lives were lost in the battles that followed, including Frey’s mother, and as heir to the throne Frey has much work ahead of her to set things to right. She’s finally settled into her place as ruler and her Seven and guard are loyal and true, but a darkness was set free during that meddling that threatens not only her people, but all elves and fey.

In The Frey Saga Book V: Shadow and Stone, Frey faces her biggest challenge yet. A deadening of magic is spreading through the kingdoms and one of her Seven has gone missing. As fey treacheries and past secrets unravel, Frey’s duty as Lord might force her into a bargain that could destroy them all. 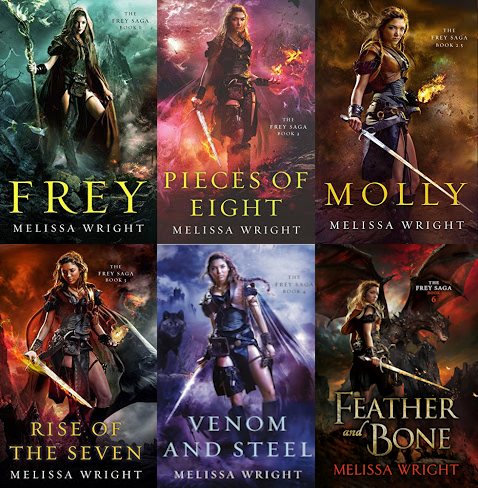 Melissa is the author of the Frey Saga, Descendants Series, and Shattered Realms. She is currently working on the next book, but when not writing can be spotted collecting the things she loves at Goodreads and Pinterest. Contact her through the web at www.melissa-wright.com. 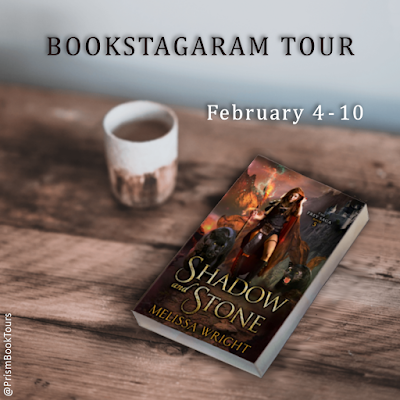 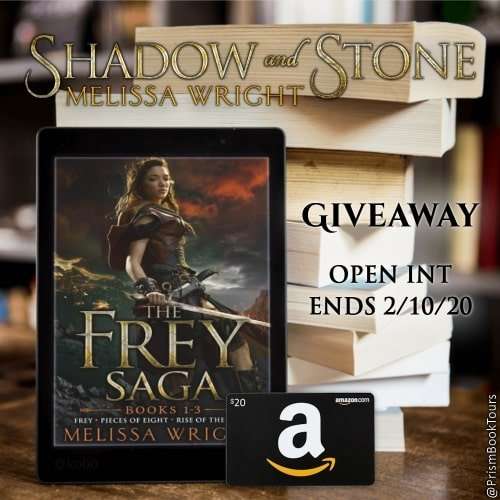 One winner will receive an ebook box set of the first three books in the series (Frey, Pieces of Eight, and Rise of Seven) and a $20 Amazon eGift Card
Open internationally (as long as winner is eligible to receive prizes)
Ends February 10, 2020

Thanks for sharing!
« The Finishing Touches That Make Your Home Perfect
The Big Buna Bash Children’s Book by Sara Arnold and Giveaway US 2/18 »