You are here: Home / Entertainment / Dolittle is Here! Get it on Digital now and Blu-ray April 7, 2020
Thanks for sharing!

He’s just not a people person! Universal Pictures Home Entertainment reignites a classic character, as Robert Downey Jr. (Avengers: Endgame, Sherlock Holmes) stars in DOLITTLE. Get it on Digital TODAY and on 4K Ultra HD™, Blu-ray™, DVD and On Demand on April 7, 2020!

Own the movie all the animals are talking about! Go an epic journey with a hilarious always cold bear, an anxious gorilla, a lovable giraffe, a ferocious tiger, and more! Fly behind-the-scenes with Robert Downey Jr. and the star-studded cast to explore the wild world of DOLITTLE. 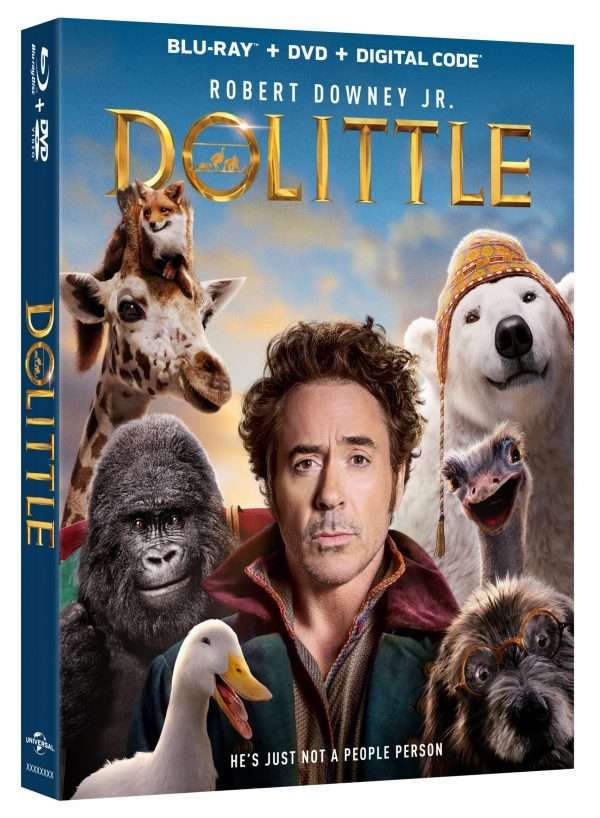 I received this film free to review; however, all opinions are my own. This post contains affiliate links. If you make a purchase, I may receive compensation at no cost to you.

Robert Downey Jr. electrifies as the man who could talk to animals: DOLITTLE.

After losing his wife, he hermits himself away behind the high wall of his manor. However, he is forced to set sail on an epic adventure when the queen falls gravely ill. Helping Dolittle in search of a rare cure are his rambunctious animal friends—including Chee-Chee, an anxious, self-conscious gorilla; Dab-Dab, an enthusiastic but bird-brained duck; the bickering duo of cynical, neurotic ostrich Plimpton and chilly-but-chill polar bear Yoshi; as well as a headstrong parrot named Polynesia.

I may have seen the original Doctor Dolittle a LONG time ago. I say may even though I’ve always thought I did see it. However, I was convinced that Fred MacMurray starred in it, and he didn’t. You know, when you’re a kid you get lots of stuff mixed up! Anyway, I knew that Doctor Dolittle talked to animals and there was a song in it. That’s about it. I never saw any of the many incarnations of the movie until DOLITTLE.

Robert Downey Jr. is incredible as Doctor Dolittle. I mean, he’s incredible in everything he’s in basically so there’s that. But, I was pleasantly surprised that at no time during DOLITTLE did I think I was watching Iron Man or Sherlock try to play Doctor Dolittle. He completely embraced this character. I love the way he interacts with Stubbins who, despite the good doctors protests, joins in on the adventure as Dolittle’s apprentice.

This movie is a lot of fun. The actors who voice the characters do so to perfection. There is adventure, excitement, and lots of humor in DOLITTLE.  It’s a great movie to watch with your family. During this time of complete upheaval around the world, we’ve got to remember to laugh. After all, laughter is the best medicine. It’s easy to get caught up in our own stuff, that we forget our kids are watching us. Don’t get caught up in your own stuff! Relax, make some snacks, and enjoy watching DOLITTLE as a family!

How To Communicate With Animals 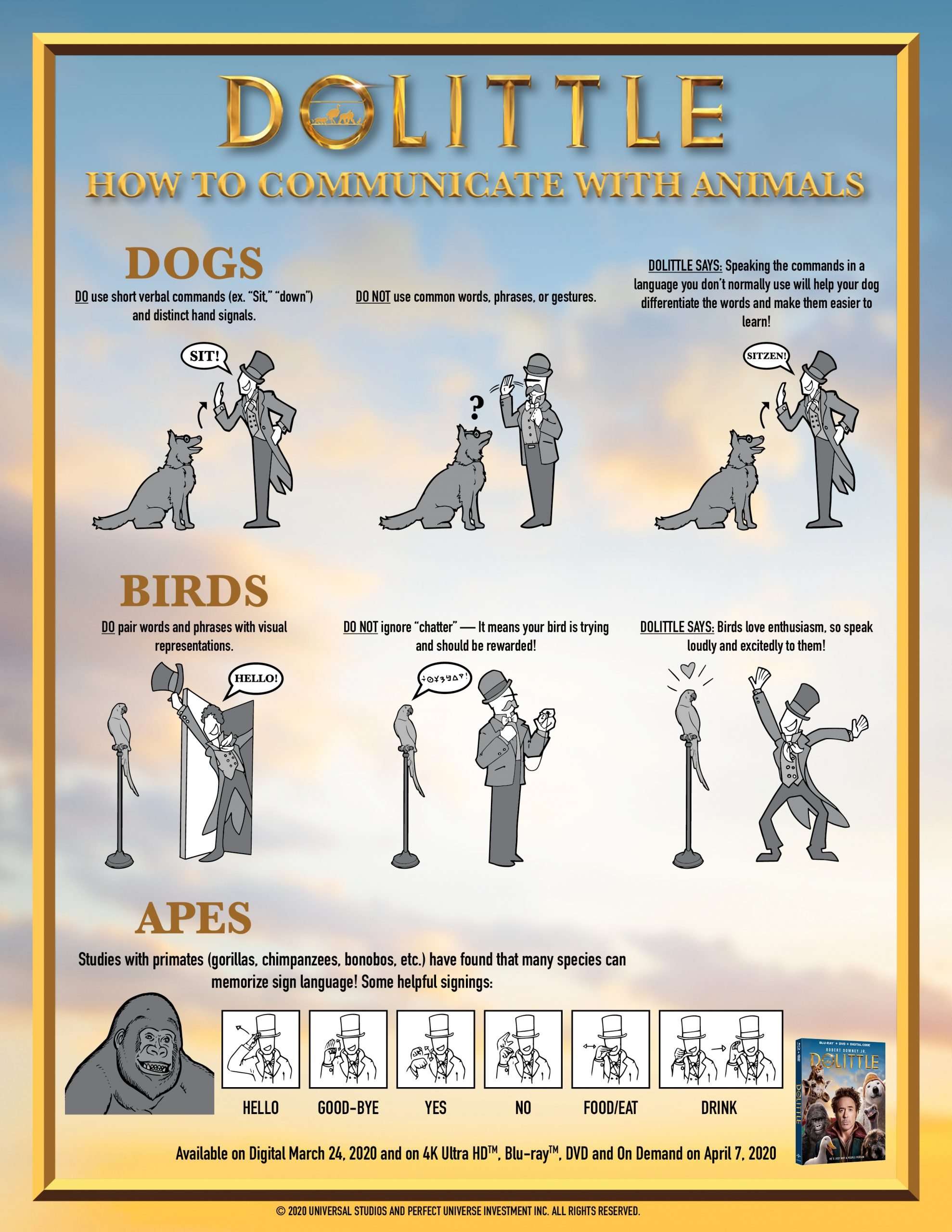 Spend your next movie night with DOLITTLE! Whip up some Yoshi Marshmallow Pops, print and fold your own popcorn bucket, and even play movie bingo! Download it all now below!

Thanks for sharing!
« “Wood” You Decorate with Timber before Understanding the Basics?
Celebrate Women’s History Month with These Children’s Books »