You are here: Home / Books / It Cannoli Be Murder by Catherine Bruns Book Review
Thanks for sharing!

The second book in An Italian Chef Mystery series that’s perfect for fans of Joanne Fluke and Sally Goldenbaum, It Cannoli Be Murder by Catherine Bruns gives readers some scrumptious sweets and lingering hostility in the small town of Harvest Park in upstate New York.

It Cannoli Be Murder 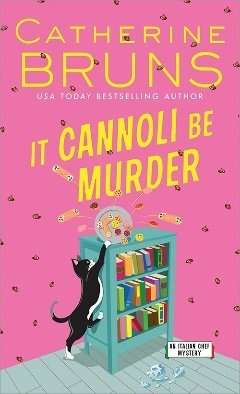 Six months after her husband’s death, Tessa Esposito is hoping to drum up reservations for her restaurant’s grand opening. And since a signing with bestselling author, Preston Rigotta, is sure to draw a crowd, Tessa agrees to cater her cousin’s bookstore event—whipping up some of her famous Italian desserts. But the event soon takes a sour turn when Preston’s publicist, an old high school rival, arrives and begins to whisk up their old grudges.

That night, a fight breaks out in front of the crowd, and it becomes clear there’s bad blood in Harvest Park. And when the publicist is found dead on the bookstore floor the next morning, a stray cannolo at her side, Tessa knows who will be framed as the prime suspect.

To clear both her cousin’s and her own name, Tessa must investigate the murder. But Preston’s publicist has many secrets to hide, and in the end, the truth is bittersweet…

My review of It Cannoli Be Murder

It Cannoli Be Murder, book two in An Italian Chef Mystery series by Catherine Bruns, takes place shortly after where Penne Dreadful, book one, left off. Tessa is getting ready for the grand opening of her new Italian restaurant, Anything’s Pastable, and she’s making lots and lots of sauce. That’s a sure sign that she’s stressed out! I wish I made sauce when I was stressed out, but I’d rather just eat it. And I’d rather eat the cannoli that Tessa makes for the book signing at her cousin Gina’s bookstore! If only they’d known that those cannoli were going to play a part in murder…

As in the first book of the series, the characters make the story. Tessa is still grieving the loss of her husband, but she’s determined to follow through on the dream they had before he died. Opening the restaurant is bittersweet for Tessa, and it is cathartic. It’s a new beginning for her…the next step in her life. She isn’t ready for another relationship, yet two men seem willing to wait until she is. Gina and Gino, Tessa’s cousins, play a big part in Tessa’s life. They’re like the siblings she never had. I really enjoy the interaction among these three the most.

The mystery in It Cannoli Be Murder is not easy to solve! When the victim is such an unlikable character, you are going to have lots of suspects. The problem here though is that Gina seems to be the only suspect the police are after. Tessa and Gina have to find the real murderer, and it’s fun trying to figure out who really killed the victim right along with them.

If you love cozy mystery books with yummy food, great characters, a cozy setting, and a puzzling mystery, you will love It Cannoli Be Murder! 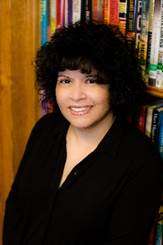 Catherine Bruns lives in Upstate New York with an all-male household that consists of her very patient husband, three sons, and several spoiled pets. Catherine has a B.A. in both English and Performing Arts and is a former newspaper reporter and press release writer. In her spare time, she loves to bake, read, and attend live theater performances. Over the past five years, she’s written fifteen mystery novels plus several novellas and has many more stories waiting to be told.

Thanks for sharing!
« How To Be A Good Role Model To Your Kids
From Beer to Eternity by Sherry Harris | Book Review »