It’s week 5 at Camp Warner Bros! I hope you’ve been enjoying camp at home! Here’s what we’ve done so far: we’ve had super hero week with LEGO DC: Shazam! Magic and Monsters, made crystal gem candy with Steven Universe!, created gummy bear slime with We Bare Bears, and last week was Scooby Snacks to celebrate the Scooby-Doo!: WrestleMania Mystery movie! This week you’ll make a Teen Titans Character Bank to celebrate the movie Teen Titans Go! vs Teen Titans. One of my US readers will win a Digital Code for the movie! 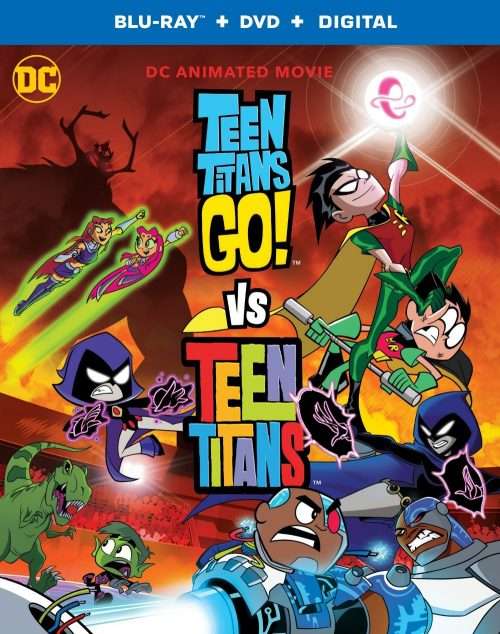 This week, when the forces of evil unite from across time and dimensions, it’ll take the combined efforts of distinctly different, yet similar Super Hero teams to keep the universe secure in the action-packed animated mash-up movie – Teen Titans Go! Vs. Teen Titans.

In Teen Titans Go! Vs. Teen Titans, the comedic modern-day quintet takes on their 2003 counterparts when villains from each of their worlds join forces to pit the two Titan teams against each other. They’ll need to set aside their differences and work together to combat Trigon, Hexagon, Santa Claus (that’s right, Santa!) and time itself in order to save the universe. 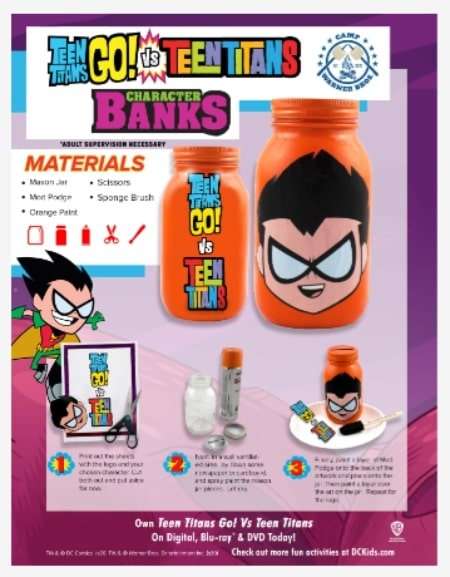 Gain control of your own Titans Tower  – and give your campers a lesson of earning, motivation, and accountability by offering allowance for their Summer Chores!

Campers can save their money in their very own Character Banks: Get the directions here

While chores can be a bore – you can figure out small incentives to help your campers learn about the value of the dollar and working hard for something they really want. You can teach budgeting and saving to help set them up for their future. If they feel like being real Super Heroes – they can even do chores for charity – and have them donate to a cause that can save someone else’s Universe!

One of my US blog followers will win a Digital Code for this movie. Giveaway ends 7/27

Thanks for sharing!
« Grand Finale for Christmas in Bayberry by Jennifer Faye
Death by Windmill by Jennifer S. Alderson | Character Guest Post »