You are here: Home / Entertainment / Movies / Family Movie / Celebrate Trolls World Tour with Fun Crafts and Recipes
Thanks for sharing!

We’re celebrating the 4k, Blu-ray, DVD release of TROLLS WORLD TOUR with fun crafts and recipes! Don’t forget to download activity sheets and watch some how-to-draw videos on my previous post. I’m also giving away a Blu-ray copy of the film, so read the post and enter the giveaway! 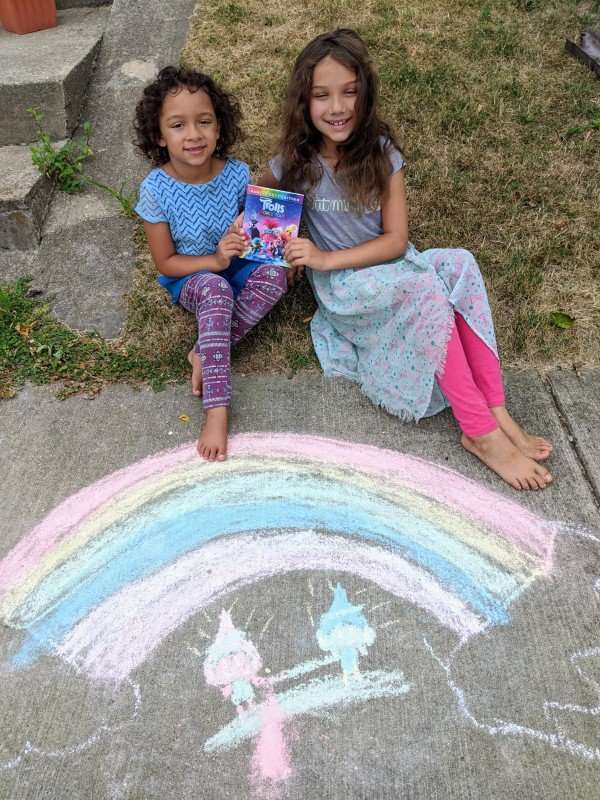 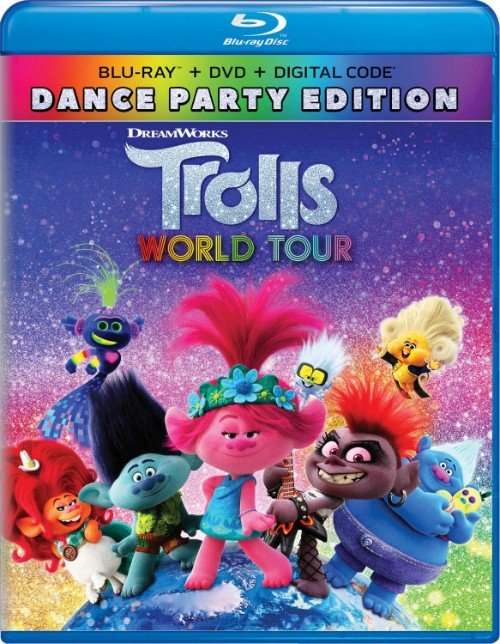 Join Poppy, Branch, and the rest of the Trolls in the all-new Dance Party Edition, available now from Universal Pictures Home Entertainment. The Dance Party Edition includes an interactive dance party mode! Learn dance moves while you watch the film. Sing along with the lyrics and find surprises featuring your favorite characters! This fun and entertaining family film is the must-own movie of the summer.

Check out this fun craft that will show you how to make your very own felt headband inspired by Queen Poppy herself! Click on the photo below to download the instructions! 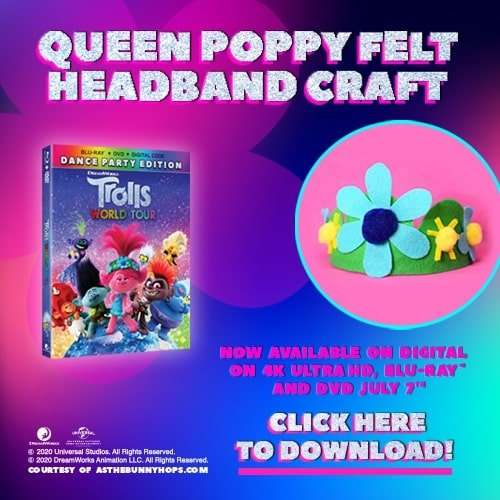 Her’s a delicious recipe for Queen Poppy’s Rainbow Pops! Dance into summer with these yummy rainbow pops in hand! Click the picture below for the recipe! 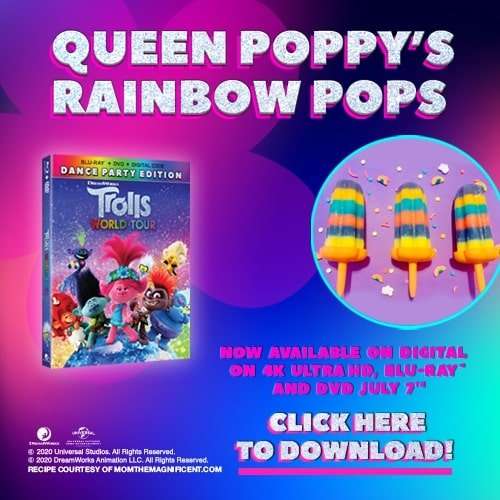 In celebration of TROLLS WORLD TOUR, breakout star “Tiny Diamond” visited The Grove in Los Angeles. Designer and illustrator Keith Kaminski created a 15 foot, 3D chalk illustration of the delightful character and debuted the installation at the center of The Grove.

I love 3D chalk art! In fact, when the sidewalk is no longer scorching, I’m going to attempt my own TROLLS WORLD TOUR inspired chalk art with my little neighbors across the street. In the meantime, check out this time-lapse video and these awesome photos of “Tiny Diamond” chalk art. 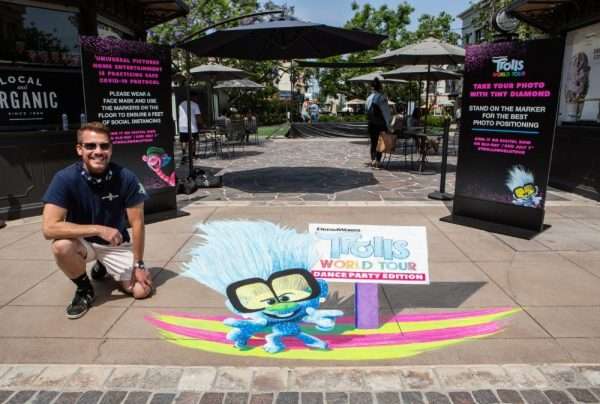 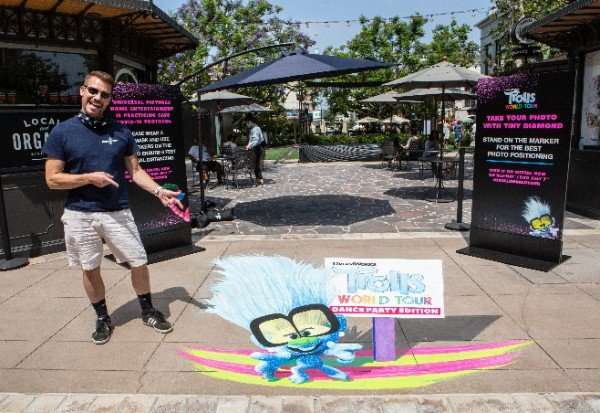 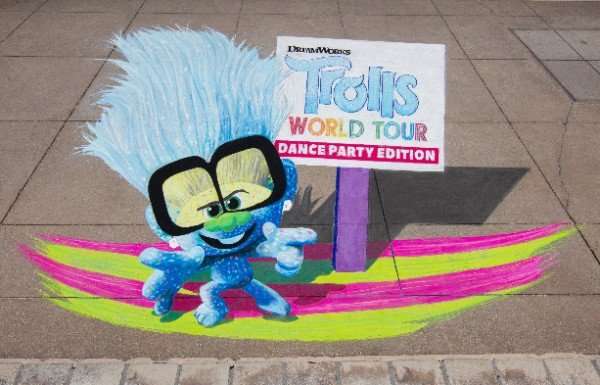 Make your own Trolls chalk art

Even if you don’t have the stencils, you can still create some colorful Trolls art! Just look at what my little neighbor girls made! 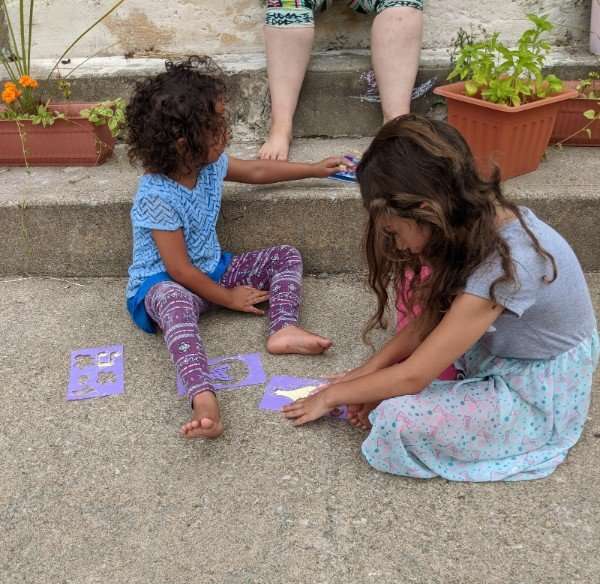 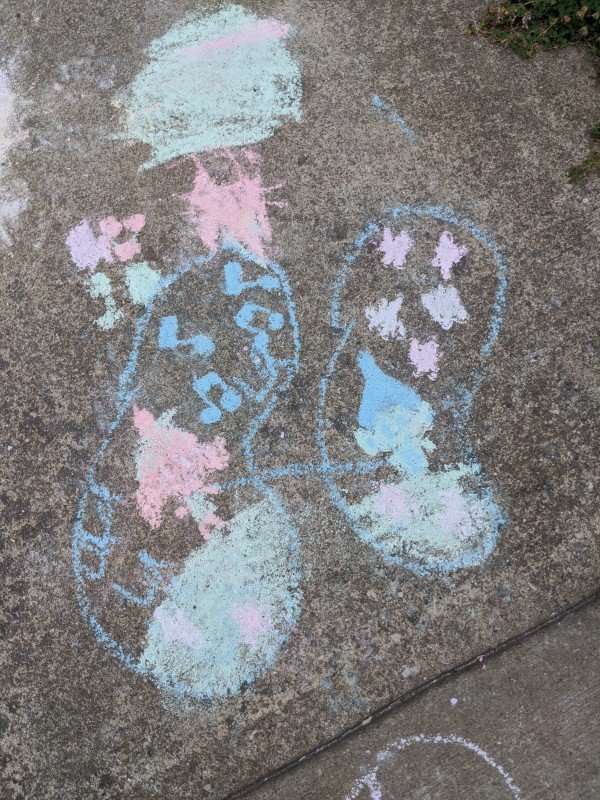 Review and tidbits of wisdom from Trolls World Tour

As you all well know by now, my kids aren’t little kids anymore! I’ve said it before, but it’s worth repeating: Cherish the time you’ve got with your children. Don’t blink. They’ll be grown up before you know it! However, TROLLS WORLD TOUR is not just for kids! I was watching this when my 25 year old daughter came in the room to make a homemade card for her cousin. We both thought the movie was very cute, and it has some serious wisdom in it.

Younger kids will love it for its bright colors, upbeat music and dancing, silliness, and happy ever after. Older kids and adults will enjoy it for the same reasons, but, as I said before, they’ll also appreciate the tidbits of wisdom TROLLS WORLD TOUR has to offer.

One quote that really resonated with me is from Poppy. She says, “We have to be able to listen to other voices, even when they don’t agree with you. They make us stronger, more creative, and more inspired.” So, why have people forgotten this? Right now, in America, we are so divided! It feels as if certain groups of people want us to have a hive mind. If you don’t agree, you’re bullied, blocked, and made to feel less than. When a troll has more wisdom than most people, that’s saying something!

Barb, the rock queen, shares this tidbit of wisdom, “Hating takes a lot of energy.” Preach it, girl! Totally not the same movie, but every year we watch INDEPENDENCE DAY (the original one) on the 4th of July. If you haven’t seen it, you must be young!  Anyway, Julius says, “All you need is love. John Lennon said that. Great man. Shot in the back. Very sad.” True. Love conquers hate, and like Barb says, hate takes lots of energy. It saps us of happiness. Our joy disappears.

Finally, I’ll leave you with these three tidbits of wisdom from TROLLS WORLD TOUR:

Thanks for sharing!
« Vangie Vale and the Larcenous Lava Cake Character Guest Post
Will You Be Friends with Me? | Kindness Counts Guest Post »