You are here: Home / Books / Seven Ways to Kill a King by Melissa Wright Book Excerpt
Thanks for sharing!

Welcome to the Prism Book Tours book tour for Seven Ways to Kill a King by Melissa Wright. Stop by each blog for excerpts and reviews from the book! 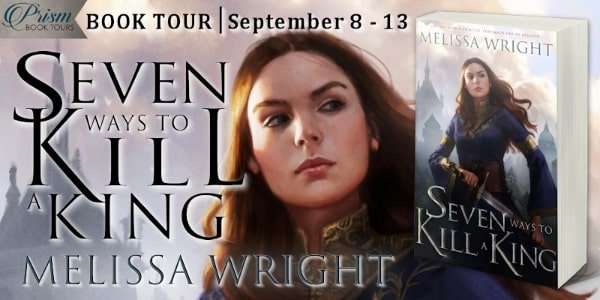 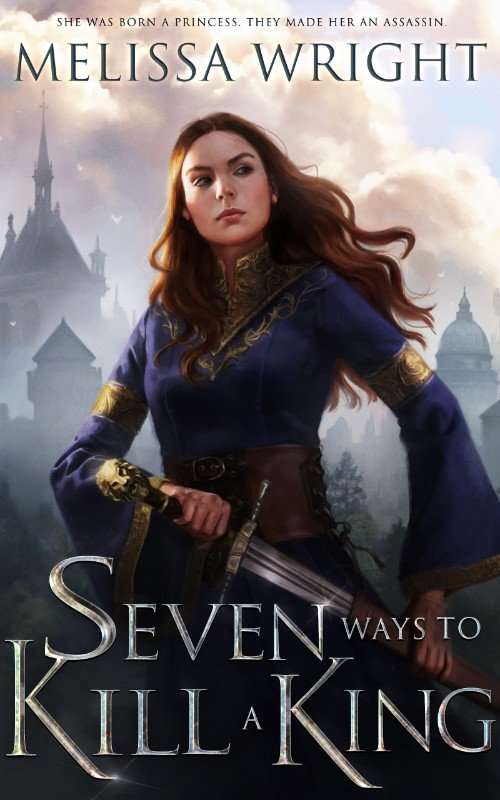 Seven Ways to Kill a King

She was born a princess. They made her an assassin.

One was an accident. Two a coincidence. By three, they would know. It would be harder, but I would avenge my mother’s death. These kings would pay that price.

Seven cities make up the Storm Queen’s Realm, each of their self-crowned, murderous kings are one of Princess Myrina’s marks. The treasonous curs may have banded together to share a stolen throne, but soon they will fall.

They thought her dead, killed in the massacre. They thought their rule secure, but Myrina of Stormskeep has awoken. With the help of her loyal bloodsworn, the shadow princess of will have her revenge.

For fans of The Witcher and Game of Thrones—a new princess set on vengeance is here to steal your heart.

Cass dropped the body of a small rabbit onto the ground across from her. Its form was limp and molded to the curves of the earth. He knelt before it wordlessly and shifted the rabbit to puncture its fur.

“Have you thought about it? About what you’re going to do?” His low voice felt loud in the darkness. His long fingers curled tighter around the animal’s neck as he pulled the pelt slowly down its form.

Miri knew what he was doing, but she would not be scared away, and she let him see it in her gaze.

“You’re not capable of killing a man with your bare hands.” His words were flat and without malice.

She didn’t bother arguing that she would have a sword. She knew how the struggle of fighting went and that it was never truly how one planned. “I have killed,” she said quietly.

“It’s not different.” It was. Killing to eat was not killing to kill. Wild game was no man. It was only a meal.

Cass was trying to scare her because of what she’d done and because they were getting closer to Pirn and the nearness of executing her plan. But there was no turning back. She had no other choice.

Melissa is the author of more than a dozen young adult and fantasy novels and countless to-do lists. Her most popular titles are The Frey Saga and Descendants Series. She’s currently working on the next book, but when not writing can be spotted collecting the things she loves at Goodreads and Pinterest. Contact her through the web at www.melissa-wright.com 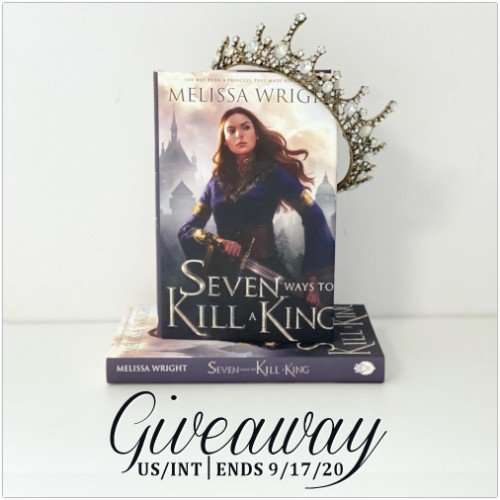 One winner will receive a copy of SEVEN WAYS TO KILL A KING and a Crown (as pictured), if winner is outside the US a $25 Amazon gift card will be sent instead

Thanks for sharing!
« The Italian’s Unexpected Heir by Jennifer Faye | Book Review
The House of the Setting Son: A Misty Dawn Mystery by Nancy Silverman Book Review »