You are here: Home / Travel / George Goes Everywhere Takes You on a Tour of the U.S. for $100 or less
Thanks for sharing!

For anyone who has ever longed to see the sights of the good old U.S.A. but thought that financially there was just no way, George Goes Everywhere dispels that myth and shows you how travel within the continental United States is possible without breaking the bank. From famous landmarks to off-the-beaten path destinations, George Igoe’s eponymous series, on the Million Stories platform (the free financial literacy entertainment channel from the Singleton Foundation), explores some of your favorite American cities without spending more than $100. Yes, that’s right! With a bit of planning, ingenuity, and a deep-dive into the travel sphere, all you need is a “Benjamin” to wing your way to fun and adventure. 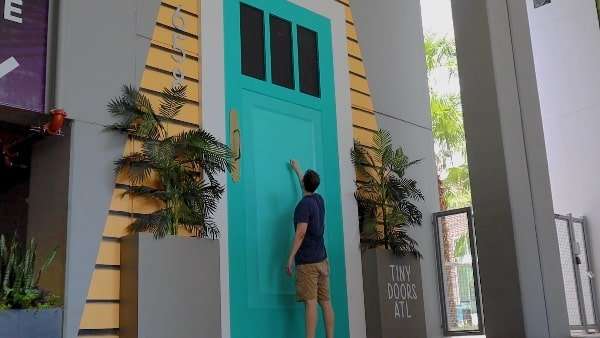 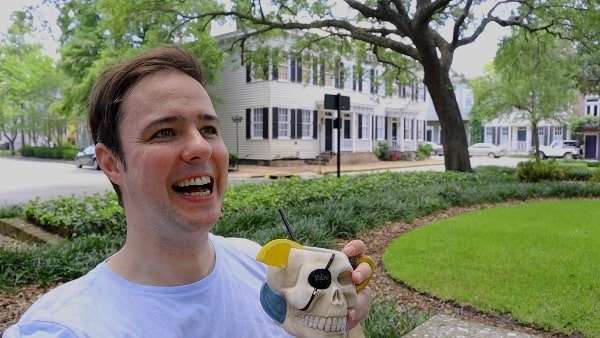 At a glance, it would seem virtually impossible to experience anything in these cities on a shoe string budget of $100. But, O ye of little faith. George Goes Everywhere unveils the secret to cheap thrills and jaunts that turns a would-be traveler into a globetrotter.

Think outside the box

With affability and an up for anything attitude, George Igoe is your tour guide for overlooked excursions, regional cuisine, iconic spots and libation hide-a-ways. “I want each episode to have something for everyone that is easily affordable,” says Igoe. “If there is one take-a-way from this show, it’s that when it comes to travel no one-size fits all. You just need to be willing to think outside the box, and then, what seemed impossible becomes possible. It’s also exciting to uncover hidden gems tucked away in each of these magnificent cities.”

Some of Igoe’s favorite discoveries include a bar dedicated to the 16th President of the United States, a local artist creation and grandma’s home cooking. “Abe’s on Lincoln is a bar in Savannah where every wall is covered in napkins with drawings of Abraham Lincoln,” says Igoe. “Anyone can contribute a drawing as long as it meets the bar’s high standards of quality. Tiny Doors ATL is an installation of numbered 7-inch doors, created by artist Karen Anderson Singer, spread throughout Atlanta. It’s such a fun and creative concept. Enoteca Marie Nonnas of the World is a restaurant, in Staten Island, where each day a different grandmother from a different country creates that day’s cuisine from that nation. It’s definitely a must try.”

Those who want the standard tourist attraction experience need not worry. George Goes Everywhere has something for you, too. “There’s The World of Coca-Cola in Atlanta and The Boston Tea Party Museum in Boston,” says Igoe. “These are well-known tourist attractions that I was able to include with no problem.” 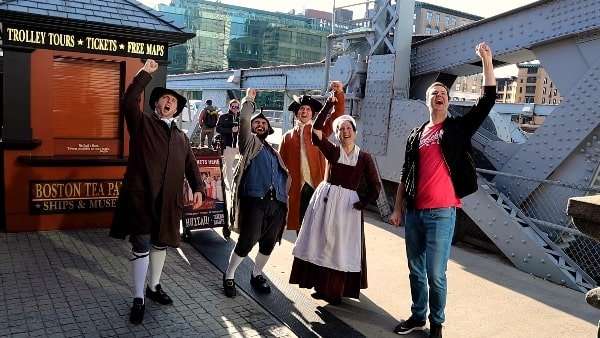 To get started, Igoe recommends finding affordable experiences around your hometown and then branch out to neighboring cities and states. “The Atlas Obscura is a great resource that catalogs unusual and out-of-the-way happenings in your city,” says Igoe. “Just remember to broaden your horizons and open yourself up to new and different experiences.”

Bitten by the travel bug in college, Igoe’s burning ambition to see the world far exceeded his means. Refusing to be deterred, Igoe set out to see just what he could do with only $100. “During one of my trips about eight years ago, I allotted $100 to spend in a single destination,” recalls Igoe. “It wasn’t a hard budget like you see in the show, but more of an informal way of keeping track of my spending. What I discovered is that with some research, planning and creativity, it was doable to experience some great things in a city without going over $100.”

George Does It All!

Igoe also keeps his production costs to a minimum by wearing all the hats for George Goes Everywhere. “I research, write, shoot, and edit everything myself,” says Igoe. “That one-man crew style is how I’ve always done it when making content for my YouTube channel, so I carried it over to this show. Within a matter of days, I am able to post a show for all to watch.”

He does, however, need to get clearance before filming in many of the establishments featured in the series. “I have to get permission to shoot anywhere I go,” says Igoe. “That’s why I have a field producer on the road with me. She works to get the proper releases and handles any paperwork/logistics that come with creating this show.”

Through George Goes Everywhere, Igoe hopes to unleash your inner wanderlust and untether you from the misconception that travel on a C-note cannot be done. After watching Igoe venture from city to city and experiencing their unique history, art, food, drink and nature, you, too, will find yourself rearing to scratch the travel itch.

Thanks for sharing!
« Guilt is Midnight Blue | Chocolate Peanut Butter Fudge Cookies Recipe
Living Your Best Life At Any Age »